Building Stronger Public Health through the Pandemic and Beyond
Skip to Content
What you need to know about the defense industry - in your inbox.
Business
US Marines Say F-35 is Ready for War

Seven years late and billions of dollars over its original budget, the Joint Strike Fighter is deemed ready to fight.

The Pentagon has declared the U.S. Marine Corps version of the F-35 joint strike fighter ready for war, seven years later than planned in 2001, when the U.S. launched its ambitious project to build a common warplane for the military and its closest allies.

The battle-ready milestone marks the most significant moment for the $400 billion program, the most expensive project in Pentagon history.

“The weapons system is now in the warfighters’ hands and can be called upon to do its mission,” Air Force Lt. Gen. Christopher Bogdan, the F-35 program manager said in a statement.

To obtain battle-ready status, which the military dubs initial operational capability, a new weapon must meet a series of benchmarks. The Marines wrung the jet out in a recent five-day, live-fire evaluation. The verdict: today’s jets can perform basic military missions effectively in combat.

“It is capable of conducting close air support, offensive and defensive counter air, air interdiction, assault support escort and armed reconnaissance as part of a Marine Air Ground Task Force, or in support of the joint force,” Marine Corps Commandant Gen. Joseph Dunford said in a statement. Future versions of the F-35, of course, will receive various improvements. 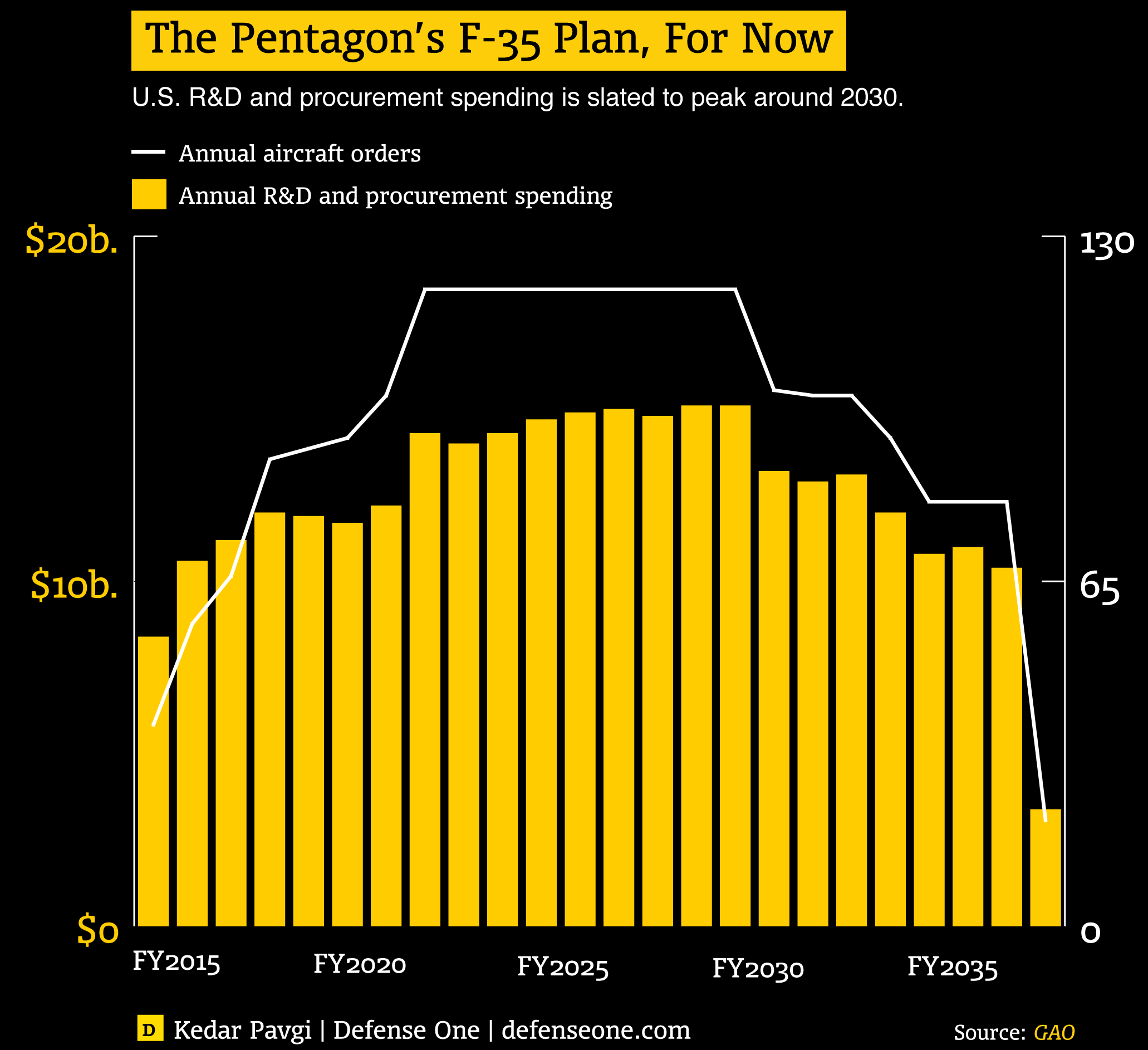 If needed, the Pentagon could deploy 10 aircraft from Marine Fighter Attack Squadron 121 at Marine Corps Air Station Yuma on a Navy amphibious assault ship or to an austere location somewhere the world. Still, the jet is not expected to join the airstrike campaign against Islamic State militants right away.

The Marine F-35 – which can take off from short runways and land vertically like a helicopter – will replace the Corps’ AV-8B Harriers, F/A-18 Hornets, and EA-6B Prowler.