Priorities for a (Clinton) White House; The A-10’s forgotten mission; Why picking a training jet is so hard; and more.

It’s late August, when the Pentagon is supposed to downshift before throttling up for the marathon month that is September. Has that happened? Of course not! Instead we’re seeing multi-billion dollar aircraft orders ($10.2 billion for C-130s), controversial foreign arms sales (an Abrams tank deal with Saudi Arabia), and various reports slamming the Pentagon (keep reading). The latter two are sure to fuel debates in a politically charged Congress that will return briefly next month before taking off to campaign for November’s elections.

Defense One readers are well aware of the Air Force’s controversial decision to retire the A-10 attack jet. But lost in the whole “there’s no other plane in the world that can protect ground troops like the Warthog” debate is another little-known A-10 mission: directing and protecting the helicopters sent to rescue downed pilots.

The mission is called Combat Search and Rescue-Sandy, after the call sign that pilots use on these flights. The A-10 is the only plane that flies it, according to a new Government Accountability Office report.

The Air Force is spending $8 billion for new search-and-rescue helicopters, but it’s unclear right now how it plans to keep them safe. “The Air Force has not formally determined what aircraft, if any, will replace the A-10 for this mission,” Air Force officials tell GAO.

Service officials looked into using F-16 or F-15E fighters for CSAR-Sandy, but found the pilots of those planes had no time in their schedule to get the intensive training required for this extra mission, according to the report. It takes between five and 10 years before an A-10 pilot becomes a Sandy rescue mission commander.

Plus, the Air Force concluded the F-15s and F-16s would need a number of upgrades. The report doesn’t say it, but these upgrades (new communications gear, weapons and survivability systems) cost money, which is the whole reason why the Air Force says it has to retire the A-10 in the first place.

Expect to hear about this again from lawmakers who oppose putting the A-10 out to pasture.

Why Picking a Training Jet Is So Hard

Buying expensive planes is never an easy task, but the U.S. Air Force will have a particularly tough time finding a way to judge four jets vying for a $15 billion deal to replace the 55-year-old T-38 Talon trainer. Here’s the difficulty: two of the planes are versions of jets already being built and two are brand-new, “clean sheet” designs. Typically, all are one or the other: 2011’s tanker competition saw two in-production designs, the Boeing 767 and Airbus A330, while this year’s stealth bomber competition was between two newly designed aircraft.

Here’s who’s vying for the trainer contract. Lockheed Martin and Korea Aerospace Industries are pitching the T-50, already being flown by the South Korean air force. Raytheon has teamed with Leonardo (the newly renamed Finmeccanica) to pitch the T-100, a version of the M-346 flown by Italy, Israel and Singapore. Northrop Grumman has teamed with Scaled Composites to build a new plane, which was recently photographed by plane spotters in California, while Boeing has teamed with Saab to build a new plane of its own, which they plan to unveil next month.

The Air Force plans to evaluate paper proposals and fly the jets — production models of the T-50 and T-100, prototypes of the clean-sheet aircraft. Each plane must meet basic performance requirements. If a plane exceeds those parameters, the bidder will get extra credit (aka money subtracted from their total bid).

Since the bidding parameters are still not finalized, the various teams are already trying to work the refs. For example, Gregory “Speedy” Martin, a retired Air Force general-turned-Northrop consultant, argues in a white paper being passed around defense circles that the prototypes shouldn’t be expected to perform as well as the T-50 or T-100 — but that their new designs will be better suited for the next half-century. “[T]hey are best positioned to deliver designs, manufacturing plans, and advanced material technologies that can exceed the [Air Force’s] threshold requirements, cost significantly less to operate,” Martin writes.

Steve Hixson, Northrop Grumman’s T-X senior capture executive, said his firm “went to a purpose-built design in order to provide the United States Air Force with the advanced capabilities and affordability that we believe are critically important to them, as they use it to train our nation’s pilots for the next fifty years.”

Meanwhile, the companies pitching aircraft already in production argue they could get planes to the Air Force faster, cheaper, and with less risk. The T-50 is “essentially ready from day one,” Justin Dillard, Lockheed Martin’s T-X deputy program manager, told me in Fort Worth, Texas, earlier this year.

Air Force officials are looking at how to judge each proposal.

“Each partner is in a different place and each one is going to have to look at what we valued and the investment they would have to make to deliver that objective capability versus that threshold capability,” Lt. Gen. Arnold Bunch, the Air Force military deputy for acquisition, said in a statement to Defense One.

They have taken the unprecedented step of meeting with the four teams vying for the contract. Companies have been trying to anticipate what the Air Force will wants. So far, firms have logged nearly 600 questions about the bidding parameters.

“We have changed some of the requirements [and] have morphed and adjusted,” Bunch said.

For example there have been changes to requirements for the aircraft’s glass canopy, which covers the pilots in the cockpit, Air Force officials said.

“Feedback from industry so far has been very positive with that open, collaborative communication and willingness to have the dialogue,” Bunch said.

Welcome to the Defense One Global Business Brief by Marcus Weisgerber, your new weekly source for all things future-of-the-business-of-defense. Who said things slow down in August? Send your tips, comments, and random thoughts to mweisgerber@defenseone.com, or hit me up on Twitter: @MarcusReports. You can check out the Global Business Brief archive here. And don’t forget to subscribe!

Boeing Wants to Patent a Fire-Fighting Howitzer Round // Patrick Tucker

But the long-awaited Defense Science Board study tiptoes around the question of armed autonomous systems.

The Baghdad Post says the machine-gun-wielding unmanned ground vehicle will be used in the effort to retake Mosul.

What to Look for from the Next President

In a new note to investors, Byron Callan of Capital Alpha Partners laid out several key areas that investors and firms should watch as the next administration shapes its defense policy: the debate over buying new ICBMs; the rate which the Pentagon buys F-35s; the size of the Army; the number of Navy ships; commercial space launch; new space surveillance and communications; and how a new administration defines the defense industrial base.

And if Hillary Clinton should win, expect the Pentagon’s Silicon Valley-and-tech focus to continue. “We would expect a Clinton Administration to continue outreach to commercial technology sectors and that acquisition reform will focus more on the “need for speed” and broader technology access,” he writes.

The Army continues taking baby steps toward buying more powerful engines for the Black Hawk and Apache helicopters. It gave General Electric and a Pratt & Whitney-Honeywell team, $100-plus million to keep working on their prototype engines. The Army plans to choose one of the two next-generation engines two years from now. The goal is to buy a new engine that is 50 percent more powerful, 25 percent more fuel-efficient, and provide 20 percent longer engine life over the current engine, while performing better at high altitudes in hot weather.

National Defense Industrial Association president and CEO Crain McKinley, a retired U.S. Air Force general, announced he would retire at the end of the year after two years on the job. NDIA, which touts itself as the “nation’s largest and longest-standing defense industry association,” said McKinley would continue advising defense firms and serving on corporate and nonprofit boards. Korn Ferry will lead its search for a new leader. 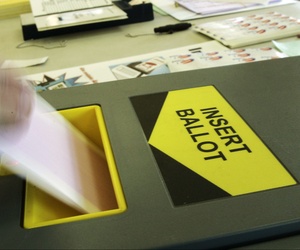 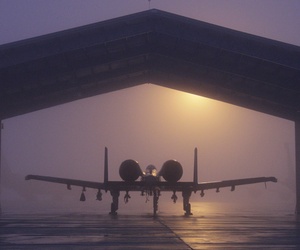 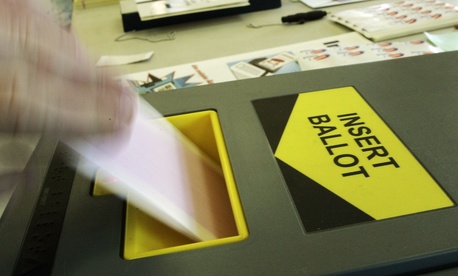 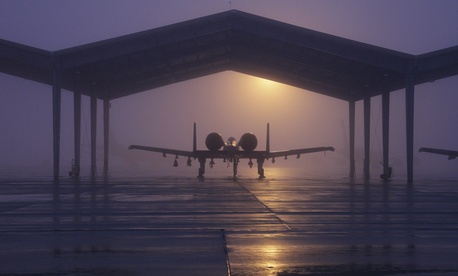