Last year, Byron Callan was among the first to seriously examine what a President Trump would mean for Wall Street and the investment community.

The Capital Alpha analyst opened his Dec. 13, 2015, note like this: “We don’t expect Donald Trump will be the next President. However we have some thoughts regarding defense if we are wrong.” The gist: we don’t know much about Trump’s defense plan other than some broad themes.

A year later, we still don’t know the specifics, but it appears that defense spending could be one of this election’s biggest winners. Companies had been expecting a boost no matter who won; the question was how much. Now with a Republican heading to the White House in January and the GOP keeping control of both chambers of Congress, the consensus appears “higher than expected,” even though Trump has not yet laid out detailed detailed defense plans.

“Overall we believe the outcome of the recent election will bolster what was already an improving demand environment for defense contractors, despite some uncertainties about spending levels and priorities,” said Christopher Denicolo, a credit analyst with S&P Global.

The other big factor: The Budget Control Act — sometimes called sequestration — which caps federal spending. The BCA runs through 2021 and lawmakers must find a way to repeal it in order to spend more on defense. The other option is to pay use the war budget — know as Overseas Contingency Operations — to fund the increases.

Where to watch. Defense stocks have performed well in recent years despite a slide in defense spending. They have cut jobs and factories to reduce overhead from less government work. Many have also looked for business overseas.

Campaign donations from employees of defense firms ran 2-to-1 for Hillary Clinton. But in the wake of Trump’s upset victory, defense executives expressed a high level of optimism they they would see more Pentagon business heading their way.

What sectors might see more investment? Aside from what’s been broadly mentioned by Trump — ships, aircraft and missile defense — we could look to the woman leading his Pentagon transition team for some clues.

Mira Ricardel is a former Boeing executive and former acting assistant secretary of Defense for International Security Policy in the George W. Bush administration. Tony Bertuca over at Inside Defense confirmed her Trump assignment this week. She’s working for Keith Kellogg, a retired Army lieutenant general who is in charge of the defense transition writ large, including the Defense and Veterans Affairs departments.

In recent years, Ricardel has called for satellites to track missiles launched by rogue states and lasers to blast those rockets from the sky. At an August conference in Alabama, the head of the Pentagon’s Missile Defense agency talked about those two subjects, lasers and tracking satellites.

Since Ricardel worked in Boeing’s Strategic Missile & Defense Systems, that could bode well for the Pentagon’s nuclear-weapons overhaul. While the Air Force’s new B-21 stealth bomber and Navy’s Columbia-class missile submarine appear to have backing inside the Pentagon and on Capitol Hill, the wildcard has been the prospect of a new ICBM. Ricardel’s background suggests more emphasis on the effort, defense observers say.

Where we might get some clues about Trump’s Pentagon? The conservative Heritage Foundation — which Trump has relied on for advice — is releasing its third annual “Index of U.S. Military Strength” today, the “latest assessments of global threats and the U.S. military.”

A common theme in the two previous versions of the report are that the military is too small, in terms of people and equipment, to fight two wars simultaneously.

You’ve reached Defense One’s Global Business Brief. With the dust still settling from Trump’s victory, we’ll be spending the next few months focused on the transition and what it means for the business of defense. Send your tips, comments, and random thoughts to mweisgerber@defenseone.com, or hit me up on Twitter: @MarcusReports. Check out the GBB (yes we have our own acronym now) archive here, and tell your friends to subscribe!

In early trading, the new commander in chief’s promises to rebuild the American military are helping defense stocks buck the wider market plunge.

Most of the $278 billion in approved sales have gone to Saudi Arabia and other Mideast allies.

One computer forecasting system predicted Trump’s victory — the one with the least human input.

New Faces at the Pentagon

There has been widespread speculation in recent months about top Pentagon officials who wanted to remain their positions should Clinton be elected president. So who is might be in line for jobs in a Trump Pentagon?

While there have been reports though that the Trump team has had difficulty filling national security seats, my pal Dan Lamothe at The Washington Post has a good write-up for some of the names being tossed around, Sen. Jeff Sessions, Rep. Duncan Hunter and Steven Hadley. Joseph Schmitz, a lawyer who served as the Pentagon’s inspector general during the George W. Bush administration, has advised Trump and could be in line for a security-related position.

There had even been whispers — much earlier this year — that Defense Secretary Ash Carter was interested in sticking around. But it’s likely that the only Obama appointee who might stick around to help with the transition is Deputy Defense Secretary Bob Work.

Now to some non-election news. Sierra Nevada, the privately held aerospace and defense firm, and its subsidiary Kutta Technologies plan to open an office in Huntsville, Alabama, near the Army’s Redstone Arsenal. Kutta specializes in drone technology, notably mobile ground controllers for soldiers on the battlefield. “Having a local presence near Redstone Arsenal is a tremendous opportunity to improve our ability to assist our customers and continue to advance new and existing programs,” said David Barnhard, Kutta’s director of business development.

Want to Buy an Army Humvee?

More than 400 of the AM General-made trucks are up for auction next week. “These specialty units are demilitarized and outfitted for sports and outdoor enthusiasts,” boasts IronPlanet, the online auction house brokering the sales. Bidding starts as low as $3,500 for damaged vehicles and $35,000 for ones in better shape. Many are painted in green camouflage. A portion of the proceeds will be donated to Fisher House Foundation, IronHouse said in a statement. With the Army buying more than 50,000 new Joint Light Tactical Vehicles, more Humvees could hit the surplus market in the coming years. Check out more, here. 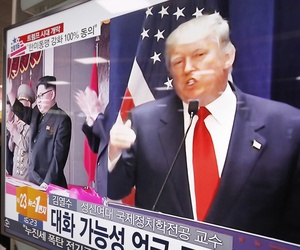 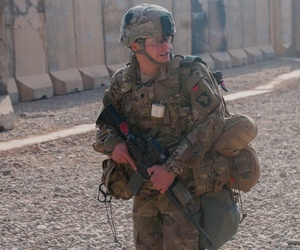 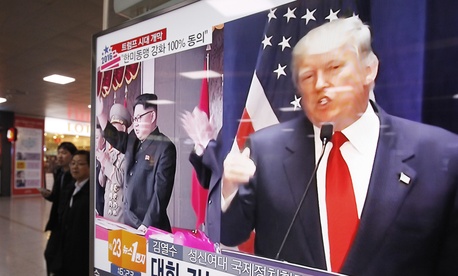 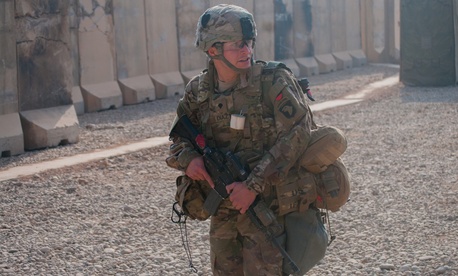