Even as we parse last week’s White House meeting between President Donald Trump and Boeing CEO Dennis Muilenburg, might there be another defense contract destined for a presidential intervention?

After six months of negotiations, the Pentagon and Lockheed Martin have been unable to reach a deal for the latest batch of 130 F-35 Joint Strike Fighters.

“Although I will tell you I’m not as satisfied with the collaboration and that cooperation by Lockheed Martin,” Winter said. “They could be much more cooperative, collaborative and we could seal this deal faster. We could. They choose not to and that’s a negotiating tactic.”

(It’s also a negotiating tactic to say that one week before a House Armed Services Committee hearing on the project.)

Still, Winter said the Pentagon is “nowhere near” imposing a take-it-or-leave-it contract as they did in 2016 after 18 months of negotiations were unable to yield a deal. The admiral declined to how much he would like to see cost of each plane drop, saying that would give a “target” to Lockheed.

“I’m negotiating for the best deal,” he said.

The “real negotiations” started six months ago. Winter said that’s when Lockheed provided its “first offer” to the government, although the firm sent its initial proposal for this batch of planes to the government in 2016.

Lockheed, in an emailed statement, said it hoped to “finalize the agreement as soon as possible. We’re focused on continuing to drive down the cost of the F-35 and deliver its transformational capabilities to our US and international partners. We look forward to partnering with the [F-35 program office] to reach the best possible agreement for the warfighter, taxpayer and industry.”

So should the president, who injected himself into a previous round of F-35 negotiations last year, get involved?

“I have my top negotiator and that’s on purpose,” Winter responded. He would disclose only that her name is Julie and that she has a NAVAIR 2.0 contracting competency.

“She will be negotiating not only [this batch of planes], but all my future production contracts for as long as I can keep her in the government,” Winter said. “She will stare down anybody….More important, she comes prepared with facts.”

If that doesn’t work, there’s always the negotiator-in-chief.

You’ve reached the Defense One Global Business Brief by Marcus Weisgerber. Greeting from the Pentagon City Starbucks, which is far less glamorous than the poolside table in Orlando where I wrote last week’s edition. Want to say hi? Send me a note here: mweisgerber@defenseone.com or @MarcusReports. Check out the Global Business Brief archive here, and tell your friends to subscribe!

The White House’s “fixed-price deal” may still leave the taxpayer on the hook. And a spokesman seems to have inflated the projected savings.

A defense source tells Russian media that military engineers have advanced work on the next big anti-satellite weapon.

Winter’s comments came during a press briefing that provided a snapshot of where his $400 billion project stands. While the briefing might have lacked the showmanship of Lt. Gen. Christopher Bogdan, the program’s former head, many themes remained the same.

There are technical improvements, but more are needed. The price of the planes are falling, but not fast enough to the government’s liking. Lockheed is hitting its production numbers, but there are quality-control problems during manufacturing.

Here are some highlights from Winter’s briefing.

No, I’m not talking about the ones the line the walls of the cavernous cargo haulers. I’m talking about the more, err, comfortable palletized seats that are rolled onto C-17s an C-130s for military brass (and the reporters who occasionally accompany them into warzones). The seats used now are pretty old, but Rockwell Collins’ B/E Aerospace debuted a new version at the Air Force Association Air Warfare Symposium in Orlando last week.

The pallet had three leather “premium economy” seats and a galley with a decent-sized bathroom. The latter amenity has a “closed vacuum waste system,” which can be described less technically as not having that nasty blue water sloshing around inside, according to Rockwell’s Tim Dickinson. The seats on display had iPads tucked inside their armrests that connect to the pallet’s built-in WiFi network.

Eight pallets, customizable for various seating configurations, can fit on a single C-17. What’s more, the company has also designed a new version of the “Silver Bullet” — a highly modified Airstream trailer with specialized communications, office space and sleeping quarters used by defense secretary and other important government officials when they ride on a C-17.

Read This If You Think Ejection Seats Are Fascinating

Let’s stay in the subject of aircraft seating, shall we. If you’ve ever flown on an ejection seat, you know the importance of this lifesaving technology. (BTW, our cousins at Quartz have an awesome explainer on ejection seats.) The evolution of the ejection seat was on full display at the AFA conference last week. A new Martin Baker ejection seat (which was on display) is far more advanced they many of the ones used by the military today. Think of how the seats in your car have evolved over the past 20 years — airbags, motorized adjustments, other safety features. The same is true of a new Martin Baker seat, which has airbags that stabilize the ejectee’s (is that a word?) head, and even netting that protects a person’s arms when shooting out of an aircraft. And for the record, the company’s ejection-cord keychains are the best piece of swag given out these days.

The Pentagon’s 2019 request for intelligence is a half billion dollars more than it asked Congress for in 2018, the Defense Department announced this week. Why it matters? It shows the Pentagon will increase clandestine activities despite largely dealing with ISIS. As the Obama administration began withdrawing troops in Afghanistan, its military intel budget request fell as well. Not the case this time around. Here’s an updated look at the numbers we showed you last year.

Walk into any large store from Target to Costco, and you’re sure to see some type of drone technology in the shelves. (Side note, if I didn’t live inside the DC-restricted zone, I’d most certainly have one). But the large drone market is about to explode, according to a new white paper being circulated by the Aerospace Industries Association and Avascent. Today, that market accounts from about $400 million today to $30 billion in 2036. “[M]anufacturing and services for long-haul cargo and passenger aircraft” will drive the growth, according to a an AIA statement. Oh, and they project 60,000 jobs being tied to the market too. “This new market requires U.S. regulators to adopt a posture that both ensures safety and fosters commercial innovation. Recommendations for maintaining U.S. leadership in this developing market include codifying near-term needs for detect-and-avoid operations, autonomous certification and spectrum allocation; international harmonization of regulations and performance-based consensus standards; and modifications of civilian UAS-related export and trade restrictions.”

What to Make of GD’s Planned Acquisition of CSRA

Our friends at Govini have a new report analyzing General Dynamics’ planned $9.6 billion acquisition of CSRA. Some key takeaways:

Also: The Pentagon is reviewing the proposed acquisition to see if it eliminated competitiveness in the IT market, Defense News reports.

You Should Go to Jim McAleese’s Conference

I really mean that and I’m not blowing smoke. For people who track the budget-and-buying side of defense, the McAleese and Associates/Credit Suisse annual event never disappoints. Plus, he has an A+ lineup this year. It includes: Michael Griffin, undersecretary for research and engineering; Air Force Secretary Heather Wilson; the undersecretaries of the Army and Navy; top service acquisition officials; congressmen, senators, and more. (When I covered it with my former colleague Zach Fryer-Biggs, we would tag-team the panels so we could listen to the speakers while buttonholing the high-profile Pentagon/industry/Wall Street attendees in the audience. Be warned: there are typically no breaks between sessions because McAleese himself never takes a break.) The March 6 event at the Sphinx Club on K Street is free. If you want to attend, email Jim at jmcaleese@mcaleese.com to register.

That’s why Bell Helicopter is now simply Bell, thanks to the company’s first rebranding since it was purchased by Textron in 1960. The new logo is a rather militaristic shield. “Bell wanted to highlight the tenacious pursuit of flight with its depiction of a dragonfly, while grounding the logo with a shield to illustrate the company’s stellar reputation in reliability and quality,” the company said in a statement. The maker of the V-22 Osprey, a tiltrotor that takes off and lands like a helicopter, by rotates its engines and nacells to fly like a plane, is developing a similar aircraft, the V-280 Valor, which it’s pitching to the Army.

On Feb. 27, President Trump nominated Charles Verdon to be deputy administrator for defense programs at the National Nuclear Security Administration. Verdon is currently the principal associate director within the Weapons and Complex Integration Directorate responsible for the management and coordination of nuclear weapons program activities at Lawrence Livermore National Laboratory. 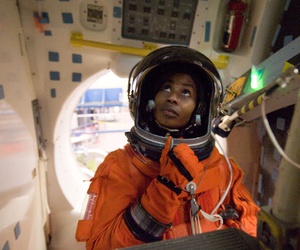 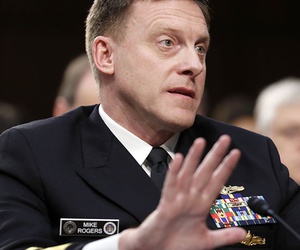 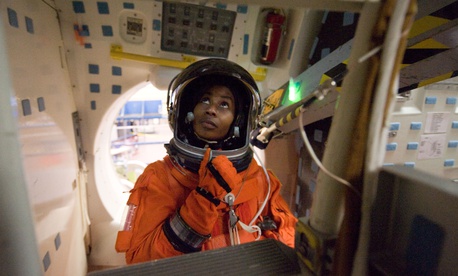 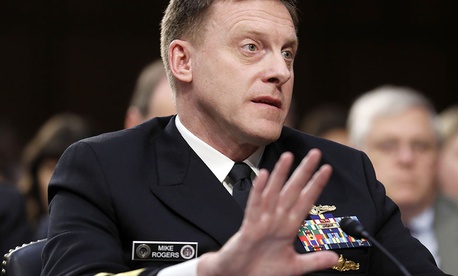