The first shots have been fired in the battle for the U.S. Air Force’s next purchase of aerial refueling tankers.

On Tuesday, Airbus and Lockheed Martin announced a new partnership to compete for U.S. military orders. While it’s early in the game, the news means Boeing is going to have to fight for orders beyond the 179 KC-46s the Air Force currently plans to buy.

Back in 2011, the Air Force chose Boeing’s KC-46 over Airbus’ A330 tanker. Boeing submitted a low bid for a fixed-price contract, accepting the risk of costly development woes for the chance to become the Air Force’s 21st-century tanker maker. The service duly ordered 179 Boeing KC-46s, which represent about half of the total tanker fleet it will buy before 2030 or so. Now Airbus and Lockheed have signaled that competition awaits.

Aerial refueling has been has been a strategic advantage to the U.S. military for decades. But as the Pentagon turns its focus to the vast Asia-Pacific region, the flying gas stations that refuel  fighter jets on long-range missions matter even more. In September, Air Force officials said they need 14 additional tanker squadrons to meet the missions outlined in this year’s National Defense Strategy.

How many tankers is 14 squadrons? That’s still not clear. The Air Force is supposed to say in March. But we also don’t know the mix of aircraft in that future fleet. The Air Force flies two types of tankers now: about 400 Eisenhower-era KC-135s, based on the Boeing 707 jetliner out of production since the 1970s; and the KC-10, a large three-engine tanker based on the McDonnell Douglas DC-10, which hasn’t been built since the late 1980s.

The stealthy option: Now-retired general Carlton Everhart drew some attention a few years ago when the then-Air Mobility Command boss raised the prospect of buying stealthy tankers. As our friends at The Drive point out, such a tanker would not be cheap. But such a tanker might be needed for long-range missions in areas with sophisticated air defenses.

Could Airbus beat Boeing? While it seems unlikely today, considering the America first policies of the Trump administration, who knows what could happen in five or 10 years. While Airbus has previously teamed with Northrop Grumman to pitch its A330 tanker. They won, only to have the deal canceled after the Government Accountability Office upheld a Boeing protest. Northrop didn’t team with Airbus in the re-match saying the parameters of the competition favored Boeing. Lockheed not only brings an American Flag, but also its powerful lobbying shop that comes along with being the world’s largest defense company.

How about a contracting option? Hiring contractors for aerial tanking is not as far-fetched as it sounds. After all, the Navy uses it. The Air Force explored the option about 10 years about (at the prodding of the late Sen. John McCain). These tankers could be used for stateside training, freeing up Air Force tankers for combat missions. In their joint statement, Airbus and Lockheed say this fee-for-service structure is covered by their teaming arrangement. “These may range from ways to support critical near-term air-refuelling needs, such as a fee-for-service structure to conceptualizing the tanker of the future.”

Two can play that game. If Airbus is seeking inroads into a Boeing-dominated market, turnabout is fair play. Earlier this year, Boeing announced it would take control of Embraer’s commercial business. On the defense side — which is still controlled by Brazil — Boeing and Embraer announced the creation of a joint venture “to promote and develop new markets and applications for defense products and services, especially the KC-390 multi-mission aircraft, based on jointly-identified opportunities.” The KC-390 is a twin-engine cargo plane that competes against Lockheed’s C-130 in some markets.

You’ve reached the Defense One Global Business Brief by Marcus Weisgerber. I’m writing this as I wing back to Washington, and you #AvGeeks out there may enjoy the Jet Age-style welcome from Delta’s flight attendant: “Welcome aboard this Boeing 757 offering nonstop jet service to Washington National Airport.” I’ve noticed JetBlue is also into saying “jet service” in their announcements, like it’s the 1960s. Send your Mad Men-era thoughts, tips and feedback to: mweisgerber@defenseone.com or @MarcusReports. Check out the Global Business Brief archive here, and tell your friends to subscribe!

The fight between the commercial airliner titans is moving back into the defense space. And this time, Lockheed Martin is in Airbus’ corner.

The tool could help top brass determine which battalions and gear are most prepared for battle.

The Reagan National Defense Forum was not exempt from the Pentagon’s newish limits on how many senior officials can attend a given public event. But plenty of lawmakers, Hill staffers, industry executives, analysts and consultants showed up at the invite-only conference. The room was packed for Mattis’ speech; most other sessions had a healthy audience. A non-scientific poll conducted by your correspondent determined that despite the Pentagon official travel ban, attendees still found the event worthwhile because so much business is conducted behind the scenes. U.K. Defense Secretary Gavin Williamson said that being able to hold a meeting with Mattis justified his (jet-powered) flight from London to Los Angeles.

The return of budget caps and the prospect of sequestration haunted the Reagan forum, dominating the discussion at times. Mattis talked about it, as did the panel I led with Rep. Steve Womack, R-Ark., retired Army Gen. Jack Keane, and former Deputy Defense Secretary Robert Work. (BTW, the video of the session is here).

Keane, who served as Army vice chief of staff, accused Mick Mulvaney, the director of the White House Office of Management and Budget, of pushing President Trump to cut the defense budget. (Trump has called, more or less, for a 5 percent reduction across the federal government.) “I think there’s a fox in the chicken coop and that fox is the director of the OMB,” Keane said. “He’s a deficit hawk.”

“I am concerned that the director of the OMB is blowing in his ear that the deficit is mounting and defense has got to take its fair share here,” the retired general said. “That would be a huge mistake given the depth of a problem, given this deep hole that we are in.” (Here’s a contrary take from William Hartung and Ben Freeman.)

The outspoken Keane extended his criticism to Mulvaney’s boss. On President Trump’s claims that he has built up the military: “The president himself has a tendency to think because he’s made a decision, and that decision is being executed, then it’s done. If you ever listen to the remarks he makes when he’s talking to the troops. ‘Hey look, I fixed you. You’ve got new equipment coming, you have this, you have that’ because he’s made a decision and he’s executing it. We all know there’s not a piece of new equipment that’s in anybody’s hands as a result of the FY 18 decision, the FY 19 decision….Has readiness come up? Yes. Are we funding increased capabilities that will show up at some point: absolutely yes…But at some point, the leaders are going to have to make the case to the president.”

British SecDef: We’d Work with US Firms on Navigation Satellites

In late November, Prime Minister Theresa May announced the U.K. would withdraw from the Galileo project, the EU version of GPS that’s due to start launching satellites in 2020. “Most of Galileo has been built on our money, our technology, our research,” U.K. Defense Secretary Gavin Williamson said during a briefing at the Reagan Forum. “The idea that…the British government is going to continue to pump money into a project where we do not have military access or the commercial access frankly is both naive and optimistic on behalf of the European Union.”

That could provide an opening for American companies. “We’ll be very happy to work with allies and like-minded friends in terms of the development of that,” Williamson said. He also said it should not be viewed as a threat to GPS. “This isn’t something that necessarily will compete with GPS,” he said. “It’s of a fact that actually no single country should wish to be completely reliant on one system.”

The U.K. carrier HMS Queen Elizabeth, which has been hosting F-35 flight trials off the U.S. coastline for three months, will soon head back across the Atlantic. But expect to see the ship stay on the world stage, Williamson said.

“We want these aircraft carriers to be very much the centerpiece of how we project both deterrence [and] influence and making it clear that Britain has no hesitation acting on the global stage,” he said.

The witty Brit had a few good-natured digs on the U.S. Navy. “We managed to bring it in a little bit cheaper than one of your aircraft carriers,” Williamson said. “Maybe that’s a challenge for DoD.”

“Yeah, it is a lot smaller — because how many people does it take to move your weapons around a Nimitz-class? It takes 400, yet we can do it with 35 to 40. So it’s smaller and clever-er,” Williamson shot back, chuckling. “I’d rather have a clever ally than…a big dumb one. You’re very fortunate to have such a capable, clever ally.”

He noted that the QE is 30,000 tons smaller than a U.S. carrier yet larger than France’s lone example of the type.

“I think we can be quietly very proud of what she will do and the capabilities she will be able to bring, but more importantly is actually how we use her. What we will be doing is looking at where those national interests are, how we best can actually deploy her and how we use her as that true deterrence. It is going to be very much focused on where Britain’s core interests are going to be and that’s how we’re going to be looking at her future deployments.”

The Aerospace Industries Association appointed Bill Brown, Harris’ chairman, president and CEO, its chairman for 2019. Brown will take over from Raytheon CEO Tom Kennedy who has served as AIA’s chairman for the past year. Kelly Ortberg, CEO of Collins Aerospace (formerly Rockwell Collins), will serve as vice chairman.

Women in Aviation will induct Boeing Defense CEO Leanne Caret into its International Pioneer Hall of Fame next year. 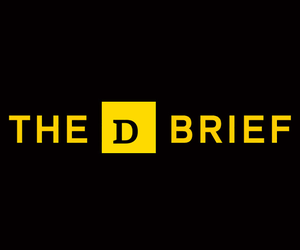 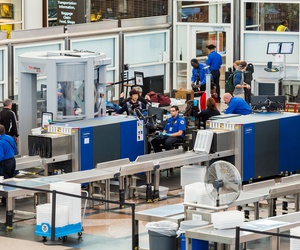 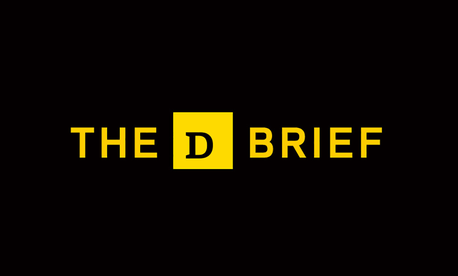 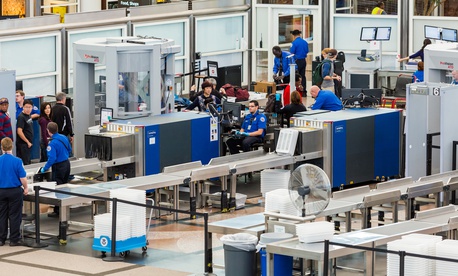