It’s hard to imagine how Deputy Defense Secretary Ash Carter could get it so wrong in Aspen about nuclear weapons spending. But wrong he is. By Kingston Reif

Historically, cost has not played a decisive role in the United States’ nuclear weapons policy. For most of the nuclear age, money for the nuclear enterprise was viewed almost entirely in the abstract: $1 million was just a number and budgets were deemed an irritant. As former Acting Administrator of the National Nuclear Security Administration Neile Miller told Congress earlier this year, the U.S. government didn’t spend much time “understanding the cost of things (nuclear weapons) because of the imperative to deliver during the Cold War.”

Fast forward to 2013. The immense cost of doing national security business figures much more prominently in the debate about defense policy. Due to sequestration, which if implemented permanently will take $500 billion out of military spending coffers over the next decade, everything is allegedly on the table.

One prominent defense official, however, has apparently taken it upon himself to protect nuclear weapons from the fiscal axe. Earlier this year, Deputy Secretary of Defense Ash Carter said that nuclear weapons should be protected from budget cuts to the maximum extent possible. And last week, at the Aspen Security Forum, Carter continued his nuclear advocacy, telling New York Times reporter David Sanger:

You may all be surprised to know that nuclear weapons don’t actually cost that much. Our — our annual spending for nuclear delivery systems is about $12 billion a year.  This is out of around $525 billion, our budget, coming down. And another $4 billion-ish for the command-and-control system that goes with the nuclear weapons, the radar upper, warning, the special communications to make sure that we could — the president could retaliate under any circumstances, especially if we’re attacked first, and all that, another $4 billion.  So that takes you up to about $16 billion.

And so it is not a big swinger of the budget.  You don’t save a lot of money by having arms control and so forth.

Known for his budget expertise and background in nuclear weapons and arms control, it’s hard to imagine how Carter could get it so wrong about nuclear weapons spending. But wrong he is.

First, it’s a sad commentary on the current state of the Pentagon that its second highest-ranking official deems $16 billion in taxpayer dollars to be “trivial”. Every billion adds up, especially in a time of budget austerity. Furthermore, claiming that a particular program “is not a big swinger of the budget” tells us nothing about whether the funding level for the program is appropriate.

Second, Carter vastly understates annual U.S. spending on nuclear weapons. The $16 billion figure he cites as the Pentagon’s share of the nuclear weapons budget excludes spending on many programs that directly support the nuclear mission, including research and development and many essential operations and support activities. According to a detailed 2012 report by the Stimson Center, the total cost to the Pentagon of just the long-range offensive nuclear forces in fiscal 2011 was $22.7 billion.

Carter’s statement also failed to account for the National Nuclear Security Administration’s slice of the nuclear spending pie, which is puzzling since there would be no use for the delivery systems maintained by the Pentagon without the nuclear warheads maintained by NNSA. Moreover, it’s odd that Carter would leave NNSA out since the Pentagon has been transferring billions to dollars to NNSA to support the refurbishment and modernization of U.S. nuclear warheads and their supporting infrastructure.

All told, the Stimson Center’s report estimated that the Pentagon and NNSA spent approximately $31 billion on long-range nuclear forces in FY 2011, almost double the figure suggested by Carter.

Third, in addition to low-balling what the government spends just to sustain and operate nuclear forces, Carter neglected the tidal wave of proposed spending to modernize and upgrade U.S. nuclear warheads, delivery systems and their supporting infrastructure. Over the next twenty-five years, the Pentagon plans to spend over $100 billion to design and build a fleet of twelve new ballistic missile submarines, $68 billion on a new generation of nuclear-capable long-range bombers and perhaps additional tens of billions on a new intercontinental ballistic missile, a new cruise missile and on upgrading command and control systems.

Meanwhile, NNSA’s projected modernization spending includes $10 billion on a life extension program for the B61 nuclear gravity bomb, at least $8 billion for a new uranium processing facility at Oakridge National Laboratory, in Tennessee, at least $14 billion on a combined life extension program for the W78 and W88 warheads, and additional tens of billions to consolidate the current U.S. arsenal from nine different warhead types down to five.

When taking projected modernization into account, the Stimson Center estimates that we will spend between $350 and $390 billion on nuclear weapons over the next decade alone.

How Carter could overlook this projected spending defies belief.

Which brings us to the fourth major problem with Carter’s remarks in Aspen: His claim that “You don’t save a lot of money by having arms control and so forth.”

Modernization requirements are sensitive to the size and structure of U.S. nuclear forces. Carter completely disregards the long-term savings that would be brought about by a smaller arsenal and the near-term savings that further reductions would bring by reducing the need to build (and operate) new replacement nuclear delivery systems. For instance, according to a recent estimate by the Arms Control Association the U.S. could save nearly $20 billion over the next decade by reducing our fleet of operational ballistic missile submarines from 12 to eight. Further reductions could also reduce the planned scope of warhead life extension programs.

Nuclear weapons aren’t cheap. If they were, the Pentagon would not have been forced to delay its new ballistic missile submarine program by two years and NNSA would not have needed to delay construction of a new plutonium facility at Los Alamos National Laboratory, in New Mexico, by at least five years. In reality, nuclear weapons are enormously expensive and their financial burden is only going to get heavier as we begin to enter the modernization tidal wave and sequestration continues to put the squeeze on defense dollars. Indeed, the current budget environment could force cuts to the arsenal that exceed the one third reduction in deployed strategic forces proposed by President Obama in Berlin last month.

Reshaping our outdated nuclear posture via reasoned planning and preparation is far preferable to disarmament by financial default. Instead of downplaying the significant budgetary impact of nuclear weapons, Carter ought to be laying the groundwork for further reductions in our bloated arsenal of approximately 5,000 nuclear weapons on both national security and financial grounds. 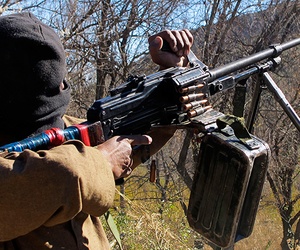 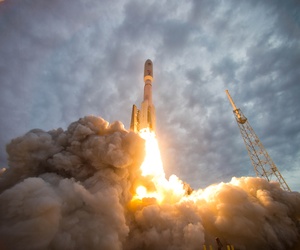 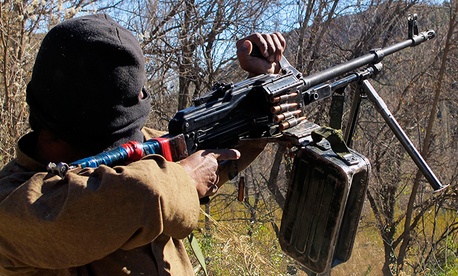 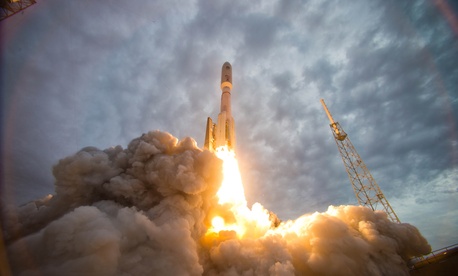