Innovation, Partnership Help Lockheed Martin Take Long-Range Missiles to the Next Level
Skip to Content
Get all our news and commentary in your inbox at 6 a.m. ET.
Ideas
Can Another ‘Anbar Awakening’ Save Iraq?

Only disgruntled Sunni tribes can halt Iraq’s descent into another sectarian hell. By James Kitfield 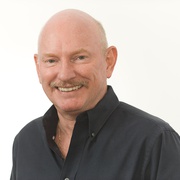 To defeat al-Qaeda’s most dangerous offspring and stave off another civil war, Iraq’s government hopes to repeat the “Anbar Miracle.” Also known as the “Sunni Awakening,” that rebellion of the Sunni tribes against al-Qaeda in Iraq was instrumental in the success of the U.S. troop “surge” of 2007, and in halting the country’s descent into a hellish sectarian dystopia. Now that a resurgent al-Qaeda in Iraq has stormed back and captured the strategic city of Fallujah, the stakes for a unitary Iraq are once again existential. Only this time there’s every reason to doubt that the Sunni tribes will save Iraq.

Compared to the earlier battles over Anbar province, al-Qaeda in Iraq is stronger, the Sunni tribes are weaker and more fragmented, and Prime Minister Nouri al-Maliki’s Shiite-dominated government in Baghdad is every bit as reluctant to cede political space to the Sunni minority in advance of a presidential election in April. That means the terrorists and militants are once again swimming in a teeming swamp of resentment in the Sunni stronghold of Anbar, which has recently seen mass protests against the central government. Iraqi Security Forces put down those demonstrations with their characteristic iron fist, fueling even greater resentment. Nor are there 140,000 U.S. troops on the ground in Iraq today to help hold the country together and supply the connective tissue between the Sunni tribes in Anbar and the Shiite government in Baghdad as they did earlier. Open rebellion is in the air.

It would be hard to exaggerate how the civil war next door in Syria has re-energized al-Qaeda in Iraq, which has renamed itself the Islamic State of Iraq and Syria (ISIS) to reflect its growing ambitions. The Sunni group has captured territory and imposed its fundamentalist version of Sharia Law in oil-rich parts of northern Syria; its ranks have been swelled by more than 10,000 foreign fighters drawn to that conflict like jihadi moths to a flame; and its coffers are filling with proceeds from the sale of Syrian oil. When the Iraqi Army withdrew from the major cities of Anbar in December in the wake of continued protests against their heavy-handed tactics, ISIS insurgents predictably poured down their familiar rat lines from Syria to join local insurgents in capturing the strategic cities of Fallujah and Ramadi. The horror that al-Qaeda has thrived on in Syria now constitutes its vision for Iraq.

“The al-Qaeda insurgents did not target Fallujah and Ramadi by chance: they know that U.S. forces fought hard and many died to take those cities, and by recapturing them al-Qaeda wants to make U.S. and Iraqi policies and resolve look weak,” said Ret. Gen. James Conway, former Marine Corps commandant and a commander during the first battle for Fallujah in 2004, speaking this week at the Heritage Foundation in Washington, D.C. The mistake Baghdad cannot afford to make now, he said, is one the Marines learned the hard way: don’t underestimate the pivotal role of the Sunni tribes in countering al-Qaeda. “The most recent information I have is that the tribes are once again responding, because they know where al-Qaeda’s trail leads. I have some hope that the Sunni tribes will once again be the savior of Anbar.”

(Related: Everything You Need to Know About Al-Qaeda in Iraq)

With its penchant for extreme brutality and insistence on implementing a fundamentalist and very strict version of Sharia Law, al-Qaeda in Iraq does have a habit of wearing out its welcome. That happened in Anbar in 2006 and 2007, and it’s happening today in Syria, where ISIS has been fighting for supremacy even with other Islamic extremist groups. Al-Qaeda leader Ayman al-Zawahiri has reportedly just disavowed all links with the group, insisting that the locally-led Nusra Front is its official franchise in Syria.

There are reasons to doubt, however, that the Sunni tribes of Anbar are ready to join with government security forces and take up arms again against ISIS. Almost from the moment the last U.S. troops left Iraq in late 2011, Maliki and his Shiite allies have brutally consolidated power, including by charging the Sunni vice president with murder and sending him fleeing. In the years since the first “Anbar Miracle” a number of Sunni tribal sheikhs who took part in the awakening have been arrested by the Baghdad government or assassinated by al-Qaeda. Baghdad’s promises to give the Sunni sheikhs government salaries and incorporate their militias into Shiite-dominated Iraq Security Forces, were never fully kept. A new generation of Sunni tribal leaders now believes their elders were duped by Maliki, and many of them have no intention of helping him out of the current crisis.

Robert Baer, a former Middle East case officer for the CIA, has recently been in touch with a number of the Sunni tribal sheikhs. “There is a revolt going on in the Anbar desert, led by a younger generation of Sunni tribal leaders, who are pissed off and reject the older generation’s failed outreach to Maliki, and they see only a future of repression in a Shiite-led Iraq,” he said. “They just want to cut all ties to Baghdad and break the country apart, which is what is happening before our eyes.”

There is evidence that Maliki has finally awakened to the peril. After seeing the bloody fighting necessary for U.S. forces to clear Fallujah of insurgents in 2004 – a battle that cost the lives of nearly 100 U.S. Marines – he has apparently ruled out ordering the Shiite-dominated Iraqi army into the city at this time. Instead this week he has rushed truckloads of guns and money to the Sunni tribesmen in Anbar, reportedly including $3.4 million for salaries, and more than 5,000 rifles and machine guns. Baghdad is now belatedly dangling more than $17 million for infrastructure improvements in Anbar as a further incentive, according to The New York Times.

Given the gulf of distrust that has been allowed to widen between Anbar and Baghdad, it may not be enough. While some Sunni tribes in Ramadi apparently worked with Iraqi Security Forces in retaking the city in recent weeks, their counterparts in Fallujah have so far rejected the government’s overtures.

“The tribes in Fallujah are not working with Iraq Security Forces, and, while they are not necessarily pro-al-Qaeda, they are mobilizing against the Maliki government there and elsewhere in the province,” said Jessica Lewis, a former Army intelligence officer and currently research director for the Institute for the Study of War. Al-Qaeda’s continued slaughter of Shiite civilians has already made 2013 the deadliest year in the country since the 2007 surge, with nearly 8,000 killed. At some invisible threshold, Lewis noted, the attacks on Shiite civilians and holy places may rekindle the Shiite death squads and ethnic-cleansing that helped push Iraq to the edge of the abyss. And while U.S. military aid is probably necessary, “it could exacerbate Sunni anger,” said Lewis. “The situation is very explosive.”

There was a time when U.S. officials could use their influence with the Sunni tribes to bring Anbar and Baghdad closer together, but those relationships largely withered with the withdrawal of the last U.S. troops in 2011. Sunni sheikhs who travel to Baghdad to visit the U.S. embassy in the heavily guarded “Green Zone,” sources say, were regularly turned back or even arrested by Iraqi guards. Nor can U.S. diplomats in Iraq easily travel to Anbar. “When we had a large military presence there used to be a U.S. colonel with every Sunni tribe, but we couldn’t sustain that kind of contact from the embassy in Baghdad,” said former U.S. Ambassador to Iraq James Jeffrey. “It’s also very tricky for the Embassy, because we are diplomats and guests in Iraq by the permission of the government, and they didn’t think we were there to run around with the Sunni tribes. So the best option now is for the United States to give the Iraq government military aid to enable them in the fight against al-Qaeda, and then to use that leverage to convince Maliki to be more reasonable in dealing with the Sunnis.”

Indeed, the Obama administration’s announcement this week that it will sell 24 Apache attack helicopters to bolster Iraqi Security Forces in their fight against the al-Qaeda militants is a calculated risk, and an indication of just how few options Washington has left in the crisis. If Maliki ultimately turns them on the Sunni tribes of Anbar who are flirting with open rebellion, it could ignite the civil war that the United States sacrificed hundreds of billions of dollars, and thousands of lives of U.S. troops, to avoid. At that point the miracle would be if Iraq held together.