An X-47B drone, part of the Unmanned Combat Air System program, flies past the USS George H.W. Bush during a demonstration on May 14, 2013.

The Navy could have the drone the U.S. needs to protect carriers, if Congress steps up this week. By Shawn Brimley

Given the chaotic defense budgetary environment, one could be forgiven for overlooking the fact that some truly strategic issues are at play in the defense authorization bill markup taking place in Congress this week.

One key issue involves how Congress deals with the Navy’s poor choices in the development of a future carrier-based drone, or in Pentagon-speak, the Unmanned Carrier-Launched Airborne Surveillance and Strike, or UCLASS, program. The Navy made a mistake by issuing requirements that guarantee the fleet will receive a lesser drone than it could be getting. The Navy is asking for a carrier-version of non-stealthy surveillance drones that operate in uncontested (friendly) airspace. That costly decision will prevent the development of a true, surveillance-strike drone that can operate where they truly will be needed, in enemy airspace.

This is a clear example of poor judgment. A critical strategic issue that has developed over the last decade is the proliferation of increasingly precise long-range ballistic and cruise missiles. A good example is China’s DF-21 missile, one that some analysts term a game-changing “carrier-killer” due to its ability to fly beyond the unrefueled range of a U.S. carrier’s strike aircraft. If the Navy fails to develop an answer for this Chinese weapon, the U.S. aircraft carrier will fade into irrelevance, as no commander-in-chief would send in a carrier strike group so easily targeted by an adversary’s long-range missiles. If the Navy needs to invent new weapons to eliminate the threat of long-range ballistic and cruise missiles, or if these missiles must be taken out before the carrier can come into the fight, it becomes harder to justify spending tens of billions of dollars on aircraft carriers at all. Given the value and prestige of aircraft carriers ($11 billion apiece for the next-generation Ford-class) coupled with their planned 50-year lifespan, keeping them relevant for the conflicts of the future is critical.

So how should the Navy protect carriers operating so far offshore? By evolving the carrier’s air wing. This isn’t a new argument. The Defense Department’s 2006 Quadrennial Defense Review required the Navy to  “develop an unmanned longer-range carrier-based aircraft capable of being air-refueled to provide greater standoff capability, to expand payload and launch options, and to increase naval reach and persistence.” The case was reinforced in a 2008 paper by (now) Deputy Defense Secretary Robert Work and Thomas Ehrhard, who argued that an unmanned, carrier-based strike system was the only way to “provide the Navy’s future carrier air wings with the organic, extended-range, survivable, and persistent surveillance-strike capability needed to meet a number of emerging 21st century security challenges.”

The Navy’s effort to build carrier-based drones, called the unmanned combat air system carrier demonstration, or UCAS-D, program was created the next year, in 2007, and struggled to survive the institutional antibodies that an unmanned system spurs from the traditional naval aviation community. But 2013 was a triumphant year as the Navy’s experimental X-47B aircraft successfully launched and landed autonomously from the USS George H.W. Bush. That prototype, a tailless “flying wing,” was designed to have stealthy characteristics that, with ample payload and refueling capability integrated into a future version of the aircraft, could revolutionize naval aviation and “lock-in” U.S. power projection dominance for a generation.

But last month the Navy instead reportedly issued classified requirements for UCLASS to deliver intelligence, surveillance and reconnaissance. Instead of creating a drone that can carry missiles or other strike power into enemy airspace, defense contractors have been told to submit proposals for an aircraft designed to fly around the aircraft carrier for 12 to 14 hours delivering persistent surveillance over uncontested airspace, with a light strike capability to eliminate targets of opportunity.

The news of the Navy’s decision was not entirely unexpected given the institution’s resistance to build a combat-capable drone. But it is directly at odds with Navy Secretary Ray Mabus’ public position. In a January commentary Mabus argued that an unmanned carrier-based aircraft must be “capable of precision strike in a contested environment… [a] warfighting machine that complements and enhances the capabilities already resident in our carrier strike groups.”

Unfortunately, the aircraft the Navy is planning to build is not that aircraft. The Navy argues that they plan to have “growth capability” in the design to allow greater stealth in future increments, but design choices dictated now by the Navy will permanently limit how stealthy the aircraft can be. A drone designed for power projection ought to have sufficient stealth capability to operate in denied environments, a weapons payload large enough to maximize striking power and in-flight refueling capabilities to take full advantage of an unmanned system’s endurance capability.

Mabus was right to argue that power projection, not surveillance, must be the raison d’etre of the Navy’s investment in unmanned carrier aviation. It is the major operational challenge facing the aircraft carrier and ought to be the driving investment vector for naval aviation—period. In January, he wrote: “We want to ensure we get the requirements and design set right before we start production in order to avoid the mistakes and cost overruns which have plagued some past programs.”

Congress ought to heed that call. Given tight budgets it makes sense to get this right rather than waste scare resources on a platform that does not address the major operational challenge facing America’s aircraft carriers. The House Armed Services Subcommittee on Seapower and Projection Forces got it right by recommending the fiscal year 2015 National Defense Authorization Act direct the secretary of defense to conduct a review of UCLASS requirements, paying special attention to the issues of aerial refueling, weapons payload and stealth capability. The subcommittee concludes: “as planned, UCLASS appears unsupportive of the 2012 Defense Strategic Guidance for the United States to maintain its ability to project power in areas in which our access and freedom to operate are challenged.”

It’s the right way forward. Send the Navy back to the drawing board, require the secretary of defense to study and then certify the requirements for this critical investment and only then invest what is necessary to ensure that tomorrow’s adversaries fear the U.S. aircraft carrier and the long-range combat strike power it can unleash.

Shawn Brimley is executive vice president and director of studies at the Center for a New American Security. He served in the Pentagon and at the White House from 2009 to 2012. 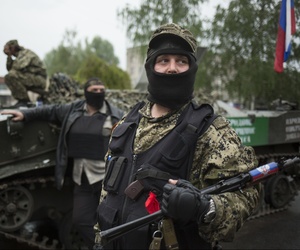 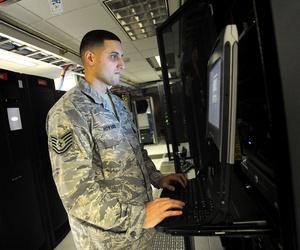 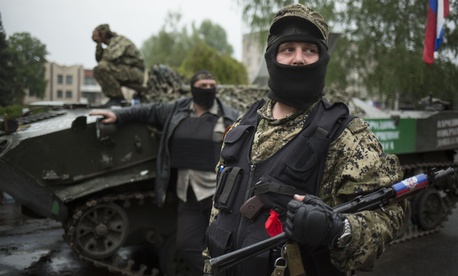 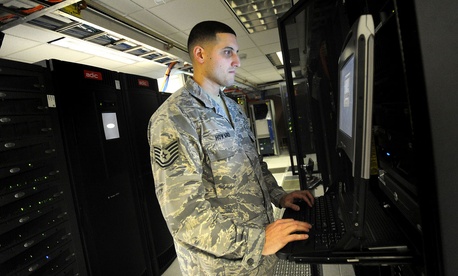