How to Overcome Challenges of Managing Hybrid, Multicloud Environments
Skip to Content
Get all our news and commentary in your inbox at 6 a.m. ET.
Ideas
The US Needs To Recognize Russia’s Monroe Doctrine

Imagine if the roles were reversed; Washington’s attitude toward Russia’s regional fears seems more than a little hypocritical. By Ted Galen Carpenter 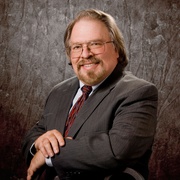 U.S. leaders once understood and accepted that strong powers would insist on a security zone and broad sphere of influence in their immediate geographic region. Indeed, as just a middling power, the United States boldly asserted such a policy with the proclamation of the Monroe Doctrine in 1823. The key passage warned conservative European monarchies: “We should consider any attempt on their part to extend their system to any portion of this hemisphere as dangerous to our peace and safety.”

Yet, U.S. policymakers now denounce as illegitimate similar bids to establish even modest security zones by other major powers. That point is especially evident in Washington’s conduct toward Russia.

The United States and its NATO allies officially repudiate even the concept of spheres of influence, contending that it has no place in the modern international system. Condoleezza Rice, President George W. Bush’s secretary of state, made that point explicitly in response to Moscow’s 2008 military intervention in Georgia. She scorned the notion of Russian primacy along the perimeter of the Russian Federation as the manifestation of “some archaic sphere of influence.” Secretary of State John Kerry expresses similar views. In November 2013, he even declared that “the era of the Monroe Doctrine is over.” Following Russia’s annexation of Crimea and the Kremlin’s unsubtle support for secessionist forces in eastern Ukraine, Kerry asserted that “you don’t in the 21st century behave in 19th century fashion” by invading a neighbor.

The current U.S. attitude is more than a little hypocritical. Contrary to Kerry’s rhetoric, the Monroe Doctrine is very much alive. Washington has intervened militarily as recently as the 1980s (Grenada and Panama) or even the 1990s (Haiti) within its traditional sphere of influence in the Western Hemisphere.

(Related: How Powerful Is Russia’s Military?)

Russia’s brass knuckles tactics toward Kiev may be jarring to Western observers, but U.S. leaders need to recognize that Ukraine has long had economic and strategic relevance to Moscow. Any Russian government was bound to resent an attempt to wrench Ukraine into the West’s geopolitical orbit. And that is what Washington and its European allies did by supporting the Maidan Square demonstrators who overthrew Ukraine’s pro-Russian, but duly elected, president, Viktor Yanukovych.

Russia’s brass knuckles tactics toward Kiev may be jarring to Western observers, but U.S. leaders need to recognize that Ukraine has long had economic and strategic relevance to Moscow.

It is always a useful exercise for policymakers to view a situation as though the positions of the various parties were reversed. Imagine what the U.S. reaction would be if Russia (or any other major power) expanded a military alliance that it led and proceeded to incorporate Caribbean and Central American countries. That scenario is analogous to how a U.S.-led NATO expanded to include East European nations near or on Russia’s border. Consider further how Washington would likely react if the rival power then spoke openly of offering membership in its alliance to Canada and Mexico, and used its influence to unseat a pro-U.S. government in one of those countries. At a minimum, U.S. officials would be screaming about a blatant violation of the Monroe Doctrine and would regard the rival power’s moves as profoundly threatening.

It is illogical to assume that Moscow should view comparable Western machinations differently. The blunt truth is that the United States and its allies intruded into a traditional Russian sphere of influence—indeed, into a zone that Moscow considers essential to national security. U.S. leaders should recognize that their conduct has violated an implicit Russian equivalent of the Monroe Doctrine. The West needs to back off before it triggers what former Soviet leader Mikhail Gorbachev aptly described in a recent speech as a new Cold War.

Indeed, such a confrontation might not remain cold. Already, Russian military aircraft and their NATO counterparts have come dangerously close. The potential for an inadvertent clash or a tragic miscalculation by one side or the other is reaching worrisome levels. There is no justification for running such risks.

Russia’s behavior toward its neighbors may be abrasive, but it is operating as major powers tend to do in their sphere of influence. U.S. leaders once understood that reality. It is unfortunate, and potentially disastrous, that our current policymakers apparently do not.

NEXT STORY: The US Should Condemn Bahrain, Not Rationalize For Them