America Isn’t Losing the War of Ideas to ISIS

Iraqi fighters of the Peace Brigades, a Shiite militia group loyal to cleric Muqtada al-Sadr, angry after two of their members were killed in Ramadi during fighting with Islamic State militants, Nov. 7, 2015.

In every era, the same alarms bells have sounded. The rise of the Internet, however, could make this one different.

“The United States is engaged in a war of ideas—and it’s losing.”

This refrain feels modern, but it has echoed through most of American history. The argument that the U.S. is losing a war of ideas or narratives to ISIS is only the latest iteration. As Scott Atran recently wrote at The Daily Beast, the various military campaigns against the Islamic State obscure “a central and potentially determining fact about the fight”—namely that it “is, fundamentally, a war of ideas that the West has virtually no idea how to wage, and that is a major reason anti-ISIS policies have been such abysmal failures.”

The myth that America’s narrative is losing to ISIS’s persists despite the fact that millions of people are fleeing ISIS territories, while mere thousands have traveled to join the group. It persists despite the fact that the Islamic State’s ideological sympathizers make up less than 1 percent of the world’s population, even using the most hysterically alarmist estimates, and the fact that active, voluntary participants in its caliphate project certainly make up less than a tenth of a percent.

In the United States, the notion of a “war of ideas” dates almost as far back as the Revolutionary War, according to Google Ngrams, which searches the text of English-language books that have been digitized. The phrase appeared during the Civil War, in the context of slavery, and returned during World War I. References soared as the United States entered World War II, and became a fixture of American political discourse during the Cold War. The Korean War was a war of ideas; so was Vietnam.

And in every era, the same alarm bell has sounded.

In 1941, Vera Dean, the research director of the Foreign Policy Association, called for an “ideological offensive” against the Nazis. “It is not even enough for the British, with American aid, to carry out their war aims, which are to crush Hitlerism,” she said in a speech, “because the downfall or defeat of Hitler would not yet solve the political and economic and social problems that lie at the root of the present war.”

In 1943, Rabbi Barnett Brickner, a prominent figure in the U.S. military’s chaplain program, lamented that American troops were “muddled” about the war’s objectives. “This is a war of ideas, as well as weapons,” he said, and U.S. troops were at a “terrific disadvantage” against a “madly indoctrinated” enemy.

As it turned out, a muddled military force was rather up to the task of undermining Hitler’s ideology. The German leader’s narrative of Aryan ascendance was most clearly negated by Germany’s war defeat. Although Nazi sympathizers continue to exist, and still sometimes demonstrate alarming political strength, the conquest of Nazi Germany on the battlefield routed its ideology as well.

The Nazi example is particularly instructive when compared to the case of ISIS. Perhaps tens of thousands of Americans were sympathetic to Nazi ideology, including important national figures like Henry Ford and Charles Lindbergh, academic elites, and many more, even the residents of entire U.S. towns. In comparison, ISIS has recorded only trifling victories in the war of ideas. The FBI is currently pursuing hundreds of investigations into suspected ISIS supporters in the United States, and the group’s committed followers in the U.S. are likely in the very low thousands (when comparing this figure to the number of American Nazi sympathizers, keep in mind that the population of the United States has more than doubled since 1941). There are no ISIS towns in America. ISIS can claim no support from major celebrities or captains of industry in America or abroad. ISIS supporters are not invited to prestigious academic symposia—not in America and not in the Middle East.

When World War II ended, communism emerged as the new enemy in America’s ideas war. Institutions that had been created to fight Nazi ideology—such as the House Un-American Activities Committee and Voice of America—expanded to address this next challenge. Then, as now, social media was a component of the fight. In an annual “Letters From America Week” event, Americans gathered to lick stamps and write letters to friends and relatives abroad. “These letters may be written casually, about everyday affairs,” The New York Times reported at the time, “yet they carry, in their simple, sincere and direct way, a momentous message. For they tell nothing less than the story of America.”

Despite these efforts, Carleton Smith of the National Arts Foundation gravely warned in 1952 that “we are winning the economic and military conflict [against the Soviet Union], but losing the war of ideas.” This idea persisted well into the 1980s. “The U.S. is in danger of losing the war of ideas in Eastern Europe,” the Heritage Foundation warned in 1986, just three years before the Berlin Wall fell.

The United States did eventually defeat the Soviets (and their version of communism). But as with the Nazis, this victory was not purely—or even primarily—based on narratives; a multitude of military, political, and economic factors came into play.

Ideas are all well and good, but wars are won in the material world.

This brief tour through history is not intended to trivialize the fight against ISIS and its pernicious ideology. But it points to a grievous misunderstanding of that fight.

ISIS is not succeeding because of the strength of its ideas. Instead, it exploits an increasingly networked world to sell its violent and apocalyptic ideology to a microscopic minority—people who are able to discover each other from a distance and organize collective action in ways that were virtually impossible before the rise of the Internet.

That reach, and the group’s disciplined approach to social-media incitement and online recruitment, allow ISIS to hunt among hundreds of millions of people and find a precious few thousand who are receptive to its message. It can identify and mobilize minute percentages on the margins of society; because society is massive, these numbers can sound impressive, out of context. ISIS is accomplishing some of its objectives in the ideas war, but that is not the same as winning on the merits. As Will McCants writes in The ISIS Apocalypse, “Reducing the mass appeal of ISIS is pointless, given that it doesn’t have mass appeal.” Instead, the focus should be on disrupting the process ISIS uses to mobilize its minority.

The ideology of ISIS will eventually meet its end like that of the Nazis did. Ideas are all well and good, but wars are won in the material world. Like the Nazis and the Soviet Communists, ISIS does not exist in an ideological vacuum. The ISIS insurgency emerged from and continues to be empowered by the wildly dysfunctional politics of Iraq and Syria, and the related machinations of regional and global powers.

And like Nazism and Soviet communism, ISIS’s brand of jihadism will not be vanquished by ideas alone. ISIS will continue to pose an ideological threat for as long as it holds territory and exists as a cohesive entity. The most decisive defeat of its ideas will almost certainly coincide with its defeat on the battlefield. 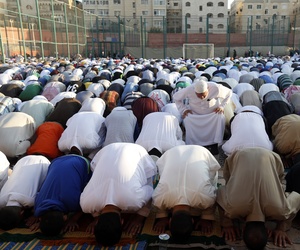 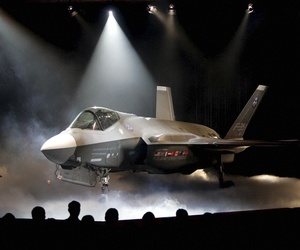 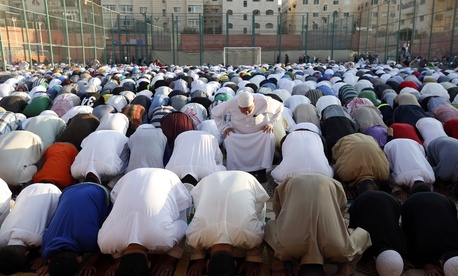 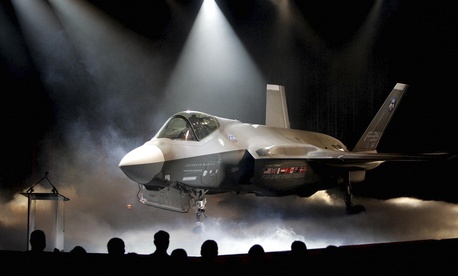