Next Generation Interceptor: The Nation’s Next First Line of Defense Against Ballistic Missile Threats
Skip to Content
Get all our news and commentary in your inbox at 6 a.m. ET.
Ideas
Three Reasons the 2017 Defense Budget Won’t Be Enough (And How to Fix It)

The responsible path is not the easy path, but there is bipartisan support for a stronger defense budget and ways to make it happen. 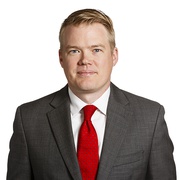 Next week President Obama will outline his fiscal year 2017 budget request. We don’t know many details yet, but we can be sure of one thing: When it comes to national defense, his proposal won’t be enough. Here’s why.

1. U.S. vital interests are threatened. America maintains a military to protect our vital interests. Not for the jobs, not for the cool technology, but to protect our interests (at home and abroad) from a range of threats. For example, American companies can trade and grow more easily when there is relative peace in Europe. Russia’s aggressive actions in Europe threaten American interests. The U.S. faces similar threats to peace and the ability to trade freely in the Middle East and Asia.

The threats extend to our homeland, as well. North Korean nuclear weapons and ballistic missiles menace the continental United States. Terrorism continues to threaten Americans both at home and abroad. And just ask any of the 21.5 million Americans affected by the Office of Personnel Management hack about the cyber threat.

2. The U.S. military is not strong enough. The best way to protect America’s interests abroad is to maintain strong relationships with our friends and a strong military to deter potential adversaries. Unfortunately, our alliances have suffered and our military is growing weaker. The 2016 Index of U.S. Military Strength showed that, when measured for capacity, capability and readiness, the U.S. military is only “marginal.”

We can see the military’s weakness in things like the Navy’s repeated gaps in aircraft carrier coverage, an Army at half its usual readiness levels, and an Air Force with 26 percent fewer aircraft than it had on 9/11. Yes, the United States military is still unequalled around the world, but our advantage is rapidly eroding.

3. This budget is well below bipartisan proposals. A year ago President Obama proposed spending $573 billion on national defense. In a rare moment of bipartisan agreement, Congress last year proposed roughly the same spending level ($574 billion) for 2017. Yet Mr. Obama will reportedly ask for only $551 billion next week—4 percent less than he sought last year.

But how does the President’s request (or the Congress’s 2017 proposal) stack up against need? To answer that question, let’s turn to the bipartisan National Defense Panel. This group of national security leaders like Michele Flournoy and former Senator Jim Talent agreed that the 2012 budget proposed by then-DefenseSecretaryRobert Gates represented the “minimal baseline for appropriate defense spending.” For 2017, the Gates budget proposed $649 billion—almost $100 billion (18%) above the defense budget proposal coming next week.

How do we fix it?

There are essentially two ways to increase defense spending: go around the spending caps or change them. The Budget Control Act of 2011 established the caps on defense spending, and the Bipartisan Budget Agreement passed in November revised the cap for FY2016 and 2017. These caps are in law, but war costs—aka, overseas contingency operations (OCO)—are exempt from the caps.

This leads to the first path to increasing the defense budget: circumvent the caps by using OCO funds. Some in Congress advocated this approach last year. President Obama initially opposed using OCO for base defense needs, but the budget deal in November actually used OCO to supplement both the defense and non-defense budgets. Congress may try this route again, but using a budget gimmick to circumvent spending caps is not the right way to do business.

The so-called 'firewall' between defense and non-defense discretionary should be broken.

Last year, President Obama and Congressional Republicans both proposed a defense level for 2017 that is $22 billion above what we expect to see from the White House next week. At a minimum, this $22 billion should be cut from non-defense (both OCO and base) and moved to defense. This is not a draconian cut for non-defense and would make a significant difference in strengthening our military.

America’s vital interests are threatened; our military is weak, and the new defense budget will be too low. There is bipartisan support for a stronger defense budget and ways to make it happen. But as is often the case, the responsible path is not the easy path. Congress should step up and increase defense spending responsibly.

NEXT STORY: 27 Questions Before the US Extends the War in Afghanistan