Federal Agencies Tap Data Visualization to Track and Mitigate the Spread of COVID-19
Skip to Content
Get all our news and commentary in your inbox at 6 a.m. ET.
Ideas
Rest Assured, UK Remains Committed to NATO

The UK will continue to be a strong and reliable ally, particularly in NATO. 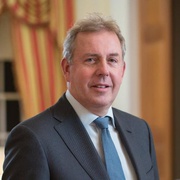 In 2014, with Russian aggression threatening the stability of Europe, the UK hosted the NATO Summit in Wales at a crucial point in the history of the NATO alliance. This week in Warsaw, we will continue our commitment to collective defense and cooperative security, with NATO at the heart of our defense policy.

When we hosted the Wales Summit in 2014, we set in motion the most significant strengthening of collective defense in a decade, as well as new initiatives to tackle modern security threats. Since Wales, the NATO Response Force has tripled in size. NATO has introduced the Very High Readiness Joint Task Force, six new NATO units in the East and a broad range of assurance measures for Eastern Allies. The UK has been at the heart of this effort, with British Typhoons flying over the Baltics and British troops training alongside their Baltic counterparts.

At Warsaw, NATO will enter its next phase. The UK will lead one of four battalions deployed in Estonia, Latvia, Lithuania, and Poland to counter Russian aggression and reassure allies.

Related: Everything You Need to Know About NATO
Related: What’s Missing as NATO Rearms Its Eastern Flank? Diplomacy
Related: Watch How NATO Leaders Respond to Brexit at The ‘Most Important’ Summit in 25 Years

A founding member of NATO, the UK maintains one of the world’s most capable and professional militaries. Since the end of the Cold War, we have made significant contributions to NATO’s operations, from combat to peacekeeping, and in the Balkans, the Mediterranean, North Africa, the Gulf, and Afghanistan.

Just over a week ago, the British people, in one of the largest democratic exercises in our history, made a clear and robust decision to leave the European Union. This has prompted some to question the United Kingdom’s role in the world. However, the UK remains a great country. We will always be capable of thriving and prospering on the global stage. Our voice will always be prominent and we will continue to be a strong and reliable ally, particularly in NATO.

The UK has the world’s fifth-largest defense budget. We are – and will continue to be – leading members of NATO, the G7, G20, and the Commonwealth, and permanent members of the UN Security Council, the only country in all of these groups which spends 2 percent of its GDP on defense and 0.7 percent on development assistance. Following our Strategic Defence and Security Review last year, we are investing $250 billion over the next decade in modern and capable Armed Forces.

Only last week, we announced a further 250 soldiers would be deployed to Iraq to battle the Islamic State, or ISIS. And at the ongoing Royal International Air Tattoo and Farnborough Air Show, which will feature our new F-35 for the first time, we expect to announce programs that highlight our international ambitions as we continue to deliver on last year’s security review.

Another area that will remain a critical area of our defense strategy is the “special relationship” between the United States and the United Kingdom. From World War I to today’s fight against ISIS, we have been the historic and consistent partner of choice for the U.S. when it comes to the fight for democracy and global security.

The U.S.-UK partnership has been a bulwark of international security for over 70 years. In the 20th century, it was instrumental in facing down fascism and winning the Cold War. Since then, we have fought together six times: twice in Iraq, twice in the Balkans, once in Afghanistan, and once in Libya.

Today, we do more together than any two countries in the world. Our mutually beneficial cooperation enables us to operate together, and in wider alliances, around the world in the interests of global security. Our troops equip, train, fight, and recuperate together.

Over eight hundred UK personnel are stationed in the U.S., across 34 of the 50 states. We share intelligence and technology that we do not share with any other allies. And our nuclear relationship is closer than that of any other two powers.

The road ahead promises change, but our cooperation with the U.S. and NATO does not begin, nor end, with a single vote. As leading members of NATO, we have always set the global standard for partnership forged by a mutual history of friendship and military cooperation. These are the values that despite the ocean between us bring us ever closer together and will continue to do so for generations to come.

Kim Darroch is the British ambassador to the U.S.

NEXT STORY: What Presidents Do When Naval Encounters Turn Deadly