How to Overcome Challenges of Managing Hybrid, Multicloud Environments
Skip to Content
Get all our news and commentary in your inbox at 6 a.m. ET.
Ideas
War in the Information Age

The chief of the U.S. Air Force describes a speed-infused future of combined arms — across domains and entire partnerships. 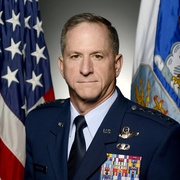 We are on the eve of a new era in the business of warfighting and combined arms. In this information age of warfare, advantage will be achieved through the speed and integration of information. If we follow the right path, tomorrow’s commanders will seamlessly direct joint and coalition forces in a way that simultaneously capitalizes on our advantages on land; at sea; and in the air, space, and cyberspace. The primary warfighting attributes will be decision speed and operational agility. In short, our asymmetric advantage in future battles depends on harnessing the vast amount of information our sensors can generate, fusing it quickly into decision-quality information, and creating effects simultaneously from all domains and all functional components anywhere in the world.

Before discussing what must change as we evolve in the information age of warfare, we should acknowledge what never changes: trust and confidence. Joint and coalition warfare has and always will rely on trust and confidence at all levels — tactical, operational, and strategic.

At the tactical level, our soldiers, sailors, airmen, Marines, and Coast Guardsman must trust each other to achieve mission success. From Air Force Joint Tactical Air Controllers embedded with and coordinating airpower for Army and Marine maneuver units to Navy and Coast Guard integrated maritime operations around the globe, today’s military has established an unprecedented level of trust and confidence from 25 years of fighting together.

Related: Join Gen. Goldfein and other leaders at the 2016 Defense One Summit on Nov. 17

At the operational level, component commanders from each service understand the supporting and supported relationships required to employ joint and coalition forces in support of a Joint Force commander. When I was the Air Component Commander under Gen. Jim Mattis in CENTCOM, his guidance to me and my fellow commanders was crystal clear: “I expect vicious harmony.” He got it. So do today’s Joint Force commanders engaged at the operational level of war.

At the strategic level, Chairman of the Joint Chiefs Gen. Joe Dunford continues to strengthen the partnership between combatant commanders and the Joint Chiefs as we think through campaign design at the strategic level of conflict. Today, we look at current and future global security challenges through the lens of a “4+1” framework. From China’s actions to militarize the South China Sea, to Russian aggression in Eastern Europe, to Iran’s continued malicious activity, to nuclear aspirations of an increasingly unstable North Korea, we have returned to the era of state-on-state competition even as we counter violent extremism in the Middle East, prevent its spread to other regions, and disrupt attacks worldwide. The 4+1 challenges, all transregional in nature, require a sophisticated approach that often spans beyond existing COCOM geographic boundaries.

With this level of trust and confidence established, the table is set for a revolutionary approach to warfare in the information age. To achieve the key attributes of decision speed and operational agility, we must focus on two levels of integration.

The future of combined arms

The first is a vertical integration of all operating domains (air, land, sea, space, cyber, and sub-surface). In each of these domains, we simultaneously sense the globe and create effects. Both the challenge and the opportunity is to better stitch these domains together in ways that allow the massive volume of data we collect to enter a common operating system that can store, share, and compare at machine speed. In the information age of warfare, relying on mostly human analysis is far too slow and the volume of data collected is far too great to achieve the decision speed required. This is where many of the Third Offset technological concepts of machine-to-machine dialogue, human-machine teaming, artificial intelligence, and autonomy come into play. As the data is quickly turned into decision-quality information, we must then create simultaneous effects from these same domains that can be rapidly choreographed into an attack plan that overwhelms any adversary’s ability to counter and respond.

As just one example, think of how we have evolved in the employment of 5th-generation stealth technology in recent years.

In the F-117 stealth fighter, there was a switch in the cockpit we affectionately labeled the “stealth switch.” When flipped, all the sensors stowed, all the radios and other emissions ceased, and we shut off the world and went to work. Key to 1st-generation stealth technology was operating in a closed system — shut off from the outside world — in a single domain (air), and sequentially, going in first with everyone else following. It was a revolutionary concept that defined the employment of early low-observable technology and proved itself on the opening night of Operation Desert Storm.

Today’s F-35 begins machine-to-machine dialogue before the pilot straps on the aircraft. It checks into the network and begins comparing information by running through a series of algorithms that eventually determine confidence values of the data at machine speeds resulting in symbology presented on the visor of the pilot (human-machine teaming). This same information is replicated not only throughout the formation but also at command-and-control headquarters across the network.

At a recent Red Flag training exercise, the F-35B debuted with Marine Corps Capt. Jordan Hedges in the lead. Long before the large formation of Air Force, Navy, and Marine aircraft completed their air refueling and prepared to enter “enemy airspace”, a battle was raging in the cyber and space domains. Real-time decision-quality information from operations in these domains was passed to Capt. Hedges and members of the formation. Much like a quarterback, he began calling audibles for the joint team based on information displayed in a way that allowed him to better understand the fight taking place simultaneously in the air, on the surface, in space, and in cyber. In the middle of the fight, while leading the 100-plus aircraft package to their targets despite a robust integrated surface and air-to-air threat (i.e. A2/AD), he was tasked to move assets based on an intelligence tip about a high-value-target convoy. While all of this was going in, he was simultaneously tasked to support a Special Operations team insertion to a defended objective and then orchestrate the rescue of a downed pilot behind enemy lines.

Open system, simultaneous, multi-domain, vertically and horizontally integrated, with the result being decision speed and operational agility. This is just a snapshot into the future of combined arms in the information age of warfare.

Integrate across domains and components

The second level of integration is the horizontal connection of the various functional communities that must coordinate and integrate their activities so the sum of our operations is always greater than merely adding together the individual parts. This begins across components when a combatant commander demands vicious harmony in order to ensure the joint force hits on all cylinders. But it is far more than a military challenge. Much as we must stitch together domains vertically to sense the globe, provide decision-quality information, and create multi-domain effects, we must also stitch together the variety of stakeholders horizontally who offer the ability to contribute to creating multiple dilemmas for our adversaries.

This is going to require us to find creative ways to better share information with our international teammates as we prosecute campaigns “by, with, and through allies and partners.” As improved technology fosters mission growth (think no further than the current cyber and ISR enterprise that didn’t exist 15 years ago), there has been a corresponding increase in the security levels of information. This has often made coalition warfare more challenging, not less, as we work to fully leverage one of our great national strengths: the ability to build and sustain alliances and coalitions who share common values and interests. Not one of our adversaries or competitors in the 4+1 framework can claim this as a strength.

There are a number of stakeholders who operate today in space, including military, civilian, inter-agency, commercial, and coalition partners. Should a conflict extend into space, there is currently no mechanism to coordinate and integrate activity in order to ensure that information available to one stakeholder is available to others, that our operations more effectively defend our assets and information, and that we better employ our capabilities as a family of systems, not individual elements operating independently.

The JICSPOC experiment is helping us better understand how to stitch all of our space stakeholders together horizontally as an enterprise to better defend and create effects in and from space. Because space capabilities are connected to all domains, better horizontal integration also improves operations vertically as data becomes decision-quality information for more leaders in the network.

War in the information age will continue to rely on a foundation of trust and confidence across the joint and combined team. The relationships we have built over the past quarter-century of conflict at the tactical, operational, and strategic levels set the table now for a revolutionary approach to future combined arms. In the end, it will be our ability to achieve decision speed and the operational agility to lift and shift forces and capabilities across all domains and functional components simultaneously that will produce not only a warfighting capability our enemy can’t hope to match, but also a lasting deterrent in the 21st century.

In the Air Force, we remain committed to working with our joint and coalition teammates to advance the dialogue.

NEXT STORY: How Trump Will Affect the India-Pakistan Balance of Power