Frustrated sources on the ground say the State Department is struggling to get behind the Syrian Kurds and the U.S. military would struggle to proceed without them. As for Russia, well...

The end game has arrived. In Syria, the U.S.-backed campaign to retake Raqqa from the Islamic State is nearing its final chapter. And yet the rifts inside the United States government about what to do next, as ISIS falls, are as evident in President Donald Trump’s administration as they were many months ago in Obama’s. The questions about the long-term have yet to be answered.

Just take two fronts: America’s relationship with the Syrian Kurds who are leading the grinding fight against ISIS, and the question of Iran after ISIS.

Already there is a gap between the State Department and U.S.-led forces fighting the war in Syria. Parts of the State Department — particularly U.S. diplomats based in Turkey — share the Turkish government’s concerns about U.S. forces aligning with Syrian Kurds and have been worried about U.S. plans to have Syrian Kurds take part in whatever stabilization efforts come next. Meanwhile, in the eyes of those in uniform inside Syria with an up-close view of the battle, the Syrian Kurds are the best fighting force America has in country. They’re also most able to access and assist with Syria’s humanitarian crisis and post-conflict stabilization.

The divide is driven by the differing mandates facing State and the Pentagon. The State Department is working to keep NATO ally Turkey in dialog and on board. The Pentagon is charged with fighting ISIS with local forces and without tackling the Assad regime.

This means that Trump’s State Department can’t fully embrace a stabilization plan in Raqqa (much less negotiate one with Russia) so long as the Syrian Kurds remain both a central part of it and aligned with the PKK, or Kurdistan Workers’ Party, which Turkey considers to be a terrorist separatist group. That’s a challenge. In April, a group called the Raqqa Civilian Council was established to return order and forge a durable peace after the defeat of ISIS. It was founded and is led by Kurdish and Arab allies of America’s anti-ISIS coalition.

“Turkey is important. We are just bred on the importance of Turkey” - Amb. James Jeffrey

So the State Department is struggling to get behind the Syrian Kurds and the U.S. military would struggle to proceed without them. Both State and the Pentagon serve a nation that has come to see nation-building as a four-letter word rather than a necessary part of stabilization after war’s destruction ends. All of this combines to make a full-throttled rebuilding plan for Raqqa hard to envision. Also hard to envision is how a bite-sized stabilization plan that doesn’t fund governance structures, schools, and power can lead to a peace that lasts — and doesn’t descend once more into a chaos that requires U.S. forces to return.

“Gen. [Joseph] Votel and CENTCOM, and [U.S. Special Envoy] Brett McGurk, these people see their mission as defeating and destroying ISIS. That is an official mission that they have been given, they have been carrying it out for along time with ever more success, and this is a real U.S. policy,” said James Jeffrey, former U.S. Ambassador to both Turkey and Iraq.  “And then there is another group of people who worry about Turkey, and that is mainly in the State Department – and CENTCOM drives them crazy.”

For State Department officials, notes Jeffrey, “Turkey is important. We are just bred on the importance of Turkey. You name the issue, beyond North Korea and the South China Sea, and you have got Turkey in the middle of it.”

For Votel and CENTCOM leaders there is no question that managing the Turkey relationship is both a pressing priority and an urgent conversation: military officials spend a great deal of time checking in and being in touch with Turkish officials. As Chairman of Joint Chiefs Gen. Joseph Dunford noted in a recent interview, “we have done everything we could to address Turkish concerns, and I personally have made on the order of nine visits to Turkey to speak with my counterpart there. I think the Turks appreciate that.” Yet the Obama-era Washington mandate to find a local fighting force able enough to take on ISIS led the U.S. military directly to the Syrian Kurds, all the way back in 2014.

State Department officials in Turkey regularly share Turkey’s concerns with U.S. military officials charged with pressing ahead with the ISIS fight alongside the Syrian Kurds, according to those in uniform close to the fight.

Related: The Fatal Flaw in Trump’s ISIS Plan
Related: What Are Turkey and Russia Doing in Syria?
Related: So Trump Is Arming Kurds…Then What?

After ISIS falls, there is a much bigger question about America’s strategic future in the Middle East, and Trump’s plans for Iran.

Secretary of State Rex Tillerson said this week that the United States is prepared to talk with Russia about joint efforts to stabilize war-ravaged Syria, including no-fly zones, on-the-ground ceasefire observers, and coordinated humanitarian aid delivery. Friday’s announcement of an agreement regarding a ceasefire in Syria’s south may be just the start.

So far, leaders in theater haven’t received any word.

“I haven’t been tasked to provide input or new ideas about how to do more with the Russians,” said Army Lt. Gen. Stephen Townsend, commander of Combined Joint Task Force Operation Inherent Resolve, speaking to reporters Tuesday.

The U.S. has dangled a carrot of cooperation on Syria before. In July 2016, officials supporting then-Secretary of State John Kerry said to Reuters, “There is no alternative to working with the Russians.” Kerry himself echoed that thought in interviews. Then, in September, Kerry and Russian Foreign Minister Sergei Lavrov “discussed possible cooperation between the two nations to defeat terrorist groups active in Syria.” Pentagon officials publicly said they’d welcome it, but it never happened.

So, one year later, with Raqqa’s inevitable liberation in sight, once more a U.S. secretary of state is publicly endorsing the idea of working with Russia on the ground in Syria. The last few years have witnessed an uncomfortable waltz between the United States secretary of state and his Russian counterpart on Syria. The Americans keep pushing Russia to focus on ISIS as a common enemy and trying to avoid clashes between Russian or Syrian forces and the U.S.-backed forces inside Syria seeking to wrest control of their territory. That dance has always ended with Russia proceeding as it intended from the outset.

Why will this time be different? Kerry worked tirelessly for peace agreements and cease-fires, trying to shame Putin to withdraw support for Syrian President Bashir al-Assad. How committed is Tillerson to that effort, or to really coordinating with Russia, given that Russia is cooperating with the Syrian regime’s other ally: Iran.

“While the cities of Raqqa and Mosul will soon be liberated, we recognize that Syria requires a political solution that does not advance Iran’s destructive agenda and does not allow terrorist organizations to return,” Trump said Thursday in Poland. Russia likely would disagree. Moscow’s battlefield ally Iran has been using the Syrian civil war to expand its influence, and there is little sign it is keen to give up its growing footprint once the war ends.  The fight to hold territory along the Iraqi border is only the latest sign. And it is possible that U.S.-backed forces thwarting some of Iran’s ambitions in southern Syria is part of what is driving Russia toward talks on the terrain.

Thus far the Pentagon has been largely quiet on the idea of further cooperation with Russia. Defense Secretary Jim Mattis and the leaders of the U.S. military campaign against ISIS in Syria have spent a great deal of time on “deconfliction” and stopping inadvertent direct conflict between the two militaries before it starts.

“With the Russians, those channels have been quietly working,” Townsend said Tuesday. “Despite some diplomatic tensions out there, the military-to-military channel in theater has continued to work quietly and professionally and helpfully, so we do deconfliction with the Russians and that is working for now.”

It would largely be up to those local Syrian Arab and Kurdish militia fighting on the front lines, and the U.S. forces backing them, to oversee the implementation of any extended deal with Russia. And to see how durable it might be.

But then what? As we have asked before, what comes after ISIS? Will Assad be forced to cede his power, and, if so, when? How does this war stay ended?

Raqqa is going to fall soon, and when it does, either Trump in Washington, Putin in Moscow, or Rouhani in Tehran — or perhaps some combination of these three — will gain a foothold in a key Middle East state for decades to come.

If only we had a plan. 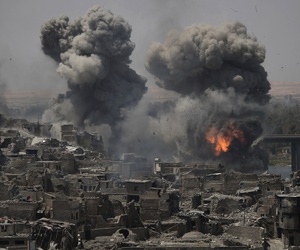 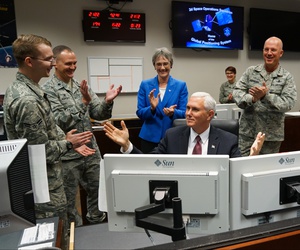 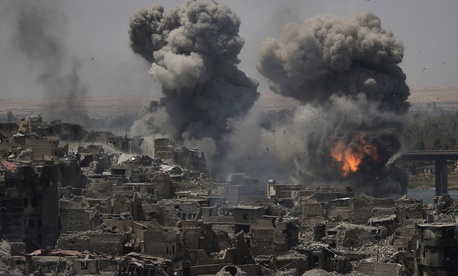 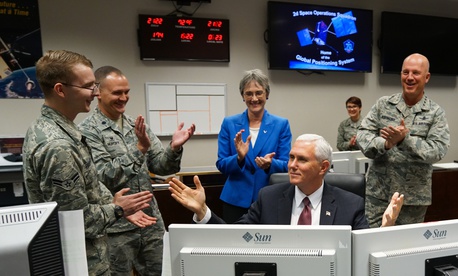