Armed Syrian fighters evacuated from the embattled Syrian city of Aleppo during the ceasefire arrive at a refugee camp in Rashidin, near Idlib, Syria, Tuesday, Dec. 20, 2016.

The United States and its allies ought to think in terms of 'viable partners,’ ‘irreconcilables,’ and ‘unknowns.’

Since al-Qaeda solidified its grip on Syria’s Idlib province in July, rumors have been circulating about an impending operation against it. Reportedly, Russia, Turkey, and Iran discussed combined military action against al-Qaeda in the province in the September 14-15 Astana talks as a step towards creating a “de-escalation zone” there. According to a leaked map from the meetings, Turkey would be responsible for clearing al-Qaeda from crucial territory in the west.

To this end, Turkey has organized a so-called “Ministry of Defense” for the opposition’s stillborn Syrian Interim Government and underneath it a “National Army” comprising a wide array of opposition groups from hardline Salafists to ostensible moderates as a fighting force against al-Qaeda. Turkey has also brought tanks and armored vehicles to the border town of Reyhanlı, and on October 5, Turkish President Recep Tayyip Erdogan announced that the Turkish Armed Forces would conduct operations on the Syrian side of the border.

Whether the United States gets involved and resumes its support for rebel groups via the Turkish operations room remains to be seen. The man at the helm of U.S. policy in Syria, Special Presidential Envoy for the Global Coalition to Counter ISIS Brett McGurk, said in late July, “We are going to have to work with the Turks and others to degrade [the al-Qaeda] presence [in Idlib].” If the United States does support this Turkish operation, it will meet the same challenges it has faced since it began its train-and-equip program in 2013: determining which fighters are reliable moderates and which are extremists.

Past U.S. efforts to support the Sunni Arab opposition have hardly been a success. Fighters from Nour al-Din al-Zenki, a vetted group once touted as “moderate” and given U.S. money and weapons, released a video of themselves beheading a Palestinian child in July 2016. Zenki also cooperated closely with Syria’s al-Qaeda affiliate and even briefly joined Hay’at Tahrir al-Sham, a group al-Qaeda created in February to absorb other opposition factions while obfuscating its own presence. Faylaq al-Sham, the Free Idlib Army, and other groups have also received U.S. support and gone on to cooperate closely with al-Qaeda in a number of battles and campaigns. They have participated in the same operations rooms, sharing weapons and supplies with al-Qaeda over the course of the war.

U.S.-backed and ostensibly moderate groups have even turned their fire on U.S. personnel. In late August, weeks after Free Syrian Army units first fired on U.S. patrols north of Manbij, U.S. troops finally fired back. One of the groups allegedly involved in the latest incident, the Sultan Murad Division, had received U.S. TOW missiles as late as February 2016.

Beyond these problematic U.S.-armed groups, a number of others that Washington has refrained from arming yet declined to blacklist—thus leaving open the door for Turkey, Qatar, and Saudi Arabia to support them—are even more troublesome. These have included Ahrar al-Sham, Jaish al-Islam, and others that have fought al-Qaeda at times, most notably this past July, but have also cooperated closely and formed robust umbrella organizations with the transnational jihadist group. Despite insisting upon their moderate nature, these groups have certainly committed their own atrocities.

Each of these groups of concern—Ahrar al-Sham, Jaish al-Islam, Nour al-Din al-Zenki, Faylaq al-Sham, the Sultan Murad Division, and the Free Idlib Army—is a member of the opposition’s new “National Army” and “Ministry of Defense.” These groups may have put their names down on paper, but nothing is changed for them on the ground. Apart from al-Qaeda having more overt control after the July 2017 battles, the new Idlib, with all of its challenges, is the same as the old Idlib.

If the United States, its partners, or other international actors intervene further in Idlib and try to wrest the province from al-Qaeda hands, how can they better separate moderates from extremists? The question itself is flawed. Basing groups’ moderation on their waving the FSA flag, memorizing talking points about pluralism, and objecting to al-Qaeda has proven insufficient. Continuing down this line will prolong the flow of arms and support to groups that are not amenable to a future Syrian state. Coalitions will collapse, the war will continue, and, given the current trajectory, it will result in a highly destructive, uncompromising victory by Assad. Conversely, trying to sideline any group that has previously cooperated with Syria’s al-Qaeda affiliate and labelling them an “extremist” would create too many spoilers and also jeopardize a future Syrian state.

Instead of splitting groups into “moderates” and “extremists,” the United States and its allies ought to think of the opposition in three categories: viable partners, irreconcilables, and unknowns.

Viable partners need to prove they are conducive to a future state in order to receive arms and support. Their backers should pressure them to uphold ceasefires (and disconnect from groups that violate them) and agree to a public, general framework for peace with the regime and its backers that defers the question of political transition. Terrible as it may be, the regime has solidified its position and significantly diminished any chance of it being dismantled. Negotiations must now focus on more limited objectives, including institutionalizing some kind of decentralization of power, demanding partial autonomy in select areas, and pushing for other concessions rather than a total overthrow of the regime. Concurrently, Russia would need to pressure the regime to accept ceasefires and a framework along these lines. Assad will no doubt be resistant. He has violated Russia’s ceasefires and will be opposed to any agreement that diminishes his power in a meaningful way, but there are indications that Moscow would be amenable to applying pressure for such a solution.

If the regime, its backers, and pragmatic opposition groups can agree to general principles, then Syria might just move closer to a resolution that prevents a total victory by Assad and the violent reconsolidation of his power. But backers of the opposition must provide support only to groups that are signatories of a general framework agreement. Failure to condition support in this way will reinforce centrifugal forces that stand only to worsen the conflict and disrupt the prospects of any Syrian state.

Groups that egregiously violate ceasefires, fail to sign a general framework, and attack groups that do sign a framework should be categorized as irreconcilables. The United States, its partners, and other backers of the opposition should target these groups with airstrikes and direct viable partners to fight them on the ground. The lack of substantial aerial campaigns against al-Qaeda’s Hay’at Tahrir al-Sham made it all the easier for it to absorb other groups and take control of Idlib province earlier this summer.

Groups in the middle—ones that refuse to sign a general framework but, by in large, maintain ceasefires—should be categorized as “unknowns.” Backers of the opposition who are interested in peace should neither support nor target these fighters. If the unknown camp sees simultaneous push factors of airstrikes targeting irreconcilables and pull factors of support and arms for pragmatic groups, they may feel compelled to sign a general framework and join the ranks of the viable partner groups.

A plan like this requires discipline and patience. Syrian opposition groups will, understandably, be extremely resistant to signing any agreement that does not entail the ouster of Assad. Few, if any, groups will agree to this initially, and none will agree if they feel they can continue to receive support otherwise. But if the United States, its partners, and other foreign powers fail to properly condition support for the opposition, they will needlessly prolong the war and be no closer to accomplishing their objectives in Syria. Instead, if they institute better mechanisms for identifying viable partners, they stand a better chance to build a force on the ground that can not only beat al-Qaeda but also integrate into a future state. This approach, of course, has myriad challenges, but it is perhaps the only responsible way forward. 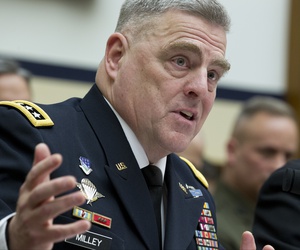 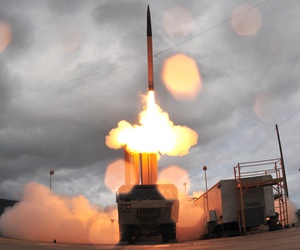 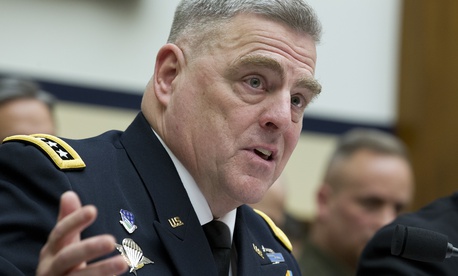 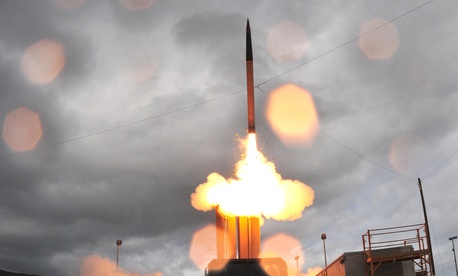