Building Stronger Public Health through the Pandemic and Beyond
Skip to Content
Get all our news and commentary in your inbox at 6 a.m. ET.
Ideas
Russian Subs Are Sniffing Around Transatlantic Cables. Here’s What to Do About It

First, realize that they carry more than just phone calls and email. 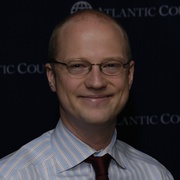 The resurgence of the Russian navy has, among other things, jolted Western media and military leaders back to an awareness of the undersea cables that carry more than 90 percent of international communications — and of their vulnerability. Two years ago, unnamed commanders and intelligence officials told the New York Times that Russian submarines were operating worryingly close to various cables. In mid-December, Britain's most senior military officer went public with the alarm, warning that Russia constituted an immediate threat to transatlantic cables; indeed, said the UK’s Air Chief Marshall Sir Stuart Peach, a "new risk to our way of life."

The threat to the submarine cables is indeed real, but it is hardly new to this age of strategic competition, and leaders would do well to temper their concerns about a highly redundant communications system and to increase their focus on other vulnerable undersea infrastructure.

Certainly, the submarine cable network was not always so robust. The first transatlantic lines between the U.S. and Britain, laid in the late 1800s, often simply broke. Early in World War I, Britain severed all of Germany's handful of cables. The action was repeated during World War II, and the United States commandeered the cut German cables to link to its forces in Europe. In the Cold War, special U.S. submarines tapped Soviet military cables in the Barents and Bering Seas — one of the era’s biggest intelligence coups. The Soviets took a similar interest in Western cables; in 1959, U.S. Navy forces boarded a Soviet trawler suspected of tampering with AT&T lines off the Newfoundland coast.

Even a partial loss of connectivity or bandwidth could prove disruptive and frustrating to both commercial and military operations.

But to completely sever the communications coursing across the North Atlantic seabed today would be hard, if not impossible. Not because the cables are especially hardened or run along classified routes, but simply because there are so many of them that Russia's skilled, but small, specialized submarine force would find it tough to get to them all. Still, even a partial loss of connectivity or bandwidth could prove disruptive and frustrating to both commercial and military operations. In 2008, an accidental cable break in the Mediterranean forced the U.S. military to reduce drone operations from Balad Air Base in Iraq from hundreds of daily sorties to only tens, as communications slowed to a crawl between the drones in Iraq and the operators in the continental United States.

But modern submarine cables provide more services than just rapid and cheap communications for businesses and governments across the North Atlantic. Such links foster the large and growing offshore oil and gas industry in the North Sea, the Norwegian Sea, and the Barents, whose facilities are monitored and controlled from ashore. As well, electrical cables strung across the seabed are helping to internationalize electricity markets. Russia has taken an interest in these systems; its agents are suspected of hacking Norway's state-owned energy company Statoil in 2014. That same year, warships from Russia's Baltic Sea fleet aggressively maneuvered around ships laying electricity cables across the Baltic Sea from Lithuania to Sweden, bringing the work to a temporary halt.

Some more likely scenarios than the complete severing of trans-Atlantic links include covertly disrupting some cables, or a particular part of the network, in order to cause confusion or uncertainty and degrade military and civilian communications — an element of hybrid warfare that Russia has swiftly advanced over the last decade. The submarine cables, if successfully tapped and their traffic decrypted, would yield a trove of intelligence about both business and governments.

Russia is clearly dedicating resources towards this end; among them, the development of purpose-built submarines, such as the AS-12 Losharik, to perform technical work on the ocean floor. Because the deep-diving Losharik has limited range, Russia has converted two ballistic-missile submarines to haul it into position, with another Oscar-II SSGN currently being converted for special-purpose missions. The Russian government says little about these subs, but in recent years they have been spotted in the Bay in Biscay and by Norwegian scientists doing research in the Arctic.

Intercepting and disrupting communications have always been part of military competition, and so it is today in the contest between Russia and the United States and its NATO allies over the future of the European security order. (It should also come as no surprise that the United States is equally interested in exploiting the submarine cables being used by Russia or China, using special-mission submarines such as the USS Jimmy Carter.)

There is no magic shield to protect the submarine cables strung across the North Atlantic that support a myriad of commercial, government, and military operations. The best protection lies in along the lines of resilience and redundancies, along with better monitoring of Russian sub-surface operations in the North Atlantic and elsewhere by NATO and the United States.

NEXT STORY: Look to Norway? Yes.