Perspecta's View: Six Steps for DES to Capture Innovation
Skip to Content
Get all our news and commentary in your inbox at 6 a.m. ET.
Ideas
The White House Is Relaxing Drone Exports. Here's a Good Next Step

A 31-year-old arms-control pact governs UAVs as if they were cruise missiles. Our national leadership in the field depends on fixing that. 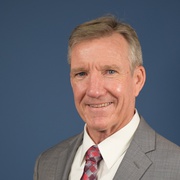 Remotely piloted aircraft and their technology and capabilities were, like many advances, pioneered and perfected in the United States. Americans thought creatively and innovated their way to capabilities that delivered unique, asymmetric advantages in the modern battlespace. Unfortunately, bad actors stole our technology, replicated it, and are selling it abroad. An international agreement signed in 1987 that never conceived of remotely piloted aircraft, or RPAs, leaves our industry hamstrung and hemorrhaging its once-dominant market share.

Thirty-five countries joined that agreement, called the Missile Technology Control Regime, seeking to slow the proliferation of ballistic and cruise missile technologies. And indeed, the MTCR has helped regulate missile technology and slow its spread to the worst international actors. The problem is its overly broad definition of “cruise missile,” which encompasses today’s advanced RPAs.

This mis-definition sets inappropriate and damaging limitations on the export of RPAs, hindering U.S. firms’ market access and growth in key manufacturing sectors. By limiting potential revenue streams, the regime limits U.S. investment in next-generation military and commercial applications, and in so doing, threatens our leadership in military RPA technology. Abiding by the regime also cedes international market share to others not necessarily aligned with U.S. interests.

On Thursday, the Administration released a National Security Presidential Memorandum that directs updates to the U.S. Conventional Arms Transfer Policy along with the Policy on the Export of Unmanned Aerial Systems to help preserve U.S. national security priorities and outpace the competition. These updates seek to ease restrictions on exporting less-lethal RPAs and systems used for intelligence, surveillance, and reconnaissance on two-way missions. Separately, the Administration also plans to seek adjustments to the MTCR itself. Both efforts would maintain the intent of MTCR yet still support the national defense innovation base.

The administration’s changes would enable continued U.S. global leadership and expand security cooperation with allies and new partners. The changes would strengthen a key area of the U.S.’ vibrant industrial base and manufacturing sector; they would ensure our military continues to operate with superior hardware and help us to achieve the objectives in the National Security Strategy.

But while the proposed policy adjustments are a step in the right direction, more can be done. Though the United States reigns supreme in military RPA technology today, current MTCR-based export restrictions limit potential revenue streams U.S. companies could use to re-invest in future research and development programs. They also cede international market share to others not necessarily aligned with U.S. interests.

MTCR restrictions equating RPAs with cruise missiles rely on two criteria: payload and range. One way to account for the development of modern RPAs would be to add a third criterion, speed, which would ease export restrictions on RPAs flying at a maximum of 800 kilometers per hour. This would encompass most current systems along with future commercial platforms and put U.S. aerospace and defense industries on a more competitive playing field with non-MTCR signatories, such as China and Israel.

The proposed changes we offer align with other export-control reform efforts, under which the United States transfers less-sensitive defense systems, items, and services from the State Department’s restrictive “U.S. Munitions List” to the Commerce Department’s less restrictive “Commerce Controlled List.”

Under the Administration’s new proposals, less-sensitive RPAs in Category I could be approved for export (still case-by-case) under the less burdensome direct commercial sales avenue instead of the more regulated foreign military sales process. The government would evaluate these RPA sales upon the purposes for which they were produced: dual-use and commercial applications.

The changes would not affect our most sensitive missile technology, which will remain controlled under the MTCR’s Category I Annex. MTCR restrictions will continue to protect the most sensitive and lethal technologies from proliferation and exploitation by potential adversaries and rogue nations.

We have reentered a time of great-power competition as China and Russia vie for advantage through all the elements of national power — diplomatic, informational, military, and economic. As a former commander of Air Combat Command, I assess our competitors will happily supply our potential partners, and even some allies, with the RPA capabilities we restrict ourselves from exporting. This would not only limit the benefits to our industries but also reduce interoperability to jointly deter or defeat our adversaries. We must consider our national security priorities and craft thoughtful RPA restrictions to reflect America’s wider interests. Otherwise, the United States is looking at a future of playing economical, technological and military catch-up.

NEXT STORY: The Pursuit of AI Is More Than an Arms Race