Building Stronger Public Health through the Pandemic and Beyond
Skip to Content
Get all our news and commentary in your inbox at 6 a.m. ET.
Ideas
The Shutdown Is Great News for Russia

The competition of democracy versus dictatorship is to a degree a contest of narratives. 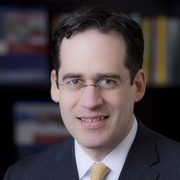 The longest government shutdown in American history is making headlines around the world. It will also have global effects, none of them good. U.S. political leaders, so unable to compromise, should understand how their decisions chip away at national security.

First and most obvious are the practical consequences: the State Department employees who have spent weeks on furlough, unable to advocate for U.S. interests; the active-duty Coast Guard members who continue to perform essential functions without pay. Going into critical talks with China, the U.S. Trade Representative’s office lacks 70 percent of its staff.

These effects will end when the government reopens. Not so the increased political polarization that this process engenders, and that provides the kindling on which Russia and others are so keen to throw sparks.

Moscow believes that a divided America is weaker and more inwardly focused, less able to marshal national will or project power—or, to Moscow’s mind, threaten Russia. So Moscow continues to disrupt American democracy by empowering the most polarizing voices and amplifying them in cyberspace and beyond. Left wing, right wing—the ideological disposition matters less than the intensity of the fight.

The wisest response would be national solidarity and a demonstration that the United States can’t be fractured. The actual response, of course, has been anything but that. America’s newly divided government has kicked off 2019 by closing itself, practically doing the Kremlin’s work for it. Who needs a foreign adversary when there’s an opposing party?

The most consequential foreign-policy downside of the shutdown, however, is in the realm of ideas.

Today, Republicans and Democrats generally agree that the United States has reentered an era of great power competition, in which Beijing and Moscow wish to contest the attractiveness of democratic government and shape a world consistent with their authoritarian model. Many policy makers are newly worried that alternatives to liberal democracy will gain currency, and lawmakers on both sides of the aisle concur. Senator Mitt Romney cautions that the alternative offered by China and Russia is “autocratic, corrupt, and brutal,” while Bernie Sanders has called for solidarity among democracies in the face of an “authoritarian axis.”

This competition of democracy versus dictatorship is to a degree a contest of narratives—and the government shutdown plays into the wrong one. Beijing and others peddle a seemingly attractive story: that fractious, paralyzed democracies simply can’t muster the will to deliver the goods their people want. Better, they suggest, to embrace an effective, tech-fueled autocracy that can move nimbly to pursue national interests and spread prosperity. What’s a bit of free speech and the right to choose your leaders if those leaders merely squabble while strongmen lead their populations boldly forward? Government derives its just powers, they suggest, from the convenience of the governed.

Even recently, this line of argument would have been seen by the vast majority of people as obviously wrong, and until recently polls showed that majorities in virtually every region of the world favored democracy. But liberal democracies continue to create unfortunate grist for the mill.

A year ago—and remember, the last major shutdown was only last January—China’s official news agency published a commentary saying, “What’s happening in the United States today will make more people worldwide reflect on the viability and legitimacy of such a chaotic political system.” This time around, the Global Times, Beijing’s jingoistic, English-language outlet, doubled down. “Americans boldly portray their democracy as a global model and sell its standard worldwide,” the newspaper said. But “the government shutdown has been going on for nearly three weeks and involves 800,000 government employees not being able to work normally. This is too much even for the US. Developing countries that are exploring a development path can hardly afford it.”

This latest shutdown is, of course, just one episode, and will not on its own puncture the democratic balloon. Nor will populations abroad simply forget all the drawbacks of dictatorship and illiberalism. But combine the shutdown with its previous episodes, add to it fiscal cliffs and battles over raising the debt limit, salt in the effect of sequestration and an inability to pass basic legislation, and you have the makings of a narrative that is bad for America. Brexit chaos, protests on Parisian streets, and the like don’t help.

Today’s government shutdown is unlike North Korean missiles or Iranian proxies or Russian hacking. It is a problem of America’s own making, featuring only Americans against Americans, and is thus amenable to immediate resolution. Indeed, everyone knows that the U.S. government will reopen, if not when and on what terms. Once it does, this latest demonstration of political dysfunction will begin its retreat into memory. Its national-security effects may be longer lasting.

NEXT STORY: Let’s Make This the Last Shutdown. Please.