Perspecta's View: Six Steps for DES to Capture Innovation
Skip to Content
Get all our news and commentary in your inbox at 6 a.m. ET.
Ideas
I Ran the Air War Over Gaddafi. Here's Why The US Should Stop Backing the Yemen War

One hopes Jared Kushner said it in Saudi Arabia, but Congress should curtail the Pentagon’s participation in this war. 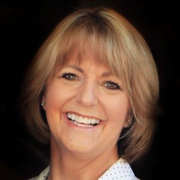 The White House has signaled that it doesn’t intend to abide by Congress’ serious concerns surrounding the U.S. role in the conflict in Yemen. So, it should come as no surprise that this week when Jared Kushner met with Saudi Crown Prince Mohammed bin Salman in Riyadh there was no discussion of Yemen.

This was an opportunity lost.

The United States should disengage from Riyadh’s strategically counterproductive and morally pernicious war. The human and geopolitical stakes demand as much. While the reasons that prompted the United States to involve itself in Yemen once may have been valid, in 2019 there is little good reason to continue America’s role there.

I do not say this lightly. I led the air component of the coalition campaign against the government of Libyan dictator Muammar Gaddafi. I spent most of my professional life serving our country in uniform, in fact. That mission and my 31 years of service taught me that force cannot be the sole tool used to deal with complex conflicts. The war in Yemen, like many other seemingly intractable clashes roiling the globe, can be ended only if all stakeholders agree to pursue a political solution in good faith. That’s not likely to happen if the United States maintains unconditional support for Saudi Arabia.

But despite bipartisan congressional action on Yemen and calls for accountability over the murder of Washington Post columnist Jamal Khashoggi, there’s no indication from the White House that Kushner, the president’s senior advisor and son-in-law, and bin Salman discussed the roles of their respective governments in the war and stemming Yemen’s massive humanitarian crisis. A White House readout stated only that the two focused on Kushner’s Israel-Palestine peace plan and economic investment.

Earlier this month, the House voted to direct the Trump administration to cease supporting the Saudi-led side of Yemen’s conflict. If, as is expected, the Senate votes on a similar resolution in coming weeks, Congress will approach a historic milestone: the first successful invocation of the 1973 War Powers Resolution concerning congressional responsibility for authorizing America’s overseas conflicts.

Yemen is in a complex national and regional power struggle pitting rebel Houthi fighters, who receive support from Iran, against a Saudi-led coalition, including the United Arab Emirates, or UAE, which backs the Yemeni government. The war has deteriorated into one where Saudi Arabia and the UAE strike from the air and arm disparate groups of Islamist and tribal militias. Some of these groups, according to media reports, have links to al Qaeda, and are being armed by our Gulf partners with diverted U.S. weapons. The Houthis, whose control includes the capital of Sana’a, indiscriminately shell civilian areas, among other war crimes. The Saudi-led coalition has led the way in creating a man-made crisis of appalling proportions, bombing hospitals, schools, and water facilities and obstructing humanitarian aid delivery. Over 24 million people in Yemen — four-fifths of the population —desperately need aid and protection. Save the Children has estimated that 85,000 children under the age of 5 have starved to death since 2015 due to the conflict. The cost of the international humanitarian response for 2019 alone is estimated at $4 billion.

Saudi and UAE air strikes have caused the majority of more than 16,700 known, direct civilian casualties, a figure analysts believe grossly underestimates the scale of harm to Yemen’s civilians. A recent UN investigation found that U.S.-supported coalition forces have targeted weddings, funerals, and medical facilities; tortured detainees; raped civilians; and recruited child soldiers — all war crimes. The United States is not involved in selecting these targets or carrying out these acts, but we are implicated by association.

Some argue that U.S. assistance to the Saudi-led coalition has helped, not harmed, the humanitarian situation by pressing the Saudis to prioritize the protection of civilians. But the reality is that for Yemenis on the ground, things have been getting unambiguously worse. The rate at which the Saudi-led coalition bombs civilians, frequently using bombs made in the United States, hasn’t changed in years, according to the independent watchdog Yemen Data Project. And in his recent confirmation hearing, Christopher Henzel, Trump’s nominee to be U.S. ambassador to Yemen, stated that Saudi commanders continue to bypass their own civilian protection procedures.

The House vote this month was important not only because it rebuked a policy of unconditional support for this calamity, but also because congressional pressure seems to be playing a clear role in bolstering UN-led peace talks between Yemen’s warring parties.

Members of Congress from both political parties shouldn’t take their foot off the gas now. Prospects for peace in Yemen are higher than they’ve been in years. Congress should curtail the Pentagon’s participation in this war, prohibiting in-flight refueling and halting the transfer and licensing of offensive weapons for use by the Saudi-led coalition in Yemen, at least until effective conditions are met. Americans should support these restrictions, because ending the war in Yemen is the most effective way to curtail threats from al Qaeda and other terrorists groups, which have benefited from Yemen’s instability.

It makes no sense to facilitate a human tragedy in Yemen while accelerating instability in a crucial region of the world. Instead, America’s priority should be to use what leverage and tools we have to keep all parties at the negotiating table. Congress appears to understand this fact. One would hope that Mr. Kushner used congressional pressure to his advantage during his talks in Riyadh, telling our Saudi partners that it’s in both our countries’ interest to bring the war to a rapid end. We can hope that he did, even if the White House’s public statements don’t reference as much. Either way, there is little time to lose, and Congress must act.

NEXT STORY: The India-Pakistan Crisis Has Lessons for Trump and Kim