John Bolton, Trump's national security advisor, at the White House on Apr. 30, 2019. Bolton announced via email later that week a US aircraft carrier, ships and bombers would shift toward Iran, sparking fears of conflict.

A simple press conference could have avoided 36 hours of confusion and fears of war with Iran.

This all could have been avoided with one press conference.

Line up the defense secretary, the Joint Chiefs chairman, the appropriate generals and admirals, and announce that U.S. ships and bombers were being directed in and toward the Middle East to provide additional firepower to meet a new and credible threat by Iran against U.S. forces in the region.

Do it at the Pentagon briefing room, as was once the usual practice. If it’s of a higher importance, then do it at the White House — perhaps by dramatically walking it into the briefing room, as Reagan did during the Cold War, or even by going on primetime television. Explain what you know. State your case. Answer a few questions from reporters, to help them get the details right. Then sign off, having informed the public and made the political and national-security statement you wanted to make. Simple.

It shouldn’t be this hard.

Related: The Slow Death of the Iran Nuclear Deal

Instead, with one ill-advised email on Sunday night, the White House had some folks believing that President Trump was going to war with Iran (or at least, some of his opponents proclaimed he was). He isn’t. But he sure gave some Americans and allies a fright. And the Trump administration’s national security team from the White House to the Pentagon gave us the latest and most alarming example of why the world needs a good interagency process and some competent public affairs officials in those government agencies, and fast.

In what at first seemed an attempt to sound tough on Tehran, the administration turned what was a routine ship deployment into, seemingly, a major movement toward war. It’s unusual for any top official, much less someone at the White House, to announce ship movements. It’s unheard of to do it in the manner that has unfolded since Sunday. That’s when reporters first received a White House-emailed statement from National Security Advisor John Bolton, around 8:30 p.m.:

“In response to a number of troubling and escalatory indications and warnings, the United States is deploying the USS Abraham Lincoln Carrier Strike Group and a bomber task force to the U.S. Central Command region to send a clear and unmistakable message to the Iranian regime that any attack on United States interests or on those of our allies will be met with unrelenting force. The United States is not seeking war with the Iranian regime, but we are fully prepared to respond to any attack, whether by proxy, the Islamic Revolutionary Guard Corps, or regular Iranian forces.”

The president’s national security advisor never (almost never?) announces a ship movement, but the alarmingly bellicose language from the White House was clear and newsworthy.

Immediately, reporters who cover the military raised red flags. Hadn’t the Lincoln already deployed for a previously scheduled rotation into CENTCOM? What were these “troubling and escalatory” warnings Bolton mentioned? Is there actually something new happening, or is this just Bolton and company chest-thumping again, adding more bluster to the anti-Iranian rhetoric and policy shifts that have been going on for about a month? Were Americans in imminent danger? Were U.S. troops or allies in the region in danger?

No answers could be had because no White House or administration official was made available to answer them.

So, by Monday morning, reporters began asking questions elsewhere, and getting some quick answers.

“Kevin, this is meat-and-potato carriers operations. You don’t typically send a carrier out for a specific operation like this. You task whoever is around and they go. We knew last year ABE headed out for this deployment. This is all very normal,” wrote Sam LaGrone, a writer for the U.S. Naval Institute.

Soon, other journalists at the Pentagon began to report that unidentified U.S. officials said there was new intelligence that prompted the ship movement and Bolton’s announcement. They spoke on background presumably so that they wouldn’t be at odds with the White House’s attempt at messaging.

But the questions continued: If there was a threat, what is it? And why would the White House claim it is “deploying” a ship already underway in the region? Is this just political bluster?

With confusion beginning swirling the globe, the Pentagon offered no senior officials to comment, nor any press conference or availability with reporters to clarify the Pentagon’s intent for the thousands of service members comprising the aircraft carrier strike group and bomber group.

Far away, Secretary of State Mike Pompeo was traveling to Finland and speaking to the small group of reporters aboard his plane cited Bolton’s statement, saying, “It is absolutely the case that we’ve seen escalatory action from the Iranians.”

When asked if there were specific threats from Iran or its proxies, perhaps not wanting to reveal intelligence, Pompeo cryptically said it was his duty to protect U.S. diplomatic officer locations, which “includes in Erbil and Baghdad, in our facilities in Amman, all around the Middle East. And so any time we receive threat reporting, things that raise concerns, we do everything we can both to – do all that we can to make sure that those planned or contemplated attacks don’t take place, and to make sure that we’ve got the right security posture.”

By chance, Monday morning was the start of the biggest annual conference of U.S. Navy officials, the Navy League’s Sea-Air-Space symposium. The Chief of Naval Operations, Adm. John Richardson, was on stage for a panel (helmed by Defense One’s Brad Peniston) when he was asked about the Lincoln.

“The Abraham Lincoln Strike Group was planned to deploy for some time now,” the admiral said. The carrier had left Norfolk, Va., on April 1, for an around-the-world journey toward its new homeport in San Diego and had been in the Mediterranean for two weeks, according to Breaking Defense. The CNO gave Bolton cover, saying the announcement just demonstrates the ability to move ships around as needed, but the admiral gave no indication there was any new threat to warrant Bolton’s message, nor why the administration appeared to claim that the Lincoln carrier strike group was deployed specifically to challenge Iran, when it was underway already.

Reporters smelled something fishy and, with no officials willing to speak on camera, began asking behind the scenes. Soon, the press produced more details for the public.

At 12:30 p.m., CNN’s Barbara Starr reported “Just In: US officials tell me the threats from Iran included “specific and credible” intelligence that Iranian forces and proxies were targeting US forces in Syria, Iraq and at sea. There were multiple threads of intelligence about multiple locations, the officials said. #Iran”

At 1:16, Axios’ Barak Ravid tweeted a scoop: Israeli intelligence had sent U.S. officials a warning about an Iranian attack.

At 1:30 pm, Acting Defense Secretary Patrick Shanahan posted a two-part tweet backing up and expanding on Bolton’s statement, saying that the “deployment…to the @CENTCOM area of responsibility, which I approved yesterday, represents a prudent repositioning of assets in response to indications of a credible threat by Iranian regime forces.” That was the first on-record indication from the Pentagon of a new threat.

Associated Press’ Bob Burns, who also is president of the Pentagon Press Association, later replied, “Why couldn’t you, or someone speaking for you, have said this yesterday, when it would have been more timely?”

At 3:07 pm, Kate Brennan tweeted, “You know what would help clear these questions up? A PRESS CONFERENCE.”

But there would be none. No SecDef Shanahan. No Joint Chiefs. No Centcom commander. No Bolton.

By Monday evening, reporters had submitted reams of questions to military and Trump administration officials around the world seeking clarity.

Shortly after 4:00 p.m, Shanahan’s spokesman Charlie Summers issued an additional statement, “…the deployment of the USS Abraham Lincoln Carrier Strike Group and a bomber task force are considered a prudent step in response to indications of heightened Iranian readiness to conduct offensive operations against U.S. forces and our interests. It ensures we have the forces we need in the region to respond to contingencies and to defend U.S. forces and interests in the region. We emphasize the White House statement that we do not seek war with the Iranian regime, but we will defend U.S. personnel, our allies and our interests in the region.”

More news. For the first time, 20 hours after Bolton’s initial statement, a Pentagon official said on record that there was threat “against U.S. forces and our interests” — which is more than what Pompeo cryptically implied at least 10 hours earlier — but still did not reveal what was the specific threat.

Overnight, a flurry of criticism hit Bolton and Trump over warmongering. “Is John Bolton about to get the Iran war he’s always wanted, or is he on the verge of losing his job?” wrote Washington Post columnist Jason Rezaian.

Then, around noon on Tuesday, the Pentagon’s public affairs office emailed to reporters a 5-page set of answers to questions about the scenario — on-record and attributable to the chief spokesmen at CENTCOM, in Tampa, and U.S. European Command, in Germany.

For the first time, in that statement a U.S. military official said on record that the USS Lincoln was not a new deployment, rather it was an order to “expedite transit” of the carrier and bomber groups into position.

“Yes. The Abraham Lincoln CSG is on a regularly scheduled deployment that was expected to include a significant amount of time in the U.S. Central Command (CENTCOM) area of responsibility. The expedited arrival is expected ahead of its original schedule and is in response to credible threats in the CENTCOM region.”

It revealed that CENTCOM’s Gen. McKenzie “began developing a request for forces following recent and clear indications that Iranian and Iranian proxy forces were making preparations to possibly attack U.S. forces in the region.” The Pentagon said they cannot reveal details of the threats or how they were known, to protect intelligence “sources and methods.”

The statement also revealed on record that Shanahan ordered the change “in response to clear indications that Iranian and Iranian proxy forces are making preparations to possibly attack U.S. forces in the region,” and CENTCOM’s request.

Meanwhile, reporters continue to uncover the nature of the threats prompting the Trump administration’s order. “Intelligence showing that Iran is likely moving short-range ballistic missiles aboard boats in the Persian Gulf was one of the critical reasons,” for the change, CNN’s Starr reported, Tuesday afternoon. 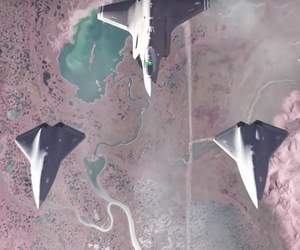 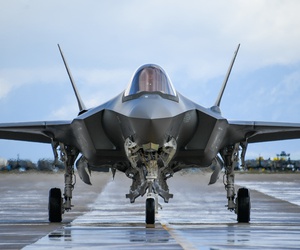 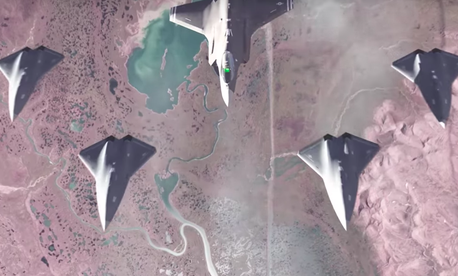 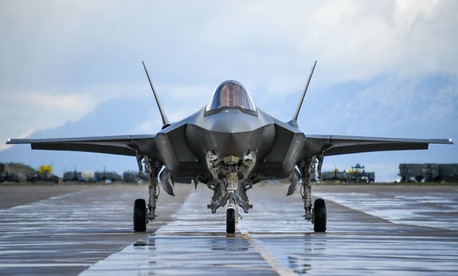