Shared bicycles outside a building on Google's main campus in Mountain View, California.

Gen. Joseph Dunford says American tech companies that do business with China hamper “U.S. ability to maintain a competitive military advantage and all that goes with it.”

This follows Frank Hoffman’s warning about Silicon Valley “techno-moralists” whose objection to supplying the U.S. military “could appreciably harm U.S. security interests” and “puts more Americans in danger” when it “restricts the Defense Department from developing capabilities that could enhance U.S. weapons systems by making them more accurate and better at defending the country and its allies.”

These appeals, alas, are likely to fall on deaf ears. If Pentagon leaders are going to persuade tech executives to listen, they’re going to have to do some listening of their own first.

Although many of the foundational technologies of Silicon Valley grew out of projects funded by the Defense Department, American tech culture has long been anti-militarist and globalist. In his classic history From Counterculture to Cyberculture, Fred Turner  cites figures like Stewart Brand who, by the mid-1970s, came to see computers as tools for countercultural transformation. Meshing concepts drawn from cybernetics (itself a project rooted in Defense research) and communalism, Brand and his collaborators argued that digital technologies and information subvert and transcend existing power structures (and the governments and organizations that had constructed them), bringing all citizens of the world closer together. This belief in the revolutionary and unifying power of technology can be found in everything from Apple’s famed 1984 Superbowl ad, to any given issue of Wired magazine, to the way that Mark Zuckerberg talks about Facebook today.

Furthermore, as Greg Ferenstein argues in The Age of Optimists, the culture is inherently post-nationalist. It is “based on a rather extreme idealism about human nature, society, and the future” and “reject[s] the notion that there are inherent conflicts of interests between citizens, the government, corporations or other nations.” At the same time, “They are highly, highly, collectivist. They believe that every single person has a positive obligation to society and the government can help people or coerce people or incentive into making a unique contribution.”

This culture of techno-utopianism stands in stark contrast to the culture of American manufacturing industry. A recent episode of the New York Times podcast “The Daily” examined the way Google, Amazon, Microsoft, and various other U.S.-based tech companies are treating the current controversies, and contrasted it with Dow Chemical’s reaction to protests over their production of napalm for the American war effort in Vietnam. Despite waves of demonstrations organized by the Students for Democratic Society, the company continued to produce the controversial incendiary for years because it felt a patriotic duty.

As reporter Kevin Rose documents, this was a financial disaster for Dow. The firm’s “reputation plummeted,” its “recruiting ability suffered,” and “its marketing department was forced to embark on a long and expensive campaign to win back the public’s trust.” In the end, “the $5 million napalm contract most likely cost Dow Chemical billions of dollars. And it was the kind of unforced error that could have been avoided if company executives had listened to early signs of opposition, done some risk analysis and changed course.”

But the company had been caught in the crossfire of change. Dow’s executives almost certainly served in uniform during World War II or Korea. And it was unusual, indeed, to question the American government’s rightness in conducting a war. But by the time Dow ceased producing napalm in 1969, the country had turned against the war. And the combination of repeated lies from the political and military leadership about America’s progress in Vietnam and the overlapping Watergate scandal turned the country much more cynical, perhaps permanently.

That attitudinal change has not been evenly spread. In Gallup’s 18 years of polling on how proud Americans are to be American, only 47 percent were “extremely proud” in 2018 compared to a peak of 70 percent in 2003. Those feelings break down in ways one might expect by political party, race, sex, and political ideology. But most significant for our discussion here is that college graduates have consistently been less patriotic by this measure than non-graduates. In 2018, only 39 percent of those with a degree felt “extremely proud” compared to 52 percent of those without.

While there’s no direct polling on this matter for those in Silicon Valley, the trend is almost certainly starker there. Surveys have shown us for decades that tech executives are quite politically liberal, albeit rather libertarian on regulatory issues. But it’s becoming clearer how much more progressive their workers are than the bosses. In the Gallup poll cited previously, a mere 23 percent of liberals were “extremely proud” to be American—compared to 46 percent of moderates and 65 percent of conservatives. Extrapolating from ideology and education, then, we can reasonably conjecture that a minuscule percentage of high-tech workers feel a strong affinity for America.

These surveys may well be masking deeper divides. As Nathaniel Rakich and Dhrumil Mehta argue at FiveThirtyEight,

It could just be that Republicans are more comfortable with the most obvious manifestations of patriotism these days. Public displays of patriotism often assume a pro-military dimension (sometimes purposefully and tactically so), which may be more likely to appeal to Republicans (other polls show they are generally more hawkish than Democrats). Singing “God Bless America” and military flyovers at sporting events also first came into fashion in the years immediately following 9/11, when rallying around the flag coincided with rallying around a Republican president. By contrast, funding AmeriCorps or paying taxes probably aren’t the first things many people think of when they think of patriotism, but lots of Democrats would argue they should be.

Rakich and Mehta cite as evidence a July 2018 YouGov poll showing stark partisan differences of what counts as “patriotic.” Not surprisingly, Republicans are far less likely than Democrats to view as patriotic such actions as refusing to serve in a war they oppose or burning the American flag in protest.

There’s another reason why the tech sector is less likely to be flag-waving: it’s based in America but quite global. According to one survey, “40 percent of companies in the Fortune 500 were founded by immigrants or children of immigrants” and the rate is even higher for technology companies. A recent study of 87 privately held American start-ups valued at $1 billion or more which discovered that “more than half of them were founded by one or more people from outside the United States. And 71 percent of them employed immigrants in crucial executive roles.” Anecdotally, “One of Google’s founders is an immigrant from Russia, and its current chief executive is an immigrant from India. Microsoft’s chief executive is also from India. eBay and Yahoo were started by immigrants. Facebook’s largest subsidiaries, Instagram and WhatsApp, were both co-founded by immigrants. Apple was started by a child of immigrants.” Further, “at least 57 percent of workers in STEM jobs with a bachelor’s degree or higher were born outside the US.”

While Silicon Valley is an outlier in many regards, elites who don’t work in the national security ecosystem are increasingly divorced from it. One has to be over 50 to remember the days of military conscription, which ended in 1973, and of Social Security age to have been subject to it. For all but a handful of younger Americans, fighting wars is something other people do. They may well honor that service in the breach; but it’s hardly surprising that they want no part in the violence inherent in the enterprise.

Ironically, the best approach for sparking action in Silicon Valley may be to take a page from its counterculture roots and appeal to the humanitarian rather than the jingoistic front. Framing China as an enemy military will be less effective than a techno-moralist argument that the Chinese government will abuse these tools to surveil and oppress their people. The last thing the leaders or creatives want is to become tools of “the Man,” whether he sits in Washington or Beijing. 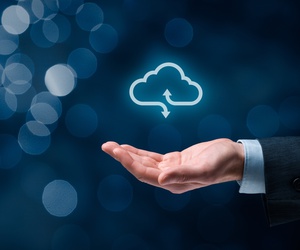 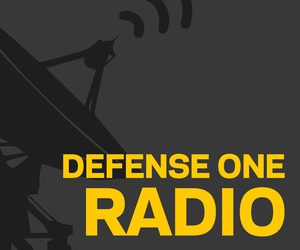 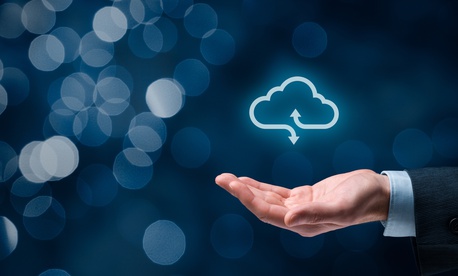 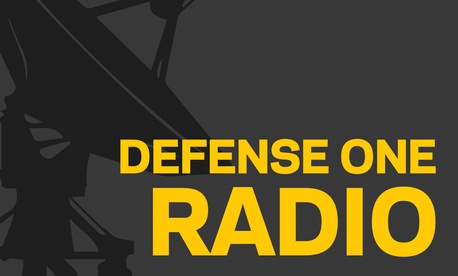