It’s still too hard for innovative tech companies and the agencies looking for them to find each other.

I recently met a vice president from a hot artificial intelligence startup that found its way into a deal with a U.S. intelligence community agency. The company’s product uses AI to enable the  rapid identification of elements on video, so you can imagine why the IC agency was interested.

But the story the young executive told me about how this vital capability eventually got into the hands of the IC should give us pause.

Like so many startups with great new capabilities and not much experience selling to government, the AI company was increasingly frustrated at its inability to break in at the IC agency. The staff either didn’t know about or was unable to tap the vaunted and rapidly expanding ecosystem of government innovation brokerages created by the Pentagon, IC and civilian agencies. These innovation hubs came into existence precisely to ease the way into the government market for nontraditional suppliers with bleeding-edge products and services.

Instead, the AI firm’s VP took an old-fashioned, circuitous route.

He went to an alumni event at his college hoping to snag a few minutes with an IC leader who was speaking to the group. He polished his elevator speech, jammed business cards in his pocket and muscled his way into the line of alumni awaiting a word with the speaker after the speech.

The IC leader connected him with an internal innovator at the agency. That fellow sent the startup guy to the agency’s Silicon Valley tech scouting organization. Folks there helped the company break into the target agency, and finally, the firm hit pay dirt.

Related: The Pentagon Must Pay More than Lip Service to Innovative Companies

Though it ended well for this small firm, the story points up potholes and detours in government efforts to pave a superhighway for innovators directly into the government market. In predictable bureaucratic fashion, would-be federal innovator sherpas have inadvertently become a convoluted, siloed maze.

The new buying methods these brokers employ truly are easier and faster and designed to attract firms that heretofore eschewed government’s rule-laden, slow, intellectual-property-endangering, and expensive procurement process. Congress has provided remarkable new authority for the Defense Department and other agencies to waive procurement rules, test before buying, and get innovation fielded quickly. National security agencies are bristling with tech scouting organizations attempting to broker connections between the makers of edgy technology and a government badly in need of an edge on near-peer U.S. adversaries who are catching up with and even exceeding our capabilities.

Yet, the startups, emerging tech companies, inventors and other nontraditional government suppliers for whom the new authorities and brokerages were created now must navigate a labyrinth. The welter of types, shapes and approaches is becoming nearly as daunting as the Federal Acquisition Regulation-laden, slow-twitch system that tech trailblazers rejected in the first place.

I know how overwhelming the ecosystem appears to outsiders because to understand it, I’ve begun mapping it. I am identifying government innovation brokers and the sponsors that fund them and charting the interest areas for which they seek innovators. So far, I’ve found 25 currently active other transaction (OT) authority consortia, 16 Partnership Intermediary Agreement(PIA) organizations, and nearly 100 government innovation support agencies, ranging from the Marine Corps Rapid Capabilities Office to the Army Applications Laboratory to the National Geospatial Information Agency’s GEOworks, with many in between.

All of them are in one way or another reaching out to the commercial market in search of innovators and innovations, often to address the same problems. For example, searching my map for the interest area “artificial intelligence,” brings up nearly 20 widely differing organizations.

Searching “cyber” calls up another 20 organizations, while “sensor” and “unmanned” each net almost as many. Each type of broker operates differently and serves different programs within the military services and defense and civilian agencies. So, for innovators from outside the government market, and even for some within, it’s tough to divine what each variety of brokerage seeks on whose behalf, how they work, and how to interact with them.

This isn’t to say no overlap should exist among innovation hubs or that a single office should be put in place to dictate innovation swim lanes or cap participants in the ecosystem, as the Congressional Research Service appears to favor for Defense. Innovation is messy and relies on unpredictable, serendipitous collisions among ideas, inventors, practitioners, and experts. Sometimes, utterly unexpected folks make conjectures about combining unconnected innovations that result in unimagined new capabilities.

Nonetheless, millions are being spent. Hundreds, if not thousands, of people are employed. Dozens of new organizations have sprung up, joining dozens more already in existence. All of it to make sure that every startup with a great product that might have a national security application gets hooked up with government. Yet many still remain undiscovered or too overwhelmed to bite.

Certainly, there is outreach. Some brokers hold design sprints and meetups at conferences and events. Some scour LinkedIn and other social media and websites and conferences where product and service pioneers congregate. Others tail venture capitalists or run hackathons, demo days, prize competitions and the like to draw in makers, tinkerers and masterminds. But getting to and into events costs time and money that lean young companies often don’t have. And hearing about them still is more by happenstance than design.

Each OTA consortium charges a fee for membership, and most only show paid members the solicitations their sponsors issue. So, if the best solver hasn’t paid up to join, the best solution goes wanting.

No 411 for Government, Either

Just as there’s not a directory where emerging companies can look up matching government innovation hubs, there’s no 411 for government to find them all either. This means not only that innovators who want into the ecosystem struggle, but defense and civilian agencies also are in the dark about each other’s innovation brokers.

A promising prototype funded by one broker’s sponsor might, with a tweak or two, be perfect for another’s. But because neither knows the other exists, the opportunity for collaboration and savings is lost.

Many within the ecosystem believe innovation effervescence will subside and consolidation will reduce the size and complexity of the broker playing field. But with 2019 Defense OTA spending already exceeding last year’s record and set to nearly double to more than $7 billion this year, the froth doesn’t appear to be evaporating yet. More than half of last year’s OTA spending went through consortia, and a new one, the Naval Aviation Systems Consortium, was born this summer. In addition, a Blue Force Tracking Consortium is due soon from the Army Futures Command’s C5ISR Center. PIAs, incubators, accelerators, pitch days, and rapid capabilities organizations continue sprouting as well.

The challenge now is to get a handle on the innovation ecosystem without throttling it. That requires making it easier for innovators and innovation brokers to find one another and ensuring that government programs know about each other’s innovation support organizations and their activities so collaboration and piggybacking become common.

As the solution emerges, I’ll continue mapping—highlighting the highways, byways, scenic routes and can’t-miss attractions across the network. Watch this space! 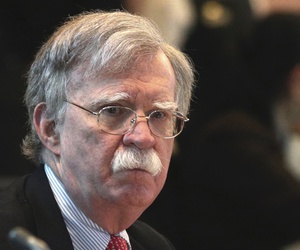 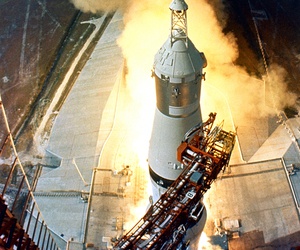 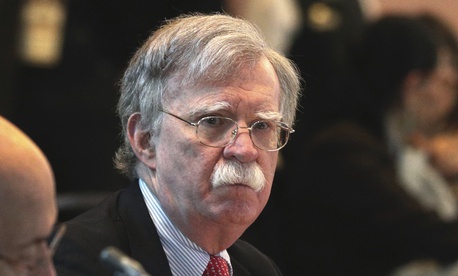 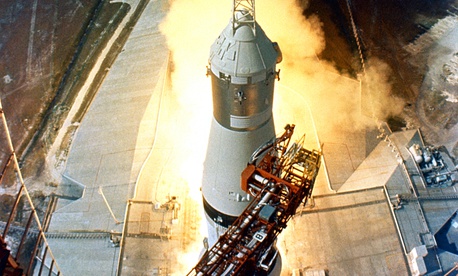