In this Saturday, April 20, 2019 file photo, a Ukrainian serviceman guards a position near the frontline as the conflict continues, in Mariinka, Donetsk region, eastern Ukraine.

America doesn’t gain anything by escalating an unwinnable war on Russia’s border.

Reports that President Donald Trump agreed to lift his hold on $250 million in U.S. security assistance to Ukraine were welcomed by lawmakers outraged at the administration’s decision to review the package.

The howls of protest on Capitol Hill came from both sides of the political aisle, with Rep. Adam Kinzinger, R-Illinois, calling the potential aid block “unacceptable” and Senate Foreign Relations Committee ranking member Bob Menendez, D-N.J., denouncing it as a violation of the will of Congress. “Enough is enough,” Menendez said in a written statement. “President Trump should stop worrying about disappointing Vladimir Putin and stand up for U.S. national security priorities.”

While the Trump administration seems to have acceded to their wishes, the president was perfectly justified in reevaluating Washington’s military aid to Kyiv. Contrary to the conventional wisdom in the Beltway—that standing up to Putin and bolstering the Ukrainian government in its war against separatists is a top priority—there are legitimate geopolitical, diplomatic, and security justifications to decrease America’s military assistance to Ukraine.

It’s important to know the history of the war in Eastern Ukraine. The conflict has seen violent flare-ups, then cool-downs, as the actions of one side prompted a fierce counterreaction from the other. In 2014 and 2015, combat in the east was at its most intense, with thousands of casualties on both sides and significant damage to civilian infrastructure from airports to factories.

Whenever the separatists were losing ground or at risk of being routed by the Ukrainian security forces, Moscow made the strategic choice to reinforce them with high-caliber weaponry, intelligence support, military personnel, and tanks. Reports of missile and artillery attacks on Ukrainian positions from Russian territory were commonplace, as were instances of regular Russian army units commanding and leading separatist operations.

Moscow’s position on the war in the Donbas has been clear from the very beginning: If its proxies are in danger of losing territory, Russia will inject more resources into the fight to increase the separatists’ momentum, upend further advances by Kyiv, and force Ukrainian forces to retreat. An increase in U.S. military aid to Kyiv, particularly if Javelin anti-tank missiles are part of the equation, will thus be countermanded by increases in firepower from the Russian side. Further U.S. aid will do nothing to change the overall balance of power on the ground; it will only make the situation more dangerous.

Whether U.S. officials like it or not, Russia retains escalation dominance in Ukraine. Washington does not have the political will to compete with what Moscow is able and willing to offer to pro-Russian militias that now control parts of Ukraine’s east—and rightly so, as we have no vital national interests at stake. For policymakers in Washington to believe otherwise is not only shortsighted, but a prelude to more violence. At a time when French President Emmanuel Macron is making a renewed effort next month to end the war, continuing to send military equipment to Kyiv makes little sense. In fact, such a move could be immensely counterproductive to diplomacy and is more likely to Kyiv the process in its tracks before the first talks even start.

The discussion about Ukraine is also in desperate need of some realism. The dynamics of this particular conflict have been and will remain vastly advantageous to the Russians, who are willing to sacrifice far more on behalf of their proxies than the United States is able to expend. For Washington, this isn’t a matter of lacking strength or resources to stick it to Putin the bully (a favorite truism in the Beltway) but rather a matter of reality.

While the U.S. would certainly like to see a sovereign, corruption-free, and democratic Ukraine emerge in the future, such a scenario is not only unlikely to occur over the medium term but largely peripheral to Washington’s core interests in the region. The Trump administration should absolutely encourage the Ukrainian government to address the deep-seated corruption and mismanagement within the economy, reforms Kyiv desperately needs to implement.  To his credit, newly-elected Prime Minister Volodymyr Zelenskiy recognizes the urgency of the problem.  But U.S. military assistance should not be used as a reward for Kiev pursuing the anti-corruption and land reform initiatives that are long overdue.

For Moscow, however, watching Kyiv drift closer to western Europe is simply out of the question. Russia’s strategic interests are not served by an anti-Russia neighbor to the west pursuing policies that impair its flexibility. It would be wise to remember why Moscow intervened on Ukrainian territory to begin with: The 2014 invasion and annexation of Crimea and Russian military involvement in Eastern Ukraine were the results of frightened leaders in the Kremlin who saw a Russian-friendly president pushed from power and forced to flee Kyiv. In Russia’s cost-benefit analysis, intervening in Ukraine to prevent the country’s drift towards permanent antagonism and preserve a sphere of regional influence was worth the fallout of economic sanctions and diplomatic frostiness from the West. What happens in Ukraine is a core priority for Putin and indeed any Russian leader who will emerge after him.

Finally, U.S. officials should ask themselves a question that so many on and off Capitol Hill seem to ignore entirely: is appropriating hundreds of millions of additional dollars in security assistance to Ukraine more important than getting U.S.-Russia relations to a better place? While it is politically popular to dismiss this question, good foreign policy requires the U.S. leaders to take a level-headed, comprehensive look at a problem. In this context, that means evaluating whether succumbing to the path of least resistance and exhibiting “toughness” is more valuable than stabilizing one of the most critical bilateral relationships on the planet.

Lest we need reminding, the U.S.-Russia relationship is already in the toilet, riven by fractures on everything from the Intermediate Nuclear Forces Treaty to the granting of visas. Despite Trump’s desire to forge a more constructive diplomatic relationship with Moscow, interactions between these two nuclear superpowers are at their worst since President Ronald Reagan and Soviet Premier Yuri Andropov were in office.

From the standpoint of grand strategy and general international stability, mutual disdain is unsustainable for both countries. As much as we would like Russian personnel, arms, and support to be withdrawn from eastern Ukraine entirely, this is neither likely nor realistic. Washington, then, could either hope to change events by sending more hardware and ISR support to Kyiv—knowing that Russia would respond with more support of its own—or it can embrace pragmatism, accepting reality and working toward stabilizing relations with Moscow to pursue solutions to bigger issues, like nuclear arms control.

Foreign policy is all about priorities and often painful choices, many of which will be unpopular in the noise scene of everyday politics. But this is an uncomfortable discussion that needs to occur. To let the daily noise of politics cloud sound judgment is a dereliction of duty. 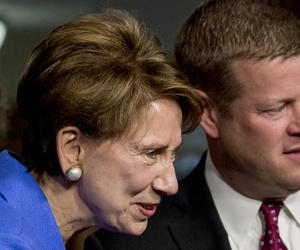 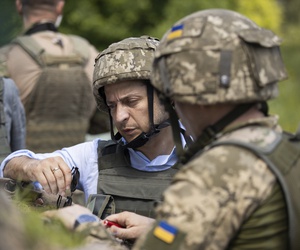 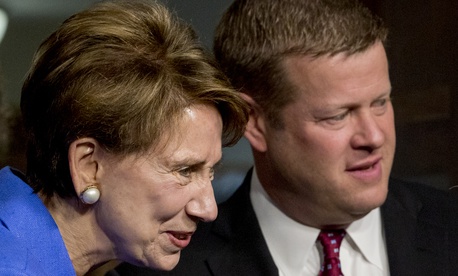 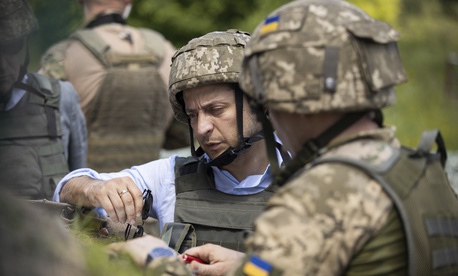