Protesters and journalists react to tear gas fired into a crowd on the streets of Hong Kong on Sunday, July 28, 2019.

Local journalists bear the brunt of violence and misinformation, but international reporters have not been spared. I know this firsthand.

HONG KONG—Police officers here have made an art of kettling, or encircling, their quarry. Usually the police trap and funnel large groups of people inside a park, or a shopping mall, and bar them from leaving. Those inside are not under arrest, and yet they are not free to go. As protests in this city have entered their fifth month, police tactics have grown more sudden, more violent, and more arbitrary against civilian demonstrators and the press.

Local journalists bear the overwhelming brunt of police pressure, but international reporters have not been spared, either. I know firsthand what this is like, and not in the way I had expected when I set out to report on a recent set of demonstrations. I share this story not because it’s the worst treatment of a journalist, but because these events are so routine.

Hong Kong’s press faced mounting skepticism from the public even before these latest demonstrations erupted: With TV stations that soft-pedal government views and more Chinese companies, like Alibaba, buying local news outlets, residents now express more doubt about the veracity of what is published and broadcast compared with a decade ago. As the protests here continue, police tactics toward journalists—ranging from arbitrary restrictions to savage attacks—have not only fueled mistrust between the media and the authorities, but driven cynicism in society writ large. When police attacked protesters at a rail station on August 31, then barred the press and medics from going inside, wild rumors spread like a virus, further eroding trust.

In June, when the protests began, police merely moved the press away from protesters, and shined bright lights or strobes toward those filming. As street demonstrations grew bolder and more dangerous—with bonfires and Molotov cocktails—officers responded with more force, against both demonstrators and reporters. Veby Mega Indah, an Indonesian journalist, was left blind in one eye after a riot officer fired a nonlethal round at close range on September 29. Officers have obscured their identities, and heaped verbal abuse on the press. Scores of journalists have received beatings, pepper spray, direct hits of tear gas, and water-cannon spray, and have been wounded with rubber bullets and bean-bag rounds.

Related: China Bends Another American Institution to Its Will

The Hong Kong police, in an emailed statement, said it respects media freedoms “and the right of the media to report and record the police at work,” but noted that many of this year’s protests in Hong Kong “have dissolved into disorder, violence and chaos.” The force said that individuals dressed as journalists had used “counterfeit press badges” and had “attacked police officers.” It continued: “When faced with violence and obstruction, the police have been forced to make use of appropriate and scaled force.”

Recent weeks have been especially tense. A police officer wounded an 18-year-old protester with a live round of ammunition—the first such incident of these months of demonstrations—after the teen and a few protesters chased and hit officers with rods. As he recovered in the hospital, he was charged with rioting. So, too, were nearly 100 others. After the shooting, Carrie Lam, Hong Kong’s chief executive, invoked a colonial-era emergency order, and banned most face masks in public, a move made without public comment or legislative approval. That decision was aimed at the nervous peaceful protesters who fear that attending any large public rally against the government will result in prison time. This week, Hong Kong police asserted they can lawfully remove masks from anyone they encounter, including journalists.

Thousands then defied Lam in a rally last weekend. Hennessy Road in downtown Hong Kong was a masked march—miles of citizens covering their faces with paper and neoprene and ghoulish Guy Fawkes grins. In the late afternoon, protesters dragged a few obstacles onto the street, such as halved bricks and street signs, and then lit a small fire. By then, my friend and interpreter, Tommy Lau, a local graduate student, suggested we leave. Hennessy Road is a notoriously bad place for demonstrations: It is straight and wide and offers police a direct path, while bystanders and protesters have few side streets for escape.

I was panting under several pounds of equipment and a new, professional-grade mask that does not allow for eyeglasses and, as I discovered, sharply limits peripheral vision. Tommy and I stuck to the sidewalk, as the protesters grew desperate. A Molotov cocktail landed a few feet from us. A brick sailed past my right shoulder. Later, Tommy would recall the howl of the advancing officers. Tommy ran behind me, his hand clutching the pack on my back. There was a sudden jerk and I realized he was gone. That’s when I smashed into two police shields.

That collision was no accident. After a riot officer pulled Tommy from me, two officers ahead suddenly turned toward me and pushed me backwards with their round shields. As another officer pulled me backwards, a fourth shoved me hard on my chest. I crashed into a billboard, saved by my skateboard helmet.

I pushed up my mask. By this time, it should have been clear to the officers that I was a woman, weighing less than 120 pounds, and possibly the oldest person they’d tackled all week. My helmet bore a sticker with the word press in English and my Overseas Press Club credentials hung from my neck. My daft response to their commands should have indicated I did not understand Cantonese, but the police didn’t stop their abuse. One officer hit the top of my head and my hand, screaming all the while. When another pointed the baton inches from face, I spat, “You put that thing down.” The words would have sounded tougher had there not been a tremble in my voice.

I eventually sat on the ground holding the hand of a young woman in her early 20s with long hair highlighted the shade of tea. She had lost her eyeglasses in the fracas, and the events were a scary blur for her. Before us, several young people lay prone, including a young woman in shorts who held her head as if it hurt. I could not see Tommy; I was frightened that he had been arrested and demanded that they bring him to me. I was also scared that if I let go of the girl, they would arrest her. The two officers in front of me refused my request to leave. “This is a riot!” one screamed at me.

A carousel of officers came over to stare. None seemed to want to cuff me, but none knew what to do with me, either. I was an inconvenient consequence, yet a possible lawbreaker. An officer finally examined my credentials and seemed puzzled when I said “America.” Suddenly it dawned on his partner that the girl and I were not together. “She’s an arrested person!” he exploded, and he roughly separated her hand from mine. A pack of police shoved me backwards until someone in a scrum of waiting journalists pulled me to safety, far from the people headed to jail.

Local journalists face these pressures on a more regular basis. Consider William Pang, a volunteer offering tech support for Local Press, a feisty digital news outlet, when democracy protests swelled over the summer. The site’s editors needed everyone working the story, so out Pang went, again and again, to film. He was live-streaming video from outside a police station late on October 1, China’s National Day and the 70th anniversary of the founding of the People’s Republic of China, when young protesters shattered the windows of a nearby rail station. Soon after, the familiar boom of an exploding tear-gas canister sounded, the calling card of the Hong Kong police. The crowd began to run.

Pang was dressed in the now-ubiquitous uniform of a Hong Kong journalist: neon nylon vest, goggles, credentials dangling from his neck, his head topped with a bright-orange helmet. At 46, he was nearly twice the age of most of the cubs, and was soon caught by riot police who surrounded him, their batons crashing down on his arm. A practitioner of kung fu for two decades, Pang raised his hand to block a swing, and before long, officers had charged him with obstruction and assault. “When police hit people,” Joel Lau, the chief executive of Local Press, told me, “they will charge people to justify their attack, as a way to protect themselves.” (Pang was eventually released on bail.)

October 1 was a particularly unpleasant day. Among a litany of incidents cataloged by the Hong Kong Journalists Association (HKJA), a rubber or sponge round struck a reporter working for Stand News, requiring a hospital trip; journalists working for Apple Daily and Next Magazine were similarly targeted; an employee of the government broadcaster, RTHK, was ordered off the scene at gunpoint; and at least two news organizations pulled their reporters off the streets. (It’s not just the police that pose a danger. One member of the RTHK staff was burned Sunday when a protester’s Molotov cocktail ignited his raincoat.)

Yet even recording those arrested has become hazardous. Vivian Tam, a journalism lecturer at the Chinese University of Hong Kong, filmed protesters tackled and hog-tied by riot police last month when an officer snapped at her, “Bitch! Move Back!” She withdrew toward the sidewalk as another officer aimed a can of pepper spray at her. “First warning,” he shouted. “Second warning.” In a fury, Tam pulled off her gas mask to show that they were threatening a woman of 45.

She was no novice, either: Tam had previously given media-training classes to Hong Kong’s police, but recalled to me that none of those students seemed to grasp what journalists do, or why the public benefits from people who explain an event of interest. Journalists are merely impeding police work, the thinking went. That ignorance, she said, undergirds this moment’s anger and violence. “The police,” she told me, “think they are the law.” 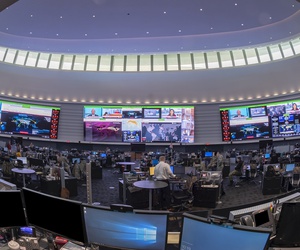 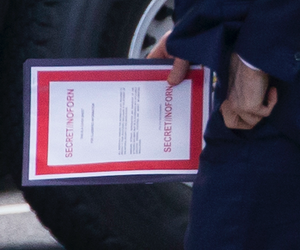 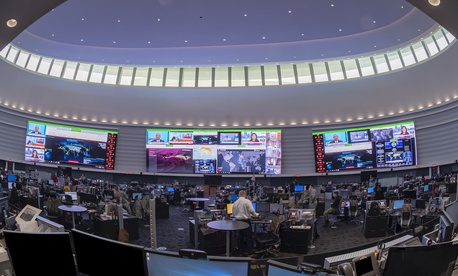 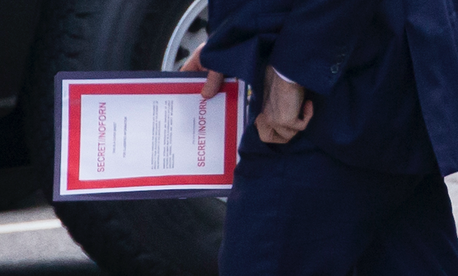