Innovation, Partnership Help Lockheed Martin Take Long-Range Missiles to the Next Level
Skip to Content
Get all our news and commentary in your inbox at 6 a.m. ET.
Ideas
Betraying The Kurds Makes Things Harder for US Operators Everywhere

It will henceforth be much more difficult for U.S. combat forces and advisors to get help from local partners around the world. 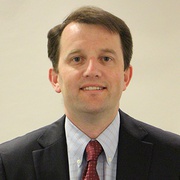 Trust is a powerful commodity that has saved many lives in shadowy battlefields across the Middle East. But it takes a long time to build and can be gone in an instant. The abrupt withdrawal from Syria and cynical disregard for the Kurds’ contribution to the ISIS fight will undermine that trust and put U.S. forces and their missions at risk.

For nearly 20 years — from the invasion of Afghanistan and the hunt for Osama Bin Laden to the conflicts in Libya, Yemen, Iraq and Syria — combat advisors and special operators have been working closely with local forces on the ground in difficult and dangerous situations.

These “by-with-through” missions often required U.S. advisors and special operators to entrust their lives to non-state partners. Small U.S. teams have routinely worked alone and unafraid among Afghan or Syrian militiamen far from U.S. bases and beyond the range of air support and quick-reaction forces.

Related: The Intelligence Fallout From Trump’s Withdrawal in Syria

Local partners have protected bases and fought alongside U.S. forces. They have collected intelligence and served as interpreters on missions where communicating with the people was critical. In the rare instances when these forces turned on their advisors, the consequences were catastrophic for the Americans involved.

As U.S. troops and their partners fought together, they built trust-based relationships that are not only a natural outgrowth of shared experiences in dangerous situations but are also necessary for survival when effectively operating behind enemy lines.

One of the greatest advantages of U.S. service members is their ability to see the good in people despite cultural barriers and to harness that for the good of the mission and the country. They have managed to build common cause and make and keep friends even when interests diverged.

Some have been clear-eyed about the motives of local interlocutors, while others have been somewhat naïve. But had they subscribed to the mobster-like, wholesale cynicism that pervades White House policy at the moment, the entire by-with-through concept would have been untenable.

As an advisor to U.S. forces in far-flung areas of Afghanistan, I have been in on patrols where my safety depended on militias partnered with U.S. forces. I have been on bases where local Afghans guarded the perimeter. And I have slept soundly in villages in contested areas where small U.S. teams relied almost entirely on the good will of local fighters. The successful teams (and the ones whose areas were most secure) were those that built relationships based on trust and never took their friends for granted.

U.S. troops — backed up by leaders in Washington — have for years made promises to their local partners in order to raise militias, cement relationships and lead effective action against terrorists. For a long time, the United States made concerted, though not always successful, efforts to make good on these promises and to stand by partner forces that have played key roles in critical missions and saved the lives of U.S. personnel.

The sudden withdrawal from Syria, the openly callous disregard for long-standing relationships with Kurdish forces on the ground, and the cynical talk about taking Syrian oil as if that were the objective all along, will undermine the credibility of these promises in the future. It will be more difficult for U.S. military advisors and special operators to find willing local allies and to build the trust necessary to aggressively prosecute threats to America and survive in places where a heavy U.S. footprint is not possible.

It is true that some of this trust has been based on promises that the United States would not be able to keep or on unrealistic hopes about U.S. support to causes that don’t comport with U.S. interests. The United States was never going to back Kurdish independence or stay in Syria forever. Local partners are aware of this reality, especially the Syrian Kurds whom western powers have left out in the cold many times.

Trust-based relationships have nonetheless been possible because local allies believed that the Americans they knew were people of honor who would not abandon them at the drop of a hat and would at least acknowledge their sacrifices and try to do the right thing.

The open disavowal of U.S. obligations to Syrian Kurdish forces with so little effort to maintain even the veneer of an honorable end to U.S. support will undermine the trust of other local partners working with U.S. forces in battlefields across the region, including in Afghanistan, where the Taliban is on the march. It will also hinder U.S. forces in the future as they attempt to recruit local partners and entrust those forces with the success of critical missions — and with their lives.

The opinions in this article are the author's and do not necessarily reflect those of his employers and affiliated organizations.

NEXT STORY: The Cold War Ended 30 Years Ago. Why Are Things With Russia So Bad?