Their top concerns don’t include the Mexican border, Iran, or even Syria. 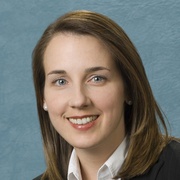 Talk to any senior Pentagon official these days and they’ll raise two big issues. Not Iran, not the border wall, not impeachment — not even the chaotic Syria withdrawal and the still-unclear oil-guarding mission are of such universal concern.

The first is the fact that defense spending has peaked. This has been advertised for years, and the moment has arrived. But leaders’ concern is exacerbated by the potential for a government-wide spending freeze, possibly even through next year’s presidential election. The Pentagon is so worried about a long-term continuing resolution that when Defense Secretary Mark Esper went to Capitol Hill on Oct. 30 to brief lawmakers behind closed doors on the Abu Bakr al-Baghdadi raid, several DoD senior officials told me, he spent much of his time pleading for a 2020 appropriations bill.

Many members of Congress already understand how continuing resolutions undermine military readiness and waste vast amounts of money. Yet they lack insights, based on real-world evidence and Pentagon data, about the many benefits that funding the defense budget on time, as happened last year, provides to taxpayers and the military. If the Pentagon really wants to get its appropriations bill past the border wall impasse and impeachment overhang, lawmakers need to see compelling new information from the Defense Department that shows how doing their job well helps everyone and saves money.

The second topic that every Pentagon leader brings up is China. Most Americans, they believe, do not fully grasp the threat, seeing the East Asian giant mostly as an economic competitor, not a full-fledged adversary. But defense leaders believe strongly that China has the greatest potential to change our American way of life. The threat is not just military, they say, but ideological, governmental, cultural, institutional, legal, financial, and more.

These leaders wonder, repeatedly and out loud, how Congress and the Pentagon can better make the case on China to the American people dwelling far beyond the swamp. Most Americans aren’t interested in the nuance of this satellite photograph or that spreadsheet showing recent and dramatic Chinese gains against the U.S. military.

But they can understand two other dynamics reflected subtly in their daily lives. One troubling trend Americans will instinctively dislike is China’s near-takeover of the motion picture industry. “Hollywood can’t exist without China,” a former Paramount Pictures production chief told the Wall Street Journal in 2017. As Chinese investors pour billions into American film and radio productions, Hollywood increasingly looks to Beijing to see what scripts, actors, and even storylines are acceptable. To “tap the Chinese market, Hollywood must submit films for approval by state censors, sometimes editing out objectionable content at their request.”

China’s ambitions are much more sweeping than a simple return on investment and include widespread cultural acceptance. “China’s ambition befits the big screen—to compete with the U.S. as a global storyteller and spread its perspective in the same fashion American filmmakers have for a century,” the Journal wrote.

The second warning sign for regular Americans is the swift backlash from China over a tweet in support of pro-democracy Hong Kong protesters by Houston Rockets General Manager Daryl Morey last month. As punishment, state-controlled China Central Television Sports did not air two NBA preseason games played in China. Some Chinese businesses followed suit and cut ties or suspended business with the Rockets.

NBA Commissioner Adam Silver told the New York Times that the financial fallout from Morey’s tweet has been “substantial.” Ironically, Twitter is banned in China. But that didn’t stop the Chinese Consulate General in Houston from calling on the Rockets to “correct the error and take immediate concrete measures to eliminate the adverse impact.” Morey’s tweet has since been deleted.

Americans instinctively dislike communist China’s attempt to censor free speech, particularly of U.S. corporations, and realize it has reached new levels. They also appreciate when their hard-earned tax dollars are spent efficiently, as they were last year for the first time in years when Congress funded the government on time. Policymakers must now make their case to the American people in ways that they both understand and see happening where they live.