'Beijing Biden' is a baseless political smear, trivializing one of America’s most complicated challenges.

“China, China, China.” One long year ago, Patrick Shanahan, then acting defense secretary, was announcing his top priorities for the Pentagon. It was a message largely welcomed by the national security and intelligence communities, and one that seemed to resonate with Americans and their allies. Then came the coronavirus, and things took a weird turn. While it would be great if American presidential campaigns, partisans, and their political mouthpieces took Beijing more seriously as a threat to Western influence, power, and freedom, something worse has happened. China has become a meme.

Have you heard of ‘Beijing Biden?’ It’s a relatively new smear campaign being shouted by the Trump reelection campaign, gleefully amplified by the president and his son, and gaining steam across the voter landscape. Trump’s super PAC, American First, launched a campaign on the phrase last month, set up a website at BeijingBiden.com, and aired $10 million in ads to Wisconsin, Michigan, and Pennsylvania.

It’s a clever counterplay to the criticism of President Donald Trump as soft on China and how he was trying to deflect criticism of his response to the coronavirus pandemic onto China. The premise seems to be that painting Biden as cozy to China follows the right’s attempts to convince voters that Biden and his son Hunter were too cozy with another foreign regime, in Ukraine. It’s Biden, not Trump, that American voters should be rejecting, they argue.

Trump’s critics — including President Barack Obama’s former national security advisor, Susan Rice, in a New York Times editorial on Tuesday — took the bait and are fighting back, defending Biden’s record on China and accusing the president of mishandling and personally “kowtowing” (of course) to Xi Jinping, China’s president for life.

Is Biden guilty of being too cozy with China? The truth is, it doesn’t really matter. Trump and his allies, including this week the president’s son are running with “Beijing Biden” all over the place. When Biden was asked on Tuesday about, Donald Trump Jr., sharing a meme calling Biden a pedophile, the former vice president replied, “It’s sick, it’s sick, it’s sick — but he is his father’s son.” Trump Jr. responded with the “only joking” defense and tacked on two tweets calling the former vice president “Beijing Biden.” It’s now a phrase that pays.

Trump and his allies want Americans to believe that Biden loves not just China but the Chinese Communist Party — which is how the right now refers to everything bad in China. With “socialism” en vogue during the Democratic primaries, the right has eagerly taken steps to portray themselves as defenders of America and democracy, which means being against socialism and communism.

It’s almost too easy. In meme after meme, like Joseph McCarthy with a Kardashian’s Instagram account, they paint Biden as a Commie. These are not wicked products of Russian bots or the extreme right on the dark web. This is the Trump campaign. In one meme posted by Trump campaign manager Brad Parscale, Biden’s face replaces Mao Zedong’s floating head in the sky, praised by workers who “celebrate the great puppet of China: Joe Biden.” The meme has been shared by Ralph Reed, a leader of the once-powerful Christian evangelical movement who has hitched its wagon to the Christianity-deficient Trump. It’s been shared by America First, Trump’s super PAC, the Trump campaign, and other surrogates. Here’s one with Biden wearing a communist military uniform on a red-as-China backdrop. Here’s one with Biden as Xi’s actual puppet.

Related: America’s Rivalry With China Is Nothing Like the Cold War
Related: The West Can’t Even Agree on Itself, Much Less China

There is a long history of presidential contenders criticizing their opponents as soft on foreign regimes. But there also is a tradition of holding a pretty unified American front against China. In the past year, Republicans and Democrats haven’t agreed on much, but they have stood together when it comes to criticizing China. At February’s Munich Security Conference, House Speaker Nancy Pelosi, D-Calif., and Republican lawmakers, Secretary of State Mike Pompeo, Defense Secretary Mark Esper, and former Secretary of State John Kerry all rapped Chinese leaders at various times and venues.

Such criticism has gathered speed in recent months, which have seen U.S. leaders challenge China for its appalling human rights record, imprisoning and brainwashing of Muslim minorities, silencing of journalists and dissent, censorship of knowledge and the outside world’s internet, exploitation of labor and the environment, aggressive territorial expansion and military harassment of its neighbors, endless theft of global ideas and intellectual property, attempting to build a suspicious 5G cellular network that our spies warn could be used by their spies, and failing to contain the outbreak of the coronavirus. Some GOP senators have begun to declare that we have entered a new Cold War (a characterization which historians already have rejected.)

It’s unclear whether the United States and American voters take China seriously enough, much less to rest their 2020 vote on it. U.S. national security leaders who want more China awareness in the politi-o-sphere have worked to educate their peers in Congress, allied countries, and in private sectors like Silicon Valley (or the NBA) about China’s true intentions and Xi’s every-darkening rule. The Trump campaign’s “Beijing Biden” meme threatens to erase all of that work and turn what some consider the most important geopolitical challenge of the rest of the 21st century into a divisive campaign ad.

Campaign watchers should care less about Trump’s team trying to smear Biden with pedophilia, and more about trying to do so with China. One is sick and utterly preposterous, but the other trivializes a competitor who just might steer the trajectory of world history away from American-led liberal democracy.

If most Americans got their information about China from scholars, cultural leaders, security leaders, and even journalists, they would have a fuller impression of the world’s most populous nation, its politics, and our complicated, shared — and peaceful — relationship and how two superpowers could work better to forge a common future. Instead, they get memes. That’s a shame.

All is fair in politics, but the Trump campaign is walking a dangerous line by sounding McCarthy-like on Biden and China. The fact is, Americans want to do business — big business — with China. The Pentagon doesn’t want to make an enemy out of an adversary. So, while Trump can paint Biden with communist red all he likes, if his followers start to buy it, and believe that China really is so bad, then why should any American think they should do business with China, lest they all be branded a red? Biden’s record on China will rightfully be scrutinized and likely his past is as complicated as the future will be for the U.S. and China. After all, even Trump’s “Make America Great Again” hats are made in China. 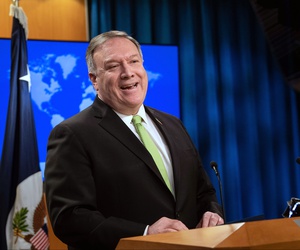 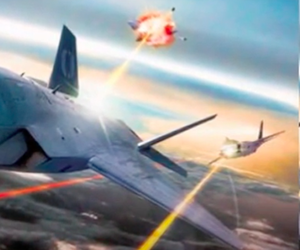 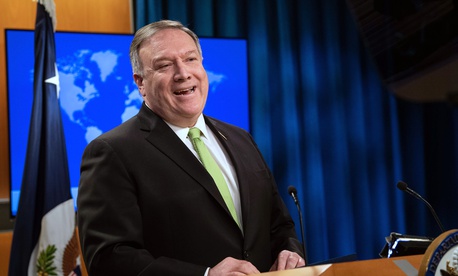 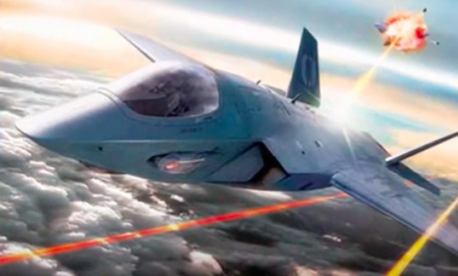