The Pentagon wants Iran — and U.S. allies — to pay close attention to its decision to keep troops' families out of the region.

U.S. military members deploying to the Arabian Gulf will no longer take their families along, thanks to Iranian escalation in the region that has made it unsafe for dependents, Defense Secretary Mark Esper announced last week.

There won’t be a rushed evacuation; the families of troops in Bahrain, Qatar, and other Gulf nations will simply rotate home together at the end of their service member’s tour. But uniformed personnel heading out to the region will henceforth leave their families at home.

The announcement is a responsible reaction to changing circumstances. But in addition to keeping military families safe, this decision serves multiple messaging purposes.

Europe should be paying attention. The underlying threat assessment that led to this announcement is based in large part on the approaching October expiration of the UN arms embargo on Iran.

Related: The US Is Trying to Restore Deterrence in the Gulf. That Won’t be Enough

When this embargo lifts, the scope and the scale of the threat from Iran to U.S. personnel in the region will exponentially increase. If Europe would like the U.S. to maintain the more permanent-looking footprint it has now in the region, this risk must be mitigated.

Back in the US, if the President’s base is paying attention, the message this decision will convey is that the President is taking tangible steps toward the goal of bringing troops home, steps to fulfill a campaign promise.

In the Gulf, which will no longer be home to the spouses and children of U.S. military families, this decision sends the message that their relationship with the U.S. does not exist in a vacuum. Assistant Secretary of State for Near Eastern Affairs David Schenker delivered an unambiguous admonition to Gulf partners on June 4 on one of the ubiquitous Zoom events we all frequent discussing regional affairs.

This, on the heels of a similar message delivered to Israel by Secretary Pompeo, underscores that no partner is too important, no ally too close, for the U.S. to overlook the building of Chinese ports, purchasing of Chinese weapons, and integrating of certain Chinese technologies into enterprise networks also touched by the U.S. when there are other options. In fact, coming from close partners and allies, this activity is less forgivable.

Less publicly, the U.S. pays close attention to Gulf ties to Russia. This is particularly true right now in Syria and Libya. As published by the UK’s Royal United Services Institute in May this year, “Russia remains in the driving seat with regard to rehabilitating the Syrian state. It now has new allies in the shape of the UAE, Bahrain and increasing Chinese involvement in assisting Damascus.”

President Trump tasked his administration in 2018 with easing certain arms sales to Middle Eastern countries, a bid  to remove partners’ justifications for buying Russian. That same year, the National Security Council requested an update of (non-binding) guidelines by the Missile Technology Control Regime to enable the sale of more advanced unmanned aircraft systems to a Gulf partner. The Defense Department under Secretary Mattis advocated for this action, stressing that the Gulf would turn to China for technologies they were refused by the U.S., and thus reduce both the U.S. ability to be interoperable with the Gulf and the U.S. position as preferred partner there.

Though it is recognized that the complexities and caveats in the U.S. military sales process are an impediment to speedy acquisition, arguments that the U.S. blocks sales and thus forces its partners into the arms of China and Russia no longer wins sympathy in Washington.

Shortening U.S. military personnel deployments to the Gulf and keeping their families back at home is not without some soft power costs. The value of the people-to-people connections made when military families live abroad in the countries where their active duty spouses and parents serve cannot be overstated. And this transcends generations.

One-year deployments have a reputation among U.S. service members for being too long to leave your family but too short to leave your mark. The new tour rules can be expected to reduce readiness and effectiveness.

Department of Defense schools in the Gulf educate Gulf children alongside Americans. The personal relationships developed in these schools last lifetimes and create comfort and affection between separate cultures. They are public diplomacy in action. The Crown Prince of Bahrain was educated in a DOD school, as is his son now. Phasing out these schools over the coming two years will reduce U.S. cultural influence in the Gulf and degrade the ties between people, which have strengthened as a silver lining to the conflicts in the region that necessitated a sizable U.S. footprint over the past 20 years.

Local Gulf businesses will also take a hit. An ecosystem of local service industries supports the U.S. families living in the Gulf. The closure of these businesses over the next two years will hurt Gulf economies already constricted by COVID-19 and lowered oil prices; the blame will be placed on America.

Iran could spin this U.S. decision as a victory, but they are more strategic than that. This decision smooths the logistical road to U.S. drawdown, accelerating one of their own objectives. Spinning the decision as a victory could risk its reversal. Gloating would not be smart when a heightened threat assessment drove the decision and the international community is pondering the October end of the UN arms embargo.

The costs to U.S. soft power hint at the fact that the decision to end accompanied deployments was not made lightly. But it is not irreversible. Both Europe and the Gulf can affect the implementation of this decision if the idea of an America with fewer anchors in the Gulf is not in their interest. Reducing either the future Iranian threat or the Gulf’s version of a pivot to Asia could keep U.S. boots and baby booties committed to the region. 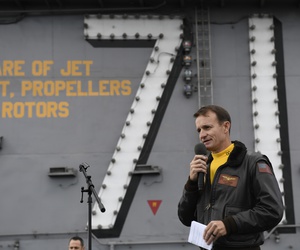 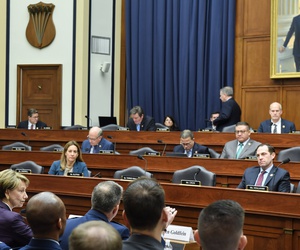 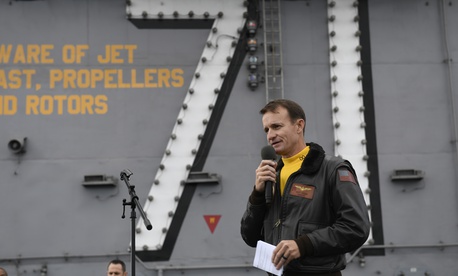 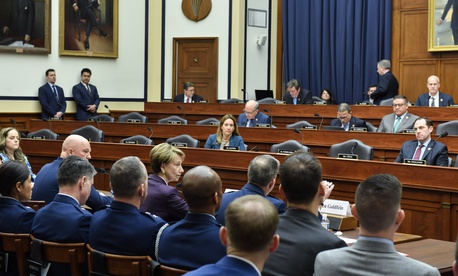