Taking Flight: How Akima Is Helping to Shape the Airmen of the Future at the United States Air Force Academy
Skip to Content
Get all our news and commentary in your inbox at 6 a.m. ET.
Ideas
Why Isn’t the US Compensating Families Torn Apart By Its Air Strikes? 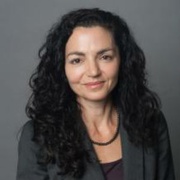 A family of five sitting down for dinner. A former humanitarian worker who’d gone to check on his banana farm. Three farmers sleeping under a tree. These are just a few of the 32 civilians killed or injured by U.S. air strikes in Somalia in the past three years. None of their families have received any assistance or compensation from the U.S. government — and they are hardly alone.

Of course, no amount of payment can compensate for the death of a family member or for a grave injury. But payments by the government responsible are an important acknowledgement of the loss and expression of condolence. They can also help mitigate anger and potential backlash from local populations harmed by U.S. actions.

Congress has repeatedly authorized such payments — known as “ex gratia,” or “out of grace” — “for damage, personal injury, or death that is incident to the use of force by the United States Armed Forces” or a coalition or other military organization supporting the U.S. Yet the payments are rarely made. In some theaters of war, they never happen at all.

In 2019, the Pentagon made 611 payments totaling $1,644,116, according to the department’s first report on ex gratia payments, as ordered by Congress and quietly posted in May. All but six were paid out in Afghanistan, with the rest in Iraq. More than 200 were what DoD calls “hero payments”: compensation paid to local residents or survivors of Afghans killed or injured while helping U.S. forces – so not necessarily civilians, and not really “ex gratia” payments. Of the remainder, more than three-quarters (336) were compensation for property damage.

Just 71 were compensation for deaths or injuries caused by U.S. forces. Yet there were more than 750 documented civilian casualties attributed to U.S. air strikes in Afghanistan that year.

A new DoD interim policy offers some clues. Ex gratia payments are described as a short-term strategy “to help authorized commanders obtain and maintain friendly relations with and the support of local populations where U.S. forces are operating…” The extent of harm caused is only one of many factors to be considered. By prioritizing relationships on the ground, it essentially ignores the victims of U.S. airpower in places where the U.S. has few ground troops, although such air strikes may lead to high numbers of civilian casualties, as we saw with U.S. operations in Raqqa, Syria, or in Mosul, Iraq.

Also disturbing is that the policy suggests that an entire population of a country might be deemed an “enemy” and therefore denied payments. Specifically: “Payments may not be offered to residents of a foreign locality or country where the population of the area as a whole is in a state of armed conflict or war against the United States.” To suggest an entire civilian population is fighting a war against the United States wipes out the very real, and very important, distinction between civilians and combatants.

In some U.S. conflicts, the military appears to have made no payments at all. In Raqqa, for example, during a 4-month period in 2017, the U.S.-led coalition against ISIS killed 39 members of Rasha Badran’s family, most of them women and children. The Badrans made up only a fraction of the over 1,600 civilians killed by the coalition in the battle for Raqqa. Yet neither Rasha Badran nor any of the other surviving civilians in Raqqa appear to have received payments from the U.S. government. Amnesty International interviewed more than 100 witnesses and survivors to the conflict, none of whom had even been contacted by the U.S. government.

DoD’s new policy says ex gratia payments “may be rare during conventional combat operations,” and that commanders may decide to use them more frequently in “counterinsurgency or stability operations, where support of the civilian population is often the center of gravity with respect to mission objectives….” Yet the victims of “conventional combat operations” often face dire situations and have urgent needs, as we saw in Raqqa and Mosul. It cannot help U.S. strategy to “liberate” a city, but leave survivors bereft and desperate for assistance.

It’s time for the United States to take full responsibility for the outcomes of its international military actions— and make a far greater effort to help the victims left behind. This week, Congress has a chance to prove its commitment to transparency and accountability when it comes to U.S.-caused civilian casualties. Amendments with bipartisan support proposed by Sen. Elizabeth Warren and Rep. Ro Khanna in this year’s defense authorization act would require and provide resources for improving DoD’s policies toward mitigating and responding to civilian casualties. Another proposed amendment by House Armed Services Committee Chairman Eliot Engel would ensure the creation of a specific plan for civilian casualties in Somalia.

The Pentagon doesn’t have to wait for those instructions, however. DoD’s new policy on ex gratia payments is only an interim one; the final policy could and should emphasize the importance of making payments to all civilians and their survivors who’ve been seriously harmed by U.S. lethal force. This does not excuse the U.S. obligation to pay reparations when deaths or injury result from violations of the laws of war. In those cases, investigation and accountability are required. But as former Defense Secretary James Mattis has acknowledged, civilian casualties may happen even when laws are followed. We owe those victims a better response.

NEXT STORY: Trump’s All-Stick, No-Carrot Approach Has Brought Two US Adversaries Together