How Ethical Hacking Can Make DOD’s Weapon Systems More Secure
Skip to Content
Get all our news and commentary in your inbox at 6 a.m. ET.
Ideas
What Today’s Generals Could Learn from George Washington's Evolution

In his military thinking early on, Washington failed to see the big strategic picture. But the 44-year old war commander "could observe, reflect, and adjust more than most senior commanders. 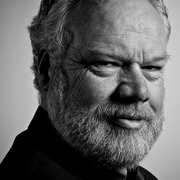 Editors’ note: The following is an exclusive excerpt from the new book First Principles: What America's Founders Learned from the Greeks and Romans and How That Shaped Our Country, by veteran war correspondent Tom Ricks.

The nature of Washington’s strategy has been a messy subject for students of the Revolutionary War. This may have occurred because most of them come to the war as political or social historians, rather than from a military perspective. For example, one otherwise knowledgeable writer, assessing Washington’s powerful political position after the war, derogates his military record thusly: “Washington had not achieved this kind of adulation as a result of battlefield brilliance, having lost more fights than he won, sometimes quite badly, most notably in his incompetent failure to hold New York, where he squandered thousands of troops needlessly.” He adds that, “during the war, he simply acted as if every defeat really was a victory.” Such conclusions miss the point that wars are more than just a string of battles, and that battles sometimes are not the decisive factor in conflict.

One persistent point of confusion in studies of the War for Independence dates back to the nineteenth century. This is the conflation of two distinctly different approaches: a war of posts and a Fabian strategy. In the former, one fights defensive battles from fortresses; in the latter, one avoids battle altogether and seeks to defeat an enemy by wearing him out. Washington’s contemporaries understood the difference. “The idea, about this time, seems to have been taken up of making our resistance a war of posts,” one American officer who was there in New York at the time wrote in a memoir. “This sort of war, however, . . . in a country without regular fortresses, appears to be scarcely practicable.”

Yet some modern historians conflate these two distinct approaches into one. For example, Joseph Ellis writes that “Washington came to accept the fact that he must adapt a more defensive strategy and fight a ‘War of Posts.’ Also called a ‘Fabian strategy’ . . . it was a shift in thinking that did not come naturally to Washington.” A second historian, Edward Lengel, states that “much has been made of Washington’s supposedly ‘Fabian’ view of warfare. It has also been called a war of position, or posts.” Lengel then argues emphatically that “Washington’s reputation as a Fabian . . . is unjustified.” But such an argument disregards Washington’s own words, as well as the writings of those around him and the record of how he acted in response to events and opportunities. It is odd because Washington’s contemporaries clearly saw him as taking a Fabian approach—though not all of them endorsed it.

To be sure, leading an indirect campaign was not an instinctive step for Washington. He was naturally aggressive and inclined to be impatient. But like everyone else, generals are altered by the extravagant pressures of war, and Washington, relatively young at the age of forty-four when he took top command, could observe, reflect, and adjust more than most senior commanders. The George Washington of 1777 would not be the same man he had been in 1775. At the war’s outset, he did not understand three of its key elements: the role of the militia in the fight, the kind of war he needed to pursue, and the allied intervention that would eventually reshape the war.

There were three stages in Washington’s evolution. First, in 1775 and much of the following year, he was inclined to take the offensive. Second, after a string of stinging setbacks around New York City in the summer of 1776, he shifted to a war of posts. This interim step was, again, not a Fabian approach, but was rather a retreat into fortresses from which he would invite the enemy to bring the fight to him. American troops may not be able to meet British regulars on the open battlefield, Washington was calculating, but perhaps they could fight from behind barriers. The stunning American victory at Bunker Hill a year earlier was the model for this.

But when Washington tried it in the New York area later in 1776, this approach of entrenching failed miserably. So by early 1777 he was reluctantly figuring out a third approach—that is, what an indirect, Fabian strategy might look like. He would pursue this for years, only occasionally offering battle when politics forced him to or when the British left an opening.

Winning battles does not necessarily win wars. Indeed, losing a battle can sometimes be an advantage, because a tactical setback can sometimes result in a strategic gain, if by engaging the enemy one slows his movement, distracts him from other targets, or just wears him down. For example, Benedict Arnold’s confrontation of the British on Lake Champlain in October 1776 resulted in him being “defeated soundly, but the tactical defeat proved an immense strategic gain. The lengthy naval arms race prevented [Major General Sir Guy] Carleton [the British commander] from conquering upstate New York before the winter of 1776–77.” That in turn gave the Americans time to rebuild their forces and go on to win the Battle of Saratoga in the same area a year later.

Astute chroniclers of military operations therefore focus not just on battles but on what actually wins wars. As Mark Kwasny describes it, the Revolutionary War began with a militia fight in Massachusetts. In the South, it mainly was a war of skirmishes. And even in the cockpit of the war, the middle colonies area surrounding New York City, more often than not it took the form of “partisan war”—that is, an irregular or guerrilla war waged in the shadows, often by part-time fighters operating in small, fluid units and then melting back into the civilian population. Part of Washington’s education was recognizing that this was indeed the nature of the war in which he was engaged. The British persisted in perceiving the war as similar to the conventional eighteenth century European dynastic fights they knew, writes R. Arthur Bowler. They were wrong, he finds: “It proved instead to be a popular war, a war in which the people were involved.”

There is no question that Washington got off on the wrong foot at beginning of the war. Both his perceptions and instincts required modification. His aggressive nature did not serve him well, and neither did the urgings of Congress to attack. His military thinking early on was conventional, painfully so. He failed to see the big strategic picture; instead, his thinking was down in the weeds of tactics. Take, for example, his advice to a regimental commander he had known for decades:

In all your marches, at times, at least, even when there is no possible danger, move with front, rear, and flank guards, that they may be familiarized to the use; and be regular in your encampments, appointing necessary guards for the security of your camp. In short, whether you expect an enemy or not, this should be practised; otherwise your attempts will be confused and awkward, when necessary. Be plain and precise in your orders, and keep copies of them to refer to, that no mistakes may happen.

This was the sort of plodding tactical advice a major or lieutenant colonel might offer to an untried company commander, but it was not the stuff with which wars are won. Washington needed to elevate his gaze to a higher level of war. Effective tactics are helpful to have, but without a strategy, they can be useless, like a powerful car without a steering wheel.

When Washington wrote that letter, he had not yet developed a strategic understanding of the conflict. Lacking that, he in that note slipped back to tactical matters, as generals sometimes do when they are overwhelmed or new to the fight. Until he began to understand the war at the level of generalship, he would not know how to prosecute it and so would not grasp the effect the militias could have if used well. That understanding would come as he reflected on the nature of his war and began to adapt his operations to reflect those recognitions. He was better at this sort of observation and contemplation than were most of his contemporaries, and indeed than most generals are, both then and now. It was Washington’s greatest military skill. It may not have been genius, but it was close.

Thomas E. Ricks is the author of First Principles: What America's Founders Learned from the Greeks and Romans and How That Shaped Our Country. He is the military history columnist for the New York Times Book Review and a visiting fellow in history at Bowdoin College. Ricks covered the U.S. military for the Washington Post and the Wall Street Journal, where he was a reporter for 17 years. He received two Pulitzer Prizes as part of reporting teams at those newspapers, and was a finalist for his book Fiasco: The American Military Adventure in Iraq.

NEXT STORY: Biden Shouldn’t Toss All of Trump’s Foreign Policies