General says sending aircraft carrier and B-52 bombers is not a pretext for war.

Three days after President Trump’s national security advisor announced the president was sending U.S. warships and bombers toward Iran, senior military officials fanned out across Washington on Wednesday to sound the alarm, amid skepticism of the administration’s claim that a “credible threat” against U.S. troops and allies loomed in the region.

Gen. Kenneth McKenzie, commander of U.S. Central Command, warned at a conference that Iran is “the long-term, enduring, most significant threat to stability in the Central Command AOR.” Brian Hook, the State Department’s special representative for Iran, sounded similar warnings at a separate event at the Center for Strategic and International Studies. Hook said that Iran’s Wednesday announcement that it would be partially withdrawing from the Iran nuclear deal “confirms our threat assessment and our need for action.” Both cited the government’s assessment that Iran-backed militants caused the deaths of 600 Americans during Operation Iraqi Freedom.

And in a previously scheduled hearing before the Senate Appropriations Subcommittee on Defense, Joint Chiefs Chairman Gen. Joseph Dunford said that “we sent some messages on Friday to make sure that it was clear to Iran that we recognize the threat and we were postured to respond to the threat.”

The drums began beating on Sunday, when John Bolton, in a highly unusual statement from a national security advisor, announced that the United States was moving the USS Abraham Lincoln and its carrier strike group into the CENTCOM region in response to “a number of troubling and escalatory indications.” The Trump administration has declined to describe the threat. CENTCOM spokesman Capt. Bill Urban told reporters Tuesday that McKenzie requested the additional forces based on  “clear indications that Iranian and Iranian proxy forces are making preparations to possibly attack U.S. forces in the region.”

Critics charged that the Trump administration is hyping the threat as a pretext for war with Iran. Some cited the George W. Bush administration’s flawed portrayals of U.S. intelligence to gain support for its invasion of Iraq. Bolton is seen a key architect of that effort.

On Wednesday, McKenzie denied that charge.

“While we do not seek war, Iran should not confuse our deliberative approach with unwillingness to act,” McKenzie said, at a Foundation for Defense of Democracies conference.

The four-star general provided few new details about the Lincoln’s mission or the threat that provoked it, instead offering a stern warning to Tehran. The deployment, he said, “sends a clear and unmistakable message” to the Iranian regime that any attack on U.S. interests will be met with force.

Wednesday marks the one-year anniversary of Trump’s controversial withdrawal from the Iran nuclear deal, formally called the Joint Comprehensive Plan of Action, or JCPOA. The deal imposed limits on Iran’s nuclear weapons program in return for sanctions relief. The Trump administration criticized the deal because it did not address the regime’s growing missile threat or its support for terrorist organizations across the region. Iran has largely stuck by the terms of the deal since Trump’s withdrawal, as have U.S. allies.

On Wednesday, after administration officials revealed the decision to move the Lincoln, Iran announced that the regime no longer would abide by some of the terms of the deal if a new one could not be struck within 60 days. President Hassan Rouhani in a speech said that “it is not us who has left the negotiation table” and insisting that it remains ready to negotiate.

The United States will wait to “see what Iran’s actions actually are,” Pompeo told traveling press. 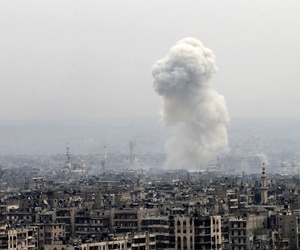 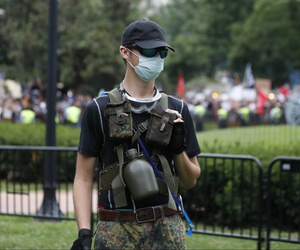 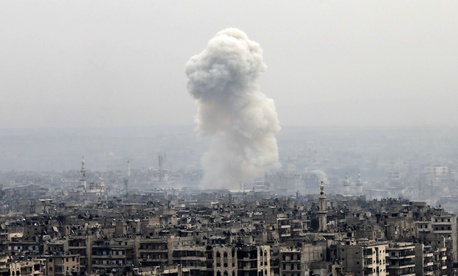 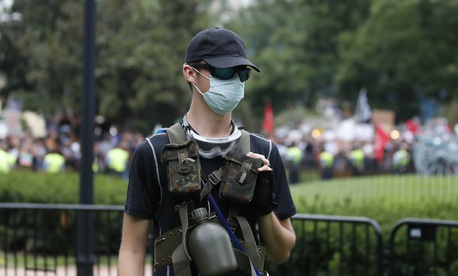