Inside the Disaster Zone
Skip to Content
Get all our news and commentary in your inbox at 6 a.m. ET.
Policy
Senate Shutdown Deal Moves to House, Again

House GOP scheduled for 3 p.m. meeting on bill that will require Democratic support. By Billy House 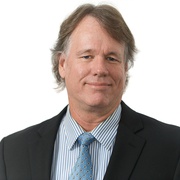 Speaker John Boehner will allow the House to take the initial vote as early as Wednesday afternoon on a Senate-prepared agreement to lift the debt ceiling and restart funding for the shuttered federal government—even though many of Boehner's conservative House colleagues don't support it.

The Senate would then follow with its own vote. Sen. Ted Cruz, R-Texas, told reporters Wednesday that he would not attempt to block that.

The 233 House Republicans are expected to gather behind closed doors at 3 p.m. to hear their leader explain why and how he intends to let such a vote happen.

Such a move by Boehner comes as the administration's Thursday deadline for hiking the nation's $16.7 trillion borrowing cap is less than 24 hours away. Boehner has said he would do everything he can to keep the nation from default.

For now, Boehner's office officially says there is no final decision on a plan that would require most Democrats to join with a couple dozen moderate and other Republicans to pass the bill. "No decision has been made about how or when a potential Senate agreement could be voted on in the House," said a Boehner spokesman, Michael Steel.

But when the vote does occur, Minority Leader Nancy Pelosi and her House Democrats are viewed as critical to getting the initial passage of the measure in the House.

"Boehner will need Pelosi votes," said one senior Democratic aide who is familiar with what he described as the cross-party negotiations that have been occurring Wednesday morning. "Democrats will be united," another senior Democratic leadership aide said, indicating that most of the 200 House Democrats are on board with the plan.

Whether Boehner might ultimately face the wrath of hardline members of his Republican conference for allowing such a vote on a Senate-prepared bill to resolve the debt ceiling and government shutdown is open for debate. But Democratic Rep. John Yarmuth of Kentucky is among those providing glowing endorsements for what he sees as political bravery by Boehner.

"Today, he is my hero," said Yarmuth, standing outside of the House chamber.

According to a senior House leader, the plans are set for the Senate package to be taken up by the House Rules Committee in the late afternoon, after the Republican closed-door conference. In the Rules Committee, action will be taken to set floor procedures. That floor vote itself also is expected later Wednesday.

The measure put together in the Senate will allow an extension of the debt limit until Feb. 7, and include a continuing resolution for government spending until Jan. 15.

The deal would also include language for a so-called resolution of disapproval to allow Congress to disapprove of a debt-ceiling increase, similar to what was included in the Budget Control Act of 2011. Under that language, if the debt increase is not approved in both chambers—or is vetoed by the president and is not overridden—the debt limit would increase.

Earlier plans to include a Dec. 15 deadline for a budget conference to report have been reconsidered, according to aides. The plan instead will include instructions for House and Senate leaders to name budget conferees. But the bill will still include an antifraud provision designed to verify income for those who receive subsidies under the Affordable Care Act..

After House passage, the Senate would then take up the bill.

The decision to move ahead with the Senate bill on Wednesday comes after a House GOP measure that Boehner unveiled to his members Tuesday unraveled through the day because of various objections. mostly from conservatives.

After passing a Senate-prepared bill, House GOP leaders will allow members to adjourn for the rest of the week – and possibly into early next week - according to lawmakers and congressional aides familiar with the plans.

Boehner and his lieutenants will hold off on releasing members to leave Washington until after the Senate formally follows the House in also passing the measure. That's just in case some last-second change forces the bill to get sent back Wednesday night.

But once that happens, House members will be given the green light to leave -- and get started on spinning what's just happened to constituents back home in their districts.

NEXT STORY: Will There Be a Debt Ceiling Deal?