Shifting Left: How DevSecOps Strengthens Agency Security and Risk Management
Skip to Content
Get all our news and commentary in your inbox at 6 a.m. ET.
Policy
Rand Paul (Sort of) Clarifies His Position on Iran

Calling it 'strategic ambiguity' ahead of the 2016 election, the Republican senator tries to explain his stance on a nuclear Iran. By Philip Bump 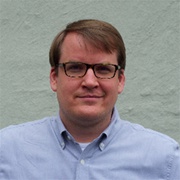 Kentucky Sen. Rand Paul wrote a column for The Washington Post on Wednesday in which he clarified a position that has come under fire: He opposes allowing Iran to get nuclear weapons and he opposes statements meant to demonstrate to America's opposition to its getting nuclear weapons. Perhaps the word clarified above should be in quotes.

Paul is running for president in 2016, in the it-is-two-years-away-and-the-FEC-is-watching way that one runs for president a few years in advance. His 2010 Senate campaign drew some attention to his foreign policy positions, in large part as he tried to differentiate his views from his father's. On the 2008 campaign trail, then-Rep. Ron Paul became popular with younger voters by advocating a staunchly isolationist worldview, opposing the wars in Iraq and Afghanistan — and pretty much everywhere else. This (and other opinions) put him outside the Republican mainstream and limited his viability. Rand's goal has always been to straddle the line: appealing to mainstream Republicans, but leveraging his father's support from younger, more libertarian voters.

In an interview on ABC that aired Sunday, Paul stepped outside of the mainstream entirely, indicating to Jonathan Karl that a policy of containment on Iran — accepting the country's nuclear weapons without resorting to military conflict — could work. "We woke up one day and Pakistan had nuclear weapons. If that would have been our policy toward Pakistan, we would be at war with Pakistan," Paul said. "… The people who say ‘by golly, we will never stand for that,’ they are voting for war."

Read more at The Wire.

NEXT STORY: Border Corruption Is Costing the Afghan Government Millions