Rice’s remarks, which were part of the rollout of a new formal administration national security policy statement, came at the close of a week in which Obama’s strategy for defeating the Islamic State in Iraq and Syria again fell under fierce criticism in the wake of the gruesome staged execution of a Jordanian Air Force pilot.

Beyond reaffirming its alliance with Jordan, the White House treated the incident with a business-as-usual air, insisting that its restrained approach against the Islamic State is paying off. While outrage erupted in Jordan and across the Arab world, Obama and his aides kept cool and stayed the course.

Rice’s remarks Friday at the Brookings Institution were very much in keeping with that posture. She admonished the White House’s critics at the outset, warning against what she called inside-the-Beltway “alarmism” about the threat posed by IS (as well as by Vladimir Putin’s Russia). “What’s missing here in D.C. is a sense of perspective,” she said.

The Islamic State and other terrorist groups, Rice said, do not pose a threat “of an existential nature” to the United States. Obama had said something similar a week earlier in an interview. (And it seemed somewhat at odds with the picture Obama painted last summer when trying to drum up public support for U.S. intervention.) That dismissiveness is likely to further inflame those who say the administration isn’t taking the jihadist threat seriously enough—and it may put Hillary Clinton, should she run for president, in an uncomfortable position.

Clinton’s challenge is that she has, at times, sounded more like former Defense Intelligence Agency chief, Lt. Gen. Michael Flynn, than President Obama.

Where she’s been able to, Clinton has subtly—and not necessarily effectively—tried to keep some distance from Obama’s foreign policy, an effort hamstrung by her own tenure as the president’s secretary of State. The restatement of that policy, which clearly views the the Islamic State as a small part of a very large global picture, may force her to do more in that regard.

The administration may not be doing her any favors in embracing a national security approach, as described by Rice, that de-emphasizes America’s military role, encourages the use of the tools of “soft power,” such as diplomacy and social media, and plays up coalition-building over going it alone. While it may be a strategy that recognizes, as the White House says, the complexities of the 21st-century world and a war-weary populace, it may be tougher to defend against a GOP presidential nominee certain to take a harder line. Particularly if demonstrable progress against Islamic State hasn’t been shown.

The hand-wringing over Obama’s approach toward IS largely has been symbolized by the escalating debate over the president’s steadfast refusal to call the fight what critics say it is: a global struggle against radical Islam. Perhaps the most blistering recent critique came from the former head of the Defense Intelligence Agency, Lt. Gen. Michael Flynn, who at a conference in Washington last week blasted the administration’s unwillingness to paint the fight in more epic terms.

“You cannot defeat an enemy you do not admit exists,” Flynn said, in remarks first reported by The Daily Beast, adding that the Obama administration wants “us to think that our challenge is dealing with an undefined set of violent extremists or merely lone-wolf actors with no ideology or network. But that’s just not the straight truth…. Our adversaries around the world are self-described Islamic militants—they say.”

Characterizing the stakes in terms like those is exactly what the White House has been trying to avoid. As recently as last weekend, in an interview with CNN’s Fareed Zakaria, Obama resisted any suggestion that the U.S. was enmeshed in an ideological conflict. “I think we do ourselves a disservice in this fight if we are not taking into account the fact that the overwhelming majority of Muslims reject this ideology,” the president said.

That position, White House aides say, is rooted in a desire to not elevate or legitimize the fever-dream that animates the terrorist group and is central to its recruiting propaganda: that it is fighting in the name of a fundamentalist form of Islam. Another pressing concern has been to avoid antagonizing Muslim communities in the U.S and abroad, where trust and cooperation is necessary to identify potential radical elements, and where the administration can’t risk sounding like it’s demonizing the religion as a whole.

Even some progressive think tanks believe Obama is being a little too careful. “I understand why they do that, but I do think there is something particular about Islamic extremism that needs to be recognized,” says Brian Katulis, a national security analyst at the Center for American Progress. But he adds, “I’m less concerned with how they talk about it, and more concerned about what they do about it.”

After the attacks in Paris last month, the French government was not as hesitant. Prime Minister Manuel Valls said that his country “is at war with terrorism, jihadism, and radical Islamism.”

Clinton’s challenge is that she has, at times, sounded more like Flynn than like Obama. In a speech in Ottawa, Canada late last year, she warned that Islamic State forces were “jihadist” and “expansionary”—an ideological-based enemy determined to take territory. (“Jihadist” is another word Obama won’t use.)

“They believe that it is part of their mission to launch attacks, to infiltrate through foreign fighters into Western societies,” Clinton said then. “If that were not the case, then we could have a different debate. I think the evidence is convincing, at least to me, that this is a group that will try to pick up where al-Qaida in Afghanistan left off.”

This is the same al-Qaida which, in Rice’s words Friday, has been “decimated.” But Rice also cautioned that “fighting terrorism is a long-term struggle. There will be setbacks. There will be no one-size-fits-all solutions.”

In Washington-speak, that means this will all soon be a new president’s problem, whether it’s Clinton or someone else. But before that happens, Clinton will face new pressure to make clear how she will handle it. 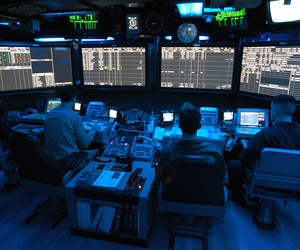 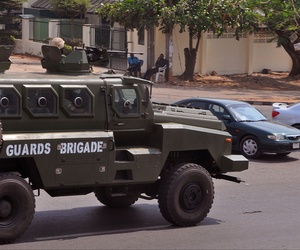 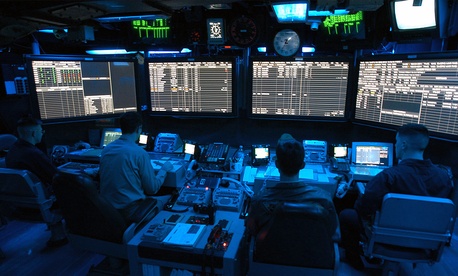 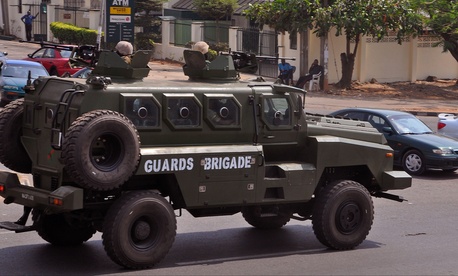