‘Winning’ or Not, Trump Doesn’t Seem to Be Listening To His Generals

Based on what he says, Trump already is defying his generals. The real test is what he actually does.

Is Trump going to listen to his generals or not? Are they the best or the worst? Is he with them or against them?

In the past month, President Donald Trump has met with four of the most important U.S. generals in the military to discuss terrorism and the war on ISIS. So far, he’s ignoring a lot of their advice. On the budget, on how to counter radical Islamic extremism, and on whether to even say phrases like “radical Islamic extremism,” it’s quickly become a sea of mixed-messages being played out in public between top military commanders, Trump, and his inner political sanctum.

What will Trump have the United States do about the war on ISIS, the size of the military, the national security budget, and the rest of the government toolbox for global security? His comments on Monday, when he proposed shifting $54 billion to the Pentagon, suggest Trump wants a big win, a military win, and he sounds like he wants it soon. Whether Trump will heed the ‘best military advice,’ as generals like to say is their job to provide, is his prerogative as their civilian commander in chief. On the campaign trail, Trump boasted he knew more than the generals, hinted he may fire many of them, and wanted a new ISIS war plan nearly immediately upon taking office. But he may not know how to listen to the military leaders he is relying on to supply that victory. At very least, they increasingly sound like they’re working for a different president altogether.

When Trump went to Tampa last month for his first major visit in front of U.S. troops, at the war rooms of MacDill Air Force Base, he met behind closed doors with the top two generals of the ISIS War, Gen. Joseph Votel of Central Command, and Gen. Tony Thomas of U.S. Special Operations Command. Later, Thomas, at a special operations conference outside of Washington, DC, two weeks ago, said Trump had asked them, “Very practical questions: What are we trying to accomplish? How do we win?”

Thomas gave reporters basically the same answers given by every military leader in the past eight years or so when asked about winning the war on terrorism. Answering questions specifically about the Yemen operation in which a Navy SEAL was killed, Thomas immediately went for the long view. He said he wanted Americans to understand those elite counterterrorism operations are occurring nightly but “unless we get governance on the back side of our military efforts, this is going to be a long struggle.” Governance is the job of the State Department. Winning the war on terrorism, in other words, is going to take a lot more than winning each night raid or even winning the entire battlefield.

Generals don’t much like to talk about “winning” against terrorism. They understand and tell the public and Congress that the U.S. is in a 10-, 30-, 100- year battle against a multi-generational ideological war of ideas far beyond the military battlefield. What is “winning” in that context?

Thomas said he supported Gen. Votel’s current war plan, which is Obama’s war plan: “The truth of it, I think, [Votel’s] logic, which is compelling, is that — more troops on the ground, maybe you own the problem when you’re done with it, as opposed to his approach, which is ‘by, with, and through,’ which I think is a more appropriate approach,” Thomas said. He was referring to the Pentagon’s preferred plan of fighting ISIS through U.S.-trained local forces instead of fighting terrorists directly with large numbers of American ground troops. “At the end of the day, the places we defeat ISIS need to be owned by the local people and be governed by the local people, that’s what we’re hoping.”

Related: Trump vs. The Generals
Related: SPECIAL REPORT: The Military Loves the Obama Doctrine. Can It Survive Trump?
Related: Trump’s Dangerous ‘Dishonest’ Message to the Troops

His public fixation, despite the 4-star guidance he received, has implications for the budget and the war plan. Last week, Joint Chiefs Chairman Gen. Joseph Dunford said the new counter-ISIS war plan the Pentagon was sending to Trump actually was not a “military plan.” It was a whole-of-government plan, calling for non-military help to fight ISIS. There was no talk of “winning” and Dunford certainly understands why. He was commander of the seemingly never-ending Afghanistan War. But on Monday, Trump proudly boasted his first federal budget proposal would shift $54 billion to the Pentagon from the State Department, the U.S. Agency for International Development, and other non-defense agencies. It sounds like the complete opposite of what Dunford said the Pentagon was about to propose. Mattis delivered that plan to the White House on Monday.

Even the newest general on Team Trump has struck out already. Lt. Gen. H.R. McMaster advised Trump to drop the rhetoric of “radical Islamic terrorism” from his speech because it angers the Muslim world, stokes anti-American fires, and endangers U.S. troops and national security. McMaster was overruled by Trump’s political team.

Over and over, Trump has heard his generals, then gone to the microphone or Twitter and ignored them. It’s a pattern he began on the campaign trail. In September, Trump said he’d likely place new generals in charge of the ISIS war and that the ones in charge had been “embarrassing” under Obama, whom Trump said marginalized them. In November, also in Tampa, he called the Mosul offensive under way “a total disaster” and called for “different thinking” from what Votel, Obama and the entire U.S. national security leadership was providing.

In the next few months, Trump will either order a way forward against ISIS that U.S. military leaders offer up (and likely is not much different from the war underway), or he’ll order some radical departure from what he’s offered this week, which may require some generals to resign their commissions. Either he’ll slash money from the State Department and pull back America’s diplomatic and development presence abroad — including money related to counter-terrorism — or he’ll expand it to help end this fight and prevent further conflict, as so many generals have suggested. Either he’ll tone down the anti-Muslim rhetoric, like McMaster wants, or he’ll keep it up. Either he’ll proclaim to the world the importance of a free and adversarial press to democracy, exemplified nowhere better than in the American press, or he won’t.

Americans can pick their own metric, but one place to watch is Eastern Europe. In the last year, President Barack Obama and NATO have moved thousands of American troops on to Russia’s border, with more tanks, aircraft, ships, and missiles. If Trump really wants to make nice with Putin, he could pull all of that back, or cut the U.S. nuclear arsenal. So far, Trump has indicated no change in troops and pledged the biggest arsenal ever.

What “the generals” say matters, and what Trump says about them and their advice is confusing. The new president’s actions will speak louder than his words. 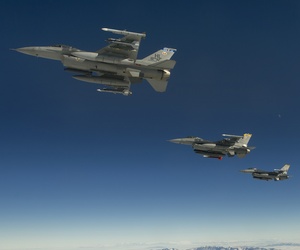 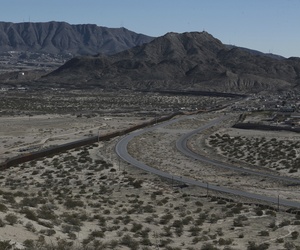 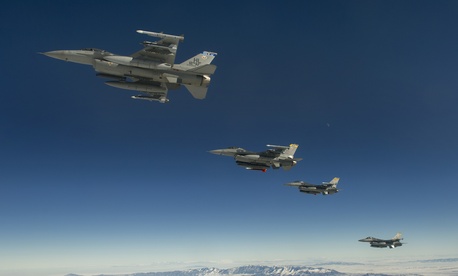 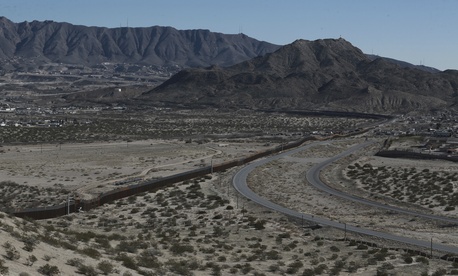