An artist's concept of the Multi-Mission Surface Combatant ship, which Saudi Arabia plans to buy.

It’s still a lot of talk and no final sales, but long-stalled deals worth billions just got moving again.

U.S. and Saudi officials cobbled together a $110 billion arms package in just two weeks — lightspeed by government standards — so President Donald Trump could announce the deal last Saturday in Riyadh. Now government officials and defense firms are scrambling to understand what’s actually included in the package, what’s new about it, and what comes next.

It’s not clear, for example, when or whether any of the individual deals that make up the eye-popping total will translate into actual revenue for the U.S. manufacturers. The package includes $23.7 billion in weapons approved for export by the Obama administration but were never actually purchased by the Saudis. Dating to 2013, those seven deals include four combat ships, CH-47 Chinook helicopters, and Abrams tanks, according to a Defense Security Cooperation Agency fact sheet.

Still, the agreements signed by Trump and Saudi officials over the weekend include letters of offer and acceptance, or LOAs, for those seven deals. Such letters are a necessary step on the way to a contract, though they do not commit either side to a final sale. A textbook compiled by the Defense Security Cooperation Agency, the arm of the Pentagon that oversees foreign sales, puts it this way: “The LOA becomes an agreement when the customer accepts the case by signing it and providing the payment specified in the LOA.”

Most of the seven deals had been on hold simply because the Saudis had not moved ahead with the purchases. But one sale, of various precision-guided munitions, had been approved by the Obama administration but then halted “out of fear that they would be used to bomb civilians in Yemen.” The Trump administration has lifted the hold, the New York Times reported.

Items that are new to the list include the THAAD missile defense system, also made by Lockheed, and Boeing P-8 surveillance planes.

“When completed, it will be the largest single arms deal in American history,” said Vice Adm. Joseph Rixey, director of the DSCA.

Rixey, who spoke to reporters last Friday, said the deal offered a “threat-based security operation package” that “provides full-spectrum capabilities.” He said he negotiated the deal with Ahmed Al-Khatib, advisor to the Saudi Defense Ministry and Head of Delegation for the Kingdom of Saudi Arabia.

Lockheed, Raytheon, and Boeing all released statements touting the deals, but said they are still awaiting details from the U.S. government, sources said.

The deal can be expected to support jobs in both the seller and buyer nations. Defense industry sources expect the bulk of the manufacturing of these weapons to be done in the U.S., yet with much final assembly or finishing work to be done in Saudi Arabia.

Saudi Arabia is just one of several countries that want to expand their role in arms manufacturing. In the past, Middle Eastern allies simply wanted American-made weapons. Now they want more, mandating some types of manufacturing locally as well as technology transfer. Saudi has touted Vision 2030, a plan that calls for making half of the kingdom’s weapons locally.

U.S. firms have been expanding their Middle East presence in recent years, opening local offices and setting up offset companies. When U.S. defense spending shrank during the Obama administration, American companies touted their expansion to this and other regions to investors and reporters.

“With more than 50 years of experience as a trusted government and industry partner with the Kingdom, our presence in the country is focused on supporting economic diversification and the realization of the national objectives defined in the Saudi Vision 2030 development plan, through the deployment of technological solutions that promote long-term growth,” Lockheed says on the Saudi section of its corporate website.

But now with a president who has pushed “America First” policies has publicly attacked U.S. firms for moving jobs overseas, defense companies are walking a narrow path when touting expansion overseas.

“Once fully realized, the programs in this announcement will support more than 18,000 highly skilled jobs in the U.S. and thousands of jobs in Saudi Arabia as part of maintaining and modernizing these platforms over the next 30 years,” Lockheed said in a statement.

For its part, Raytheon announced the creation of Raytheon Arabia, a Saudi entity that will be owned by the Massachusetts-based firm. “These programs will positively impact Saudi and U.S. economies including job creation,” its statement said.

Many top executives from American defense firms — including Lockheed’s Marillyn Hewson and Boeing’s Dennis Muilenburg — were in Riyadh for a CEO summit that coincided with Trump’s Saudi visit.

Here’s a list of the companies and weapons involved in the $110 billion deal:

Lockheed Martin (The firm says its share of the potential total is $28 billion.) 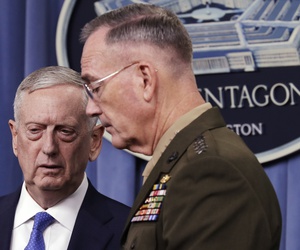 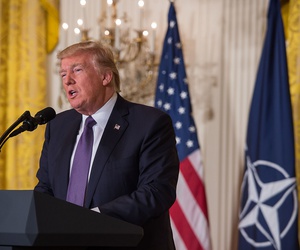 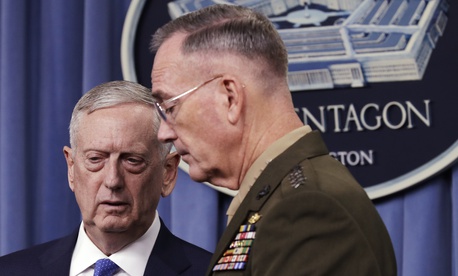 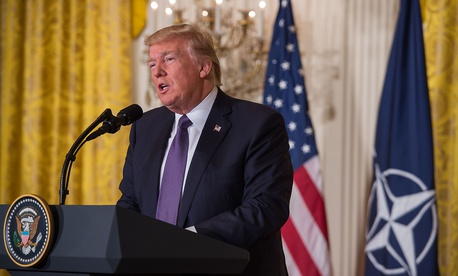