Six months ago, service leaders said they were being cut out of the planning process. Now they’re being put in charge of it.

Detailed planning for the proposed Space Force is expected to be handed over soon to the U.S. Air Force, a sign that Pentagon leaders — many of whom opposed the notion of consolidating military space operations in a new organization — have found a version that they can support.

In coming weeks, Acting Defense Secretary Patrick Shanahan is expected to sign a memo asking Air Force Secretary Heather Wilson to stand up a team that will figure out the bureaucratic nuts and bolts of the new space organization, according to a draft of the memo being circulated by top administration and military officials.

A spokesman for Shanahan, who is traveling in the Middle East, was not immediately available for comment.

The move brings the Air Force somewhat full circle on the new outfit. Last March, President Trump called rather vaguely for a “Space Force,” surprising Pentagon and service officials, many of whom had opposed more fleshed-out versions of the idea. In particular, leaders of the Air Force — which handles the majority of U.S. military space operations — evinced concern that those functions might be split off into a completely separate service branch.

Planning for the new outfit was largely handled by Shanahan and a small team in the Office of the Secretary of Defense. By July, Air Force leaders were complaining that they were being shut out of the process. In September, Wilson sent an unsolicited memo to Shanahan in which she predicted that a fully independent space force that included the satellite-making National Reconnaissance Office would cost $13 billion.

The friction gave rise to reports in October that Wilson would be asked to step down. Shanahan responded by telling Space News, “I rely on Secretary Wilson’s advice and counsel” and “greatly appreciate” her “leadership, commitment, and vision.” Still, later that month, Pentagon planners drafted an early plan for a separate branch.

But then something unexpected happened: the National Security Council asked Pentagon leaders whether the new outfit would be better positioned within the Air Force — a proposal much more to the service’s liking. The idea of moving the NRO to the new Space Force was dropped, perhaps as a nod to the Congressional turf battle that might have erupted if an agency overseen by the intelligence committees were shifted to the purview of the armed services committees. And a late-January draft of the Pentagon’s legislative proposal — that is, the legislation that the Trump administration hopes Congress will sign to create the new unit — calls for a Space Force within the Department of the Air Force, as the Marine Corps is within the Navy Department.

The final version of that proposal is expected to go to lawmakers as soon as Feb. 25, in advance of the White House’s 2020 budget request, which is expected on Capitol Hill in mid-March. A separate space policy directive being prepped for Trump’s signature, known as SPD-4, also describes the Space Force as being part of the Air Force.

Under the proposal, Wilson would oversee the Space Force, just as Navy Secretary Richard Spencer oversees the Marine Corps. The proposal also calls for creating a Space Force undersecretary below Wilson, along with two four-star billets: a chief of staff who would be a member of the Joint Chiefs, and a vice chief of staff.

Former Defense Secretary Jim Mattis and Joint Chiefs Chairman Gen. Joe Dunford were also said to share Wilson’s reluctance to create a full separate service. But in the past few months, several defense and administration officials acknowledged a larger embracing of the issues, largely because the proposal limits the creation of new bureaucracy. The officials all spoke on the condition of anonymity to candidly discuss the Space Force proposal, which still hasn’t been completely finalized.

“This is the ‘Department of Get Stuff Done’,” Shanahan said during the Jan. 17 release of the administration’s Missile Defense Review as Trump stood just off stage right. The acting secretary called the Space Force part of the missile defense mission. The following week, Shanahan said he would be working on the Space Force planning with Wilson and Mike Griffin, the defense undersecretary for research and engineering who is leading the effort to create a Space Development Agency to oversee the Pentagon’s new satellite projects.

The cost of the Space Force remains unclear clear, although the draft legislative proposal calls for $363 million over the next five years, or about $72.5 million per year for the headquarters. On Monday, Space News reported that the total cost for the Space Force headquarters, Space Development Agency and U.S. Space Command, a new warfighting command, would cost $270 million in fiscal 2020.

The main remaining question is whether lawmakers will back the proposal — and opposition appears to be softening. Rep. Adam Smith, D-Wash., chairman of the House Armed Services Committee, told Politico that the Pentagon’s Space Force proposal is “probably a good template to work off of, and then the devil is in the details. I believe that space needs to be emphasized.” 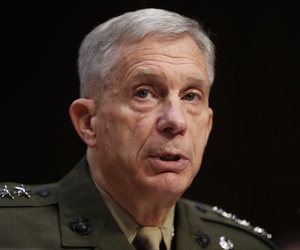 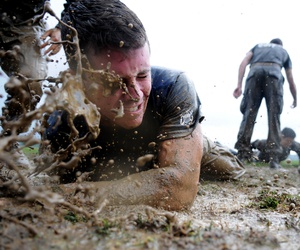 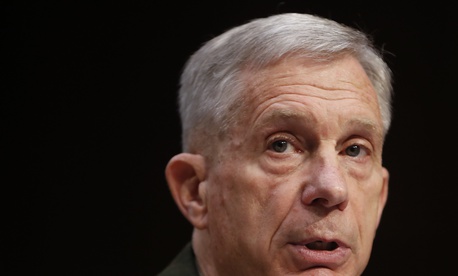 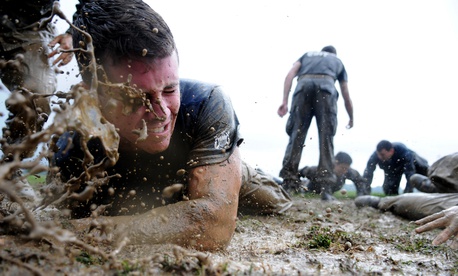