“None of these guys, with the exception of Biden, have the chops,” said one longtime Democratic strategist.

It has been one of the most fiercely debated themes of Donald Trump’s presidency, and arguably one of the central features of the insurgent candidacy that propelled him to victory in 2016: What is America’s role in the world?

In his first two years in office, Trump’s “America First” foreign policy — his drive to disentangle the United States from multilateral alliances and military commitments overseas — has alarmed allies abroad and on Capitol Hill. Whichever candidate in a crowded field of Democrats faces off against Trump one year from November will almost certainly have to reckon with his controversial legacy.

But so far, few of the nearly 30 announced or prospective candidates have spoken substantively about their approach to foreign policy. Even fewer have any meaningful experience in the arena. The most notable exception is former Vice President Joe Biden, who is expected to announce his bid in the coming weeks.

That’s not necessarily unusual, Democratic strategists and presidential historians say. It’s early, at a time when primary candidates typically focus on bread-and-butter domestic issues like jobs and healthcare. Moreover, even in the general election, “it’s hard to find an example in which foreign-policy expertise proved decisive,” said Bruce Schulman, a professor of U.S. political history at Boston University.

The list of presidential candidates who defeated a rival with more foreign policy experience is long: Jimmy Carter beat Gerald Ford in 1976, Bill Clinton beat George H.W. Bush in 1992, George W. Bush beat Al Gore in 2000 — and in 2016, Trump defeated Hillary Clinton. “Even at the height of the Cold War — and in elections where foreign policy formed a major issue — candidates with little or no foreign policy experience have triumphed,” said Schulman. “The two most conspicuous examples are John Kennedy’s defeat of Richard Nixon in 1960 and Reagan’s 1980 victory over Jimmy Carter. In both cases, Soviet aggression was a major issue and the electorate opted for the unexperienced candidate.”

“I think it’ll come up during the primaries,” said Jim Manley, a longtime Democratic strategist who worked for Senate Majority Leader Harry Reid and then Hillary Clinton during her 2016 bid. “I see some of these issues being raised in the early caucus states,” he said, ticking off the ongoing crisis in Venezuela and the question of Russian election interference. The debate over the Trump administration’s handling of the crisis in Caracas, in particular, has raised thorny questions about the fraught history of American interventionism.

“We elected a president with no foreign policy or national security experience. We’ve seen what that’s done,” Manley said. “The issue will be whether some of these relatively unknown folks are going to pay a price for not having that kind of experience, or whether voters are going to give them a break.”

Some 2020 Democratic candidates are actively seeking to beef up their foreign policy bonafides. Sen. Bernie Sanders, I-Vt., who was criticized during the 2016 primary for having a superficial platform, has given two major foreign policy speeches since 2017 and spearheaded perhaps the Senate’s most significant foreign policy victory during the Trump administration: a measure to cut off U.S. military support to the Saudi Arabia-led war in Yemen. Sen. Elizabeth Warren, D-Mass., has also laid out her foreign policy vision in a speech earlier this year. But, Manley said, “None of these guys, with the exception of Biden, have the chops.”

Mieke Eoyang, vice president for the national security program at the centrist Democratic think tank Third Way, expects the swath of Democratic candidates to avoid going too deep into foreign policy during the primary — if for no other reason than “there are not a lot of real policy differences that dominate, because everyone can be in opposition to the way that Trump is doing things,” she said. But there is one clear cleavage appearing in the party, she says — one that, eventually, candidates will have to reckon with.

“‘How much do you believe in America’s power to be a force for good in the world?’ is a real question,” Eoyang said. “There’s a big divide in the party that is a generational divide. Older voters have more confidence in the U.S. ability to engage [abroad] in a constructive way — and younger voters, who came of age during the Iraq War, don’t believe that.”

It’s that schism that appears most likely to cleave staunch non-interventionists, like Sanders, from centrists with deep real-world foreign policy experience, like Biden — or even Rep. Seth Moulton, D-Mass., a three-term congressman and Marine veteran who is weighing a bid. Says Manley, “I’ll be waiting to see if some Democrats make a litmus test out of bringing troops home from Iraq and Afghanistan.”

Trump has sought to end what he calls America’s “forever wars,” ordering the abrupt withdrawal of 2,000 U.S. troops from Syria in December and expressing persistent skepticism about the 14,000 troops in Afghanistan. Although he has drawn fierce criticism across the spectrum for the apparently haphazard policy-making process behind those decisions, progressives have applauded the end goal. Trump’s instinct to get out of overseas military commitments is hardly anathema to non-interventionists like Sanders or long-shot Rep. Tulsi Gabbard, D-Hawaii — but it has drawn a far more measured response from even Sen. Kamala Harris, D-Calif., who is known for her progressive bonafides but has also served on the Senate Homeland Security and Intelligence Committees. (Harris voted against an amendment from Senate Majority Leader Mitch McConnell, R-Ky., rebuking Trump for the withdrawal from Syria.)

“There’s a more pragmatic center that would say, ‘American engagement is still useful so let’s make sure we do it well when we do it’; then there’s a more activist group that says, ‘let’s just pull back from the world, because our engagement makes it worse,” said Eoyang. She pointed to Sanders’ response to Venezuelan strongman Nicolas Maduro, saying that he “declines the exercise in American power.” Sanders in a recent CNN town hall warned against foreign intervention in Venezuela and stopped short of calling Maduro a dictator.

Other unorthodox elements of Trump’s “America First” approach are less likely to get a hearing during the early stages of the race, Manley and Eoyang suggest. Trump has often needled close European allies over defense spending and has reportedly questioned U.S. membership in NATO, alarming Republicans and Democrats. But, Manley said, “It’s tough for me to imagine Democratic voters making a litmus test out of Democrats pledging to restore our relations with our key allies, like Great Britain and Germany. Might be for the foreign policy elite, but I don’t see that as that strong of an issue on the campaign trail.”

The broader concern for Eoyang and other centrists is that the insurgent progressive wing of the party — championed by freshman lawmakers like Rep. Alexandra Ocasio-Cortez, D-N.Y., and Rep. Illhan Omar, D-Minn. — will anoint a Democratic candidate who can’t beat Trump in the general election, on foreign policy or any other issue. Primary voters tend to cluster on the extremes in either party. But although AOC and Omar have dominated cable news coverage, it was primarily moderates who recaptured the House for the Democrats in 2018.

“The question for the primary voters is, do you want to win the war inside the party knowing that that view is not shared by the majority of Americans, [which] will make it harder to actually defeat Trump?” Eoyang said. 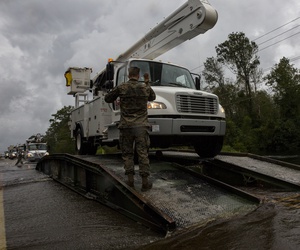 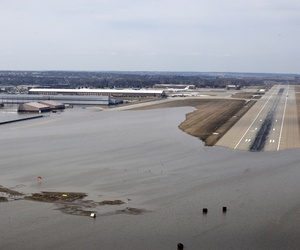 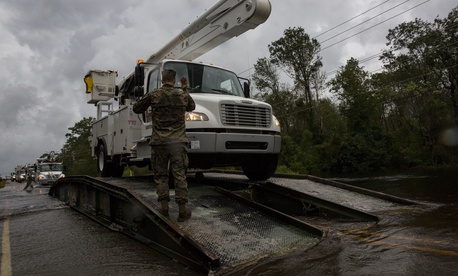 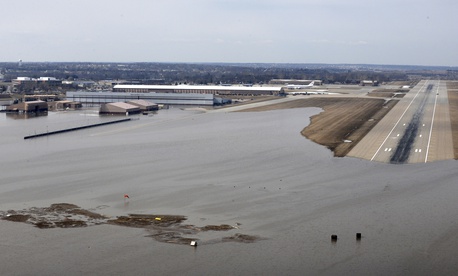