Cyber experts believe that malicious soundwaves could be deployed to paralyze a ship's electronic systems. By Aliya Sternstein

The next Cuban missile crisis could be resolved through the power of music rather than an armed standoff between nuclear powers, military officials and researchers speculate.

It is believed that sound waves can “jump the air gap” — or hack a machine that is not on a network — to paralyze a ship’s control systems. Instead of using a blockade or firing Tomahawk missiles to prevent Russia from delivering weapons to Cuba, the United States could use malicious tones.

“This is where you talk about fleets coming to a stop. Our ships are floating SCADA systems,” retired Capt. Mark Hagerott, deputy director of cybersecurity for the U.S. Naval Academy, said at a summit in Washington organized by Government Executive Media Group. He was referring to supervisory control and data acquisition systems that control industrial operations. “That would disrupt the world balance of power if you could begin to jump the air gap,” Hagerott said.

Taking down a SCADA system “gives you a nonlethal warfare capacity at sea,” Peter Singer, a Brookings Institution national security analyst, said in an interview after speaking at the Defense One Summit. A president could say, for example: “Don’t let this enemy fleet seize these island chains but also don’t let it turn into a shooting war.” It would warn the adversary that if it crosses a certain boundary, the United States will flip the switch. “Now their ship is floating but you haven’t killed anyone,” Singer said.

Even the Stuxnet virus, an alleged U.S.-Israel creation that breached an air-gapped Iranian nuclear production system, required more proximity. Someone inserted an infected jump drive that made the nuclear centrifuges go haywire.

Onboard, “you think you are secure. You didn’t put a flash drive in. There’s no wires,” Hagerott said.

This story has been updated to include more specific details.

(Image by Mmaxer via Shutterstock) 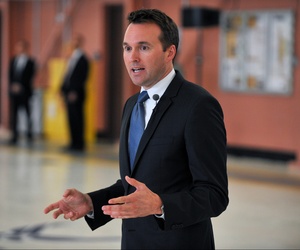 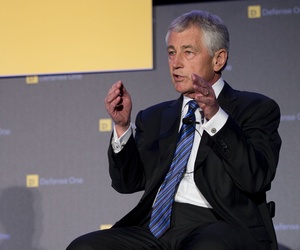 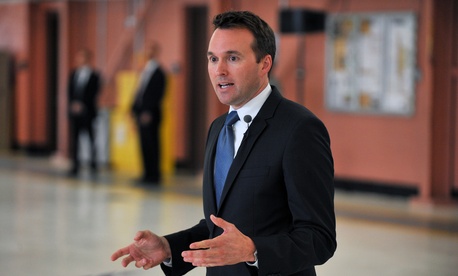 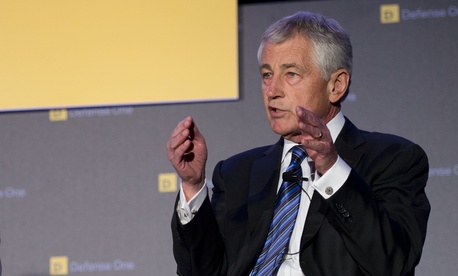