The newest apps fueling Venezuela’s uprisings are made in North America and have piqued the Pentagon’s interest. By Patrick Tucker

Entrepreneur Bill Moore was in his Austin, Texas, office last Thursday, watching explosive growth for his company’s walkie-talkie app, Zello, inside Venezuela. Zello had become the favorite app of protest organizers there after recently hitting the mark as the most popular app in Ukraine. Over the past few days in Venezuela, the protests ballooned following rapidly rising food prices, controversy over President Nicolas Maduro’s economic policies, public dissatisfaction over crime and multiple other factors  .

Moore was finding that in Venezuela that popularity had a price. Shortly after 9 p.m., his Twitter feed blew up with messages from users inside the country. The government-owned Internet service provider, CANTV, which hosts 90 percent of Venezuela’s Internet traffic, was blocking the app as well as access to Zello’s website. Downloads were dropping off considerably.

Zello sent out the following Tweet: “If you are in Venezuela and familiar with network diagnostics tools, please respond, we need your help to understand the block applied.”

If you are in Venezuela and familiar with network diagnostics tools, please respond, we need your help to understand the block applied.

As Moore describes it, the response, like the protests themselves, was immediate and enormous. People inside Venezuela and many more from around the world wrote in with advice. Moore, Alexey Gavrilov, Zello’s co-founder and chief technical officer, and the company’s programmers worked feverishly through the night on a new version of the app to get around the CANTV blockade. “This was the most important thing in the company,” Moore told Defense One . “We said, ‘How do we get this done?’”

Finally, at about 5 p.m. the following day, an updated version was ready to go. The company released this tweet: “Android users in Venezuela, who cannot access the app. Please try this version and report back results.”

Android users in Venezuela, who cannot access the app. Please try this version and report back results  http://t.co/e5XZKYusOw

Despite the efforts of the Maduro government, protests in Venezuela are continuing and so are downloads of Zello, one fueling the other. It’s a cycle that’s reminiscent of the very early days of the Arab Spring in 2010 and 2011, in which students and other protestors used social networks like Twitter and Facebook to help organize, promote and communicate through protests, eventually forcing the ouster of nondemocratic governments in places like Tunisia and Egypt.

The lesson from the events in Tunisia in particular seemed to be that when you combine an educated student class with the power of social networks and press the return key, the outcome can be democracy. But when the machine malfunctions, the result can look like a protracted war with the potential to embroil U.S. forces. The protests in Libya, in contrast, resulted in a civil war costing more than $1 billion to the U.S. and NATO. When the machine breaks down completely, the result looks like Syria, or possibly Iran, where the regime has been extremely successful shutting the opposition out of the Internet.

Founded in Austin in 2011, Zello allows individuals to communicate to one another walkie-talkie style via a simple broadband connection. The app interface looks a like button on your phone. You press it to speak to people on a particular channel. The channels can be as small as two people or as big as hundreds of thousands. The largest in Venezuela is about 450,000, but only 600 can be active on a channel at one time, Moore said. The feel of the app is similar to the now defunct Nextel push-to-talk service, which was shut down last summer. Zello is free for individuals but companies can purchase a plan to allow more users on a single channel for $10 a month.

Zello has been downloaded some 50 million times. In addition to playing a big role in the recent Ukraine protests, it was also extremely popular during last year’s unrest in Turkey.

Moore never imagined that what he was making could become a politically destabilizing force. He knew only that he wanted to make a social network around the idea of Internet-based radio. “The human voice carries so much more information than typing. We knew that was the basis of something great. If you listen to these channels you realize that it’s a way for people to make friends. The surprise was that that it exploded in Turkey almost a year ago to become the number one app in Turkey around the issues that they had, and then in Venezuela.”

In emails, multiple protestors said that they saw Zello as an essential tool for coordinating movement, collecting intelligence on the location of government forces, and organizing responses. In other words, Zello has clear military potential. The company reports that it has received interest from the U.S. National Guard and the United States Army Reserve Command

But Zello, which has been downloaded more than 600,000 times in Venezuela in just a few days, has seen multiple uses, some of these extend beyond calling for marches and launching maneuvers to evade the authorities. They include organizing guarimbas , blockades of burning trash, to thwart National Guard and police movements. The erection of the guarimbas represents a clear escalation in protestor tactics away from simple peaceful marches and some report that the blockades have contributed to the casualty count, which officially hit 11 over the weekend . The use of guarimbas is controversial among the protestors and has been met with extremely harsh responses from troops as demonstrated in this video.

The openness of the Zello platform explains why it’s become so useful across Venezuela, but this ease of use has also led to a digital fog of war with confusion about who is using the network for what purpose. According to protestors, the government and government-supporting militia groups, or colectivos , will listen in on protestor channels on Zello to get information about upcoming movements or marches, distribute disinformation, or learn the identities of people on the other side. This has led to calls from protestor groups on Twitter to abandon use of the walkie-talkie app.

Moore, who says his company has no direct stake in Venezuelan politics, said there’s a simple fix to these problems: the platform allows users to create one-way communication channels, multiple communication channels, or closed channels where users must be granted to access to join. It can work like a giant open microphone, a conference call, or a radio-station.

Abelardo Jesus Marquez , a Venezuelan technology consultant and blogger sympathetic to the protest movement, said in an email that part of the problem was that too many Zello users were simply unaware of the most secure and effective ways to use the service. “The logical question would be, why [don’t] they use closed channels protected by passwords? They ignore the security implications.”

The confusion among protestors using the app as well as the government shutdown of Zello and the company’s quick response, speak to the fact that digital revolution is more complicated in Venezuela today than it was in Tunisia in 2011.

“During the Arab spring we saw the power of social media to organize people around freedom. Governments have caught on to understand that their ability to restrict this information is important. These governments will continue to restrict these [services],” said Ryan Dochuk, founder of a Toronto-based company called TunnelBear that offers Internet encryption services. Dochuk said TunnelBear has seen an enormous uptick in usage in Venezuela in the last few days, primarily through Twitter.

TunnelBear’s encryption service hides the way the user is accessing the Internet, what websites he or she is visiting and what is being downloaded. It offers what’s called a virtual private network, or VPN, within a larger Internet service provider. (Another example is TOR .) When a VPN is working, it functions as an invisibility cloak. In Venezuela, it’s allowing people to access banned Web sites and apps, such as Zello.

TunnelBear offers a free service for moderate data usage and two other plans for more heavy usage. In response to user demand, the company has made TunnelBear completely free inside Venezuela.

@fbajak @Zello TunnelBear should unblock Zello for iPhone and Android. We are currently providing free service to #Venezuela  #censura

The decision was not an easy one. “When you decide to open up your network for free, there’s financial decisions at play. There’s emotional decisions at play. You open your inbox on a Friday morning and you see dozens of stories of people requiring assistance,” Dochuk said. “We’ll support these efforts where we can, but it’s by no means full proof.”

Dochuk, like Moore, has no direct interest in Venezuelan politics. But he’s opposed to censorship on principle. And TunnelBear already had a lot of users in Venezuela. When he heard that the government was trying block Internet access, he knew that he had to make the service free where it was needed most. But the company would really prefer not to get overly involved in conflict areas, and so the rising death toll in Venezuela is worrisome. Also, he knows that there’s only so much an encrypted network can do. In places where government censorship operations are sophisticated, like in China, Syria or Iran, TunnelBear is non-existent. (Dochuk recommends users in these countries try TOR.)

The national security implications of app wars in conflict areas can’t be understated. Whether Venezuela will follow the path of Tunisia, Libya, Syria or Iran remains to be seen. The outcome depends on multiple factors. But one is how well different sides in the emerging conflict leverage technologies like Zello and TunnelBear to achieve their objectives. Though it sounds hyperbolic, the future of Venezuela, and U.S. involvement in that country, may depend on which side makes better use of this sort of technology in the coming days and weeks. Dochuk is guardedly optimistic.

“Technology can move much faster than these governments, and I think over time, these groups will be successful getting information and freedom out.” 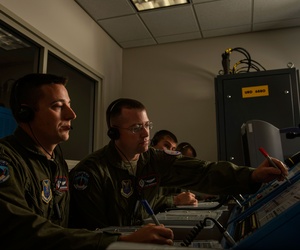 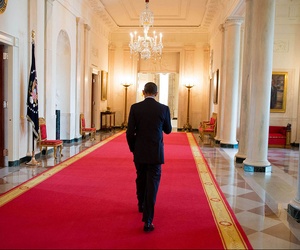 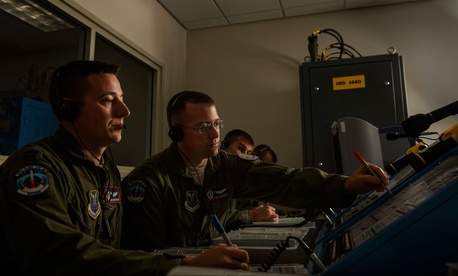 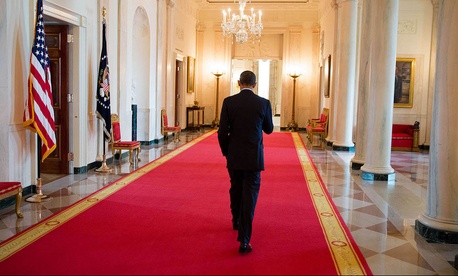