US Military Blimp Down Over Pennsylvania

The Army lost control of its 3.5-ton multi-billion-dollar air-defense JLENS for four hours on Wednesday.

UPDATE: NORAD has confirmed the JLENS is down and deflating in Moreland Township, Pennsylvania.

A 240-foot U.S. Army blimp broke loose from its moorings at Aberdeen Proving Grounds and drifted northeast above the fall foliage of Pennsylvania on October 28th, knocking down power lines and leaving hundreds briefly without power.

The Air Force scrambled two F-16s from the Atlantic City Air National Guard base to track the blimp, which broke free at 12:20 p.m. Eastern time.

“NORAD officials are working closely with the FAA to ensure air traffic safety, as well as with our other interagency partners to address the safe recovery of the aerostat,” the agency said in a statement.

The aircraft is part of a Pentagon plan to create a net to hunt enemy drones and cruise missiles along the Eastern seaboard of the United States. The cost of the program is now estimated at $2.7 billion. The blimp that broke free of its moorings is one of two that work together. One is a surveillance aerostate with a radar capable of monitoring an area that size of Texas. That one did not break free but was lowered on Wednesday anyway as a precaution. The unmoored blimp was the fire control aerostate that does more precise observation. It reportedly went up just in August.

The much-maligned Joint Land Attack Cruise Missile Defense Elevated Netted Sensor System, or JLENS, is not technically a blimp because it it has no propulsion; rather, it is a tethered aerostat. Similar but smaller aircraft have been used for overwatch surveillance to protect overseas U.S. bases for years, including in Afghanistan and Iraq.

The incident on the 28th adds to the serious and growing safety concerns about the program. The BBC reports that on October 11th, a British Royal Air Force, or RAF, Puma MK2 helicopter in Afghanistan crashed when the rotor became entangled in the tether of a similar observation balloon, resulting in the deaths of two British RAF servicemembers, two Americans, and one French civilian contractor.

When asked on the 28th about the blimp knocking out power lines across Mid-Atlantic, Defense Secretary Ash Carter reportedly told reporters, “My understanding is, from having seen these break loose in Afghanistan on a number of occasions, we could get it to descend and then we’ll recover it and put it back up … This happens in bad weather.”

The JLENS has been in testing since 2009. Raytheon, the manufacturer, has billed the JLENS program as a meant to detect missile and large drones via radar. Raytheon demonstrated that the X-band radar could pick up multiple ballistic missiles back in 2012. The JLENS’s ability to track other other objects like drones is much less clear.

Earlier this year, when a Florida man flew a gyrocopter from Pennsylvania to the steps of the U.S. Capitol, NORAD declined repeated requests for information about whether the JLENS detected the slow-moving helicopter as it made its way toward Washington, D.C. They also have yet to respond to a Defense One Freedom of information Act Request for information about the matter. 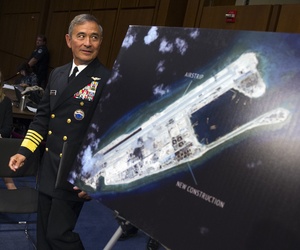 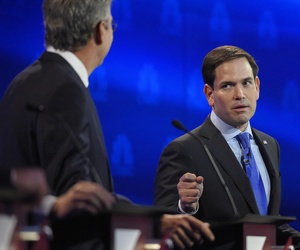 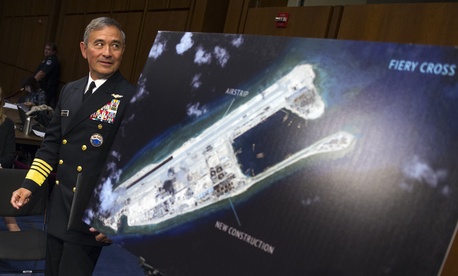 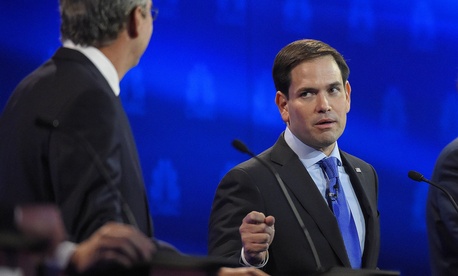