Secretary of Defense Ash Carter examines an unmanned aerial vehicle during a visit to the Naval Undersea Warfare Center Newport in Newport, R.I., May 25, 2016

At a Navy R&D lab, the defense secretary reveals a deeply layered concept of 'innovation' — and a geek's love for tech.

MIDDLETON, R.I.— Ash Carter gazed out at the 20-foot boat on Narragansett Bay, then ducked into a shipping container outfitted with big screens and a rack of computers. Outlining a course track with a few mouseclicks, the defense secretary sent the unmanned surveillance craft on its way, tootling its anti-collision horn to ward off any conventional vessel that might have strayed too close to the Naval Undersea Warfare Center’s pier. Then he chuckled.

For the physics Ph.D who once read EKGs for a hobby, a visit to the Navy research and engineering lab was a time for both geeky glee and deep strategic satisfaction. Carter has made “innovation” a watchword, but a morning spent among skilled, creative engineers revealed new layers in the way he wants people to think about it.

The military and defense community should aim to “give surprising new capabilities to old platforms,” Carter told a group during his visit. The community should use prototyping to help ideas cross the “Valley of Death” that too often separates the research lab and the acquisition system. It should remember that small quantities of special gear are sometimes enough. And it should seek to “connect domains” — that is, find ways to merge traditionally separate efforts to observe and act in the air, on land, at sea, space, cyber, underwater, etc. The NUWC-4 unmanned boat that Carter sent on a quick trip from its Narragansett Bay pier. (Bradley Peniston / Defense One)

As the defense secretary moved among the labs and workspaces, he found more than a few projects that met his criteria — among them the unmanned boat, four of which are already hunting mines with the Fifth Fleet in the Mideast, NUWC officials said.

“The essence of what is being done here is to try to go from having an idea to something that can be fielded,” Carter said. “Many of the things that they’re doing here, even if fielded in very small numbers, not in tens or hundreds or big industrial builds, but in small numbers, can make a decisive difference.”

The secretary was even more jazzed about the Blackwing UAS, an 18-inch unmanned aircraft that can be launched from a submarine to provide aerial surveillance or communications. He briefly took the controls and steered the tiny buzzing aircraft around the lab complex, NUWC officials said. Carter takes the controls of the Blackwing UAS as it buzzed over the Navy Undersea Warfare Center near Newport, R.I.(DoD / Senior Master Sgt. Adrian Cadiz)

“It used to be that undersea warfare was a domain unto itself,” Carter said. “Now, the Navy is connecting it to the rest of the Navy, the surface Navy, and to the land and air forces, which is very important, creating an integrated domain to include, by the way, the sea bed as well as the sea itself.”

Why is this important?

“For example, our undersea fleet operates from a situation of covertness and invulnerability that our surface fleet and our air fleet don’t enjoy. How can we use that to good advantage for their purposes?” he explained. “If I were to have come here 10 years or so ago, [there] would’ve been an exclusive focus on the undersea domain. [There] is now growing a much larger undersea contribution to multi-domain warfare.

“That’s something new. That’s something that’s a strategic idea, that’s part of what we’re trying to do: to use technology to make the whole greater than the sum of the parts of our already substantial investment in our military, give surprising new capabilities to old platforms or at least platforms that have been with us for a long time.”

He praised the lab — officially, the Newport division of Naval Sea Systems Command’s Naval Undersea Warfare Center — as a model for other defense efforts.

“Both the innovative style and the strategic content of what is being done here are both very significant for the department,” he said.

But was it fun? “Yes,” said Carter, smiling. “I shouldered the hateful burden of leadership and came and looked at technology today.” 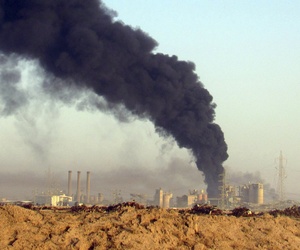 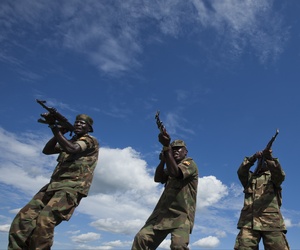 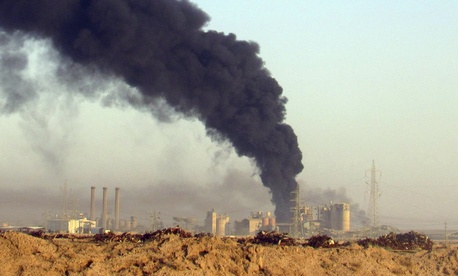 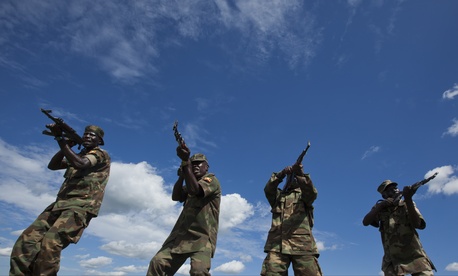