They gave the F-35 rave reviews during a show-and-tell at sea, but questions remain about its troubled software.

ABOARD THE USS GEORGE WASHINGTON – Naval aviators say guiding the F-35 Joint Strike Fighter onto the flight deck of U.S. aircraft carrier is almost like flying a plane that flies itself. The new plane’s software is meant to allow the military to train pilots faster and, in war, fly more sorties against the enemy. Pilots would spend less time throttling and figuring for flight conditions and more time coordinating with other aircraft, working with huge volumes of data, and managing complex missions against ever-more sophisticated adversaries.

It all was on display Monday as the Navy sought to convince the public that America’s most advanced fighter jet is almost ready for action. The Navy variant of the jet is expected to reach initial operating capability in 2019.

“The aircraft does a lot of stuff that, before, I would have to fight the aircraft,” said Marine Maj. Eric Northam with the VX-23 test squadron. The jet’s Delta Flight Path software, created by F-35 manufacturer Lockheed Martin has changed all that. “If I want to capture the barrier altitude that I’m climbing to … I dial in the altitude; it will climb up and capture it. If I want to capture the heading I can just use the pedals to dial in a new heading. I can keep my hands on the controls where I need to and then redirect the aircraft as required.”

(The F-18 will also soon feature a sophisticated pilot software suite called MAGIC CARPET, but it’s not on all the planes yet.)

Those additional cruise control features will allow pilots to coordinate with each other, the ground, and air units to execute smarter attacks. The plane’s data synthesizing software plays a key role there.

“You’re taking in [forward looking infrared data] the radar, the other sensor data. It fuses it all together and gives me a display. Not only that but I can take [data] from a carrier strike group, or [the Airborne Warning and Control System aircraft]. They can pump that data in from other aircraft in the strike package. The aircraft can synthesize all that other information and pump it back out as a node, if you will, to all the other aircraft,” he said. “Basically, it’s very clear to see a picture of who is a good guy, who is a bad guy. We can send everybody down range to execute whatever attack we deem appropriate at the time.”

In the future, small drones launched from a C-130 under a development program called Gremlins , could also contribute coordinating data. The objective is to essentially out-sense and outsmart every potential adversary.

“I can take off, type in an altitude, type in a heading, and just let the jet go out to fly,” said Lt. Graham Cleveland of the VF-101 “Grim Reaper” squadron , who said that pilots would probably keep the software engaged 99 percent of the time while flying, taking off, and landing. “Teaching the very basics will be easier…There’s still a man in the box. But it is safer, more efficient, easier to train to.”

The commander said the F-35’s software should allow pilots to learn how to take off and land from aircraft carriers sooner than was required in earlier fighter jets. “I think it will dramatically decrease the amount of flight hours needed to get to the boat,” he said.

“The F-35 is a lot easier to fly and a lot more difficult to operate” than the older F-18 Super Hornet, he said, because of the immense amount of data fusing required. Manufacturers and others hope that data load will be easier to manage with the eventual release of the newer, so-called Block 3F software  .

In the meantime, the augmented piloting capability was on display aboard the George Washington. Cleveland said that Delta Flight Path would “significantly increase our ability to safely land aircraft….that could lead to more sorties,” he said.

A Stealth Aircraft the First Week of the War

“Why does a stealth aircraft need external weapons? It’s a stealth aircraft for the first week of the war,” said Thomas Briggs, the lead flight test engineer for the F-35 program. “When you destroy the enemy air defenses. After that, when you need to go out and take as many bombs as you can to prosecute a mission, we can start to strap weapons under the wings and take more ordinance over the target. That’s why that’s there.”

ALIS a No Show

The F-35C had a successful day of testing on Monday, but the overall program has had its share of bad days as well. In 2014, 60 Minutes revealed the aircraft’s Autonomic Logistics Information System, or ALIS, the system that keeps track of virtually every part on the plane, was resistant to human override . The military has since said that the problem is fixed. But in February, the Pentagon’s office of testing and evaluation issued a scathing report on the jet, and ALIS: “Each new version of software, while adding some new capability, failed to resolve all the deficiencies identified in earlier releases,” it stated.

ALIS consists of a laptop that a pilot would take to the plane to take the bird’s temperature and a large number of servers to hold the program. Those servers are supposed to be on the aircraft carrier. Despite ample room below deck, ALIS was not aboard the George Washington, which relied on shoreside computers. “We are reaching back to ALIS support on the beach for our operations,” said Briggs. “The ship is not outfitted with the final production system. When we need ALIS information … we reach back through a satellite network, touching ALIS.”

He said that ALIS wasn’t important for the sorts of developmental tests that they were conducting. There was supposed to be a deployable version of ALIS aboard the USS Wasp when the Marines declared their version of the F-35, (the F-35B) operational in July 2015. But there was not.

“The Marine Corps conducted F-35 tests onboard the USS Wasp prior to declaring operational capability in July 2015, including day and night carrier missions and maintenance exercises; however, these tests did not include deployability tests of ALIS. According to the Director of Test and Evaluation, these tests were not operationally representative because of the heavy use of contractor support, and lack of other types of aircraft sharing the flight deck. He also noted that this test used the original, nondeployable ALIS server,” a Government Accountability Office report said.

Lockheed Martin and the Pentagon say that the problems with ALIS won’t ground the fleet, despite GAO warnings to the contrary . But getting ALIS onto carriers is key if maintainers are going do their job. Basically, if we are at war with China, you don’t want a bunch of aircraft carriers in the Pacific streaming terabytes of sensitive maintenance data on all your combat F-35s to Houston. Getting a carrier version of ALIS deployed remains a point of concern for the overall program.

Rear Adm. Roy Kelly directs Joint Strike Fighter Fleet Integration for the Navy. When asked if there was any concern about integrating ALIS onto existing carriers in accordance with the testing timeline (it’s supposed to be aboard the USS America for a second round of tests in October ), he answered: “There is. There is.” 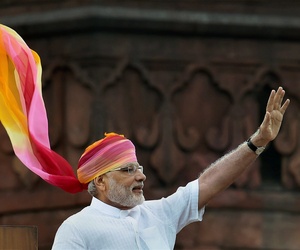 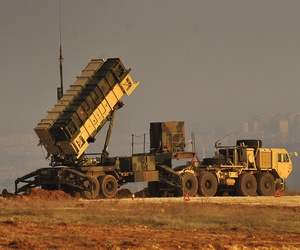 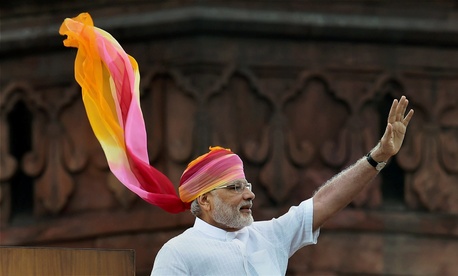 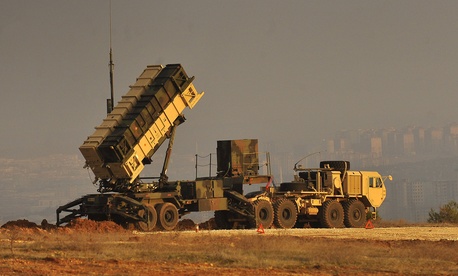