SpaceX's SES-10 Launch was the world's first reflight of an orbital class rocket.

The successful test flight of a used rocket is a milestone in the effort to drastically lower the cost of putting a satellite in orbit.

“I did have like two boxes of Xanax, I think that might have helped,” the SpaceX founder joked afterward, adding, “I was nervous that I wasn’t nervous enough.”

And why not? The launch itself was not only a historic first, but the culmination of 15 years of work and $1 billion of investment in rocket reusability in an effort to get rockets, today largely disposable, to work more like planes by flying 10 and eventually 100 times apiece.

“Reusable rockets are real!” tweeted Bobby Braun, a former NASA official who is now dean of the engineering school at the University of Colorado, Boulder. He compared the rocket to the first successful commercial airliner, the Boeing 707, which ushered in the jet age.

“At this point I’m highly confident that it’s possible to achieve at least 100-fold reduction in the cost of space access,” Musk said after the demonstration.

Martin Halliwell, the chief technical officer at SES, the Luxembourg satellite operator that hired SpaceX to fly this mission, predicted a new normal, saying, “My belief is within 24 months SpaceX will offer a service to orbit, and it will be irrelevant if its new or pre-flown.”

Reusability has been at the center of SpaceX’s work ever since Musk set out to reduce the cost of space travel. He’s not the only one aiming at that target. Amazon founder Jeff Bezos has his own space company, Blue Origin, and the two have been racing to be the first to demonstrate a viable reusable rocket.

The two companies’ clashes include legal salvoes over who owns the intellectual property underlying the use of autonomous barges as sea-going landing zones for rocket boosters. Blue Origin secured the patent on the idea, but SpaceX issued a legal challenge in 2014 and won a partial victory in 2015. SpaceX has now landed six boosters on floating landing pads.

Another conflict involves vital real estate, Kennedy Space Center’s historic Launch Pad 39-A, which was the departure point for Apollo moon rockets and Space Shuttle expeditions—and SpaceX’s latest launch. In 2013, Musk won the battle to lease the pad for five years. At the time, Musk pooh-poohed his rival’s bid because its rockets were not ready for high-speed flight.

“I think it’s a bit silly because Blue Origin hasn’t even done a suborbital flight to space, let alone an orbital one. If one were to extrapolate their progress, they might reach orbit in five years, but that seems unlikely,” Musk told Reuters in 2013.

Musk was right about that—Blue Origin hasn’t gone orbital, yet. But it did steal some of SpaceX’s thunder by launching and reusing its New Shepard suborbital rocket five times last year. Blue Origin won the prestigious Collier Trophy, an aerospace award that pre-dates the Wright Brothers, for this feat. Bezos and Musk have snarked at each other on Twitter over the importance of this accomplishment, and it’s no accident that Musk and the other SpaceX employees we spoke with described their newly re-launched rocket as “orbital class.”

“It’s a little counter-intuitive, they see a rocket going straight up, and you think, well, that’s the way rockets go to space. They go straight up and suddenly gravity stops at some point…that’s not at all how it works,” Musk said. “So we have the word orbit. The way that things go up, and stay up, is they zoom around the Earth so fast that the upward acceleration is equal to the negative acceleration of gravity, they null out, and that’s why you don’t come back.”

To date, the Falcon 9 is the only rocket booster combining the power and mass necessary to reach orbital speeds, with the ability to survive re-entry without burning up. But it’s not likely to be the only one for long: Blue Origin is developing its own reusable orbital rocket now. Asked directly about his competitor’s plans, Musk was coy.

“What’s that saying about the best form of flattery?” he asked, before noting that “rapid and complete reusability of rockets is really the key to opening up space and becoming a space-faring civilization.”

And he means rapid: SpaceX’s new goal is to begin reusing rockets within 24 hours of landing, with just an inspection and a re-fuel. 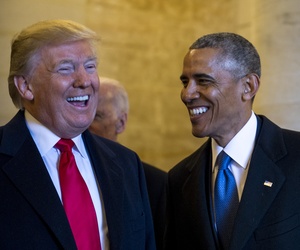 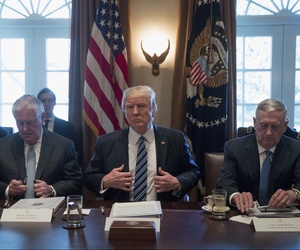 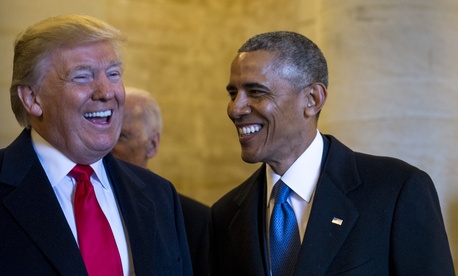 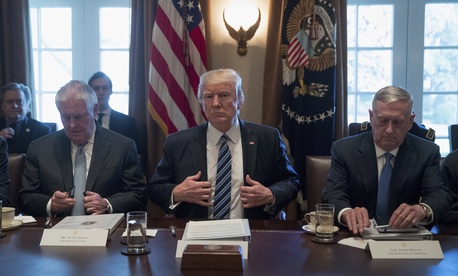