Why the F100 Engine Is the Best Choice for the F-15EX
Skip to Content
Get all our news and commentary in your inbox at 6 a.m. ET.
Threats
Is the Shutdown Making Us Vulnerable to a Cyber Attack?

With the federal government shut down, there's fewer staff to prevent a cyber attack. By Brittany Ballenstedt 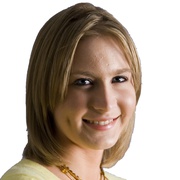 With electronic infrastructure still up and running despite the government shutdown, the lack of staff support in information security shops is likely affecting the government’s ability to respond to cyber threats and attacks and creating potential ripple effects for cybersecurity going forward.

“What I would expect is that, by and large, just like the other services, information security is vastly undersupported, and that means that the exceptional circumstances are a problem,” said Tim Erlin, director of IT security and risk strategy at security software firm Tripwire. “When there’s an alarm or alert, the number of people available to investigate and deal with the consequences has been drastically reduced. It’s not that nobody will see the alarm; it’s that the response will be limited.”

The shutdown situation also poses threats similar to those on holidays, weekends and late nights when IT staff are operating with skeleton crews, said Lamar Bailey, Tripwire’s director of security research and development. Hostile nation states may look to exploit the shutdown as much as possible while federal agencies are distracted, he said.

[Click here for Defense One's complete coverage of the shutdown.]

“If a zero day came out today, it would be hard for government to respond,” Bailey said. “And next week, if the [shutdown] is still going on, there’s going to be a skeleton crew who can start rolling out the patches.”

There also is the ripple effect that having federal employees and contractors away from their jobs will mean that they will have a backlog of work when they return in order to return systems to a stable state. “This creates a backlog and distracts people from securing the systems,” Erlin said.

Another area of concern is that while many furloughed federal workers have shut down their desks and turned in their phones, many of them have taken their laptops home with them. “If this lasts for any amount of time and you’re not using the laptop for work, there’s a chance for the laptop to go missing,” Bailey said. “That data leakage opportunity exists as this goes longer.”

It’s also questionable whether the system to report a missing piece of hardware is considered an essential service, Erlin added. “We may find that data that’s compromised doesn’t actually surface until post-shutdown when someone actually manages to read that report that a laptop was stolen,” he said. “That’s an example of an essential service being under-supported rather than nonexistent.”

(Image by Andrey_Popov via Shutterstock)