A panel of experts crunched the numbers on the Pentagon’s ‘least bad’ options for coping with sequester-driven cuts into the next decade. The results will surprise you. By Ben Watson

Forget terrorism. The Pentagon’s best chance to field the best military with the smaller budget imposed by sequestration may just lie in preparing for nuclear war with Russia and China.

According to a new study, United States defense leaders should focus more on a “great power conflict” reflective of a newly aggressive Russia and rapidly modernizing China. Doing so would force the Defense Department to modernize its existing force and invest significantly in maintaining technological advantages at the expense of unlikely-to-be used ships, aircraft and soldiers. Among the arsenal the U.S. should keep: the full triad of bombers, submarines and intercontinental ballistic missiles meant to deter or carry out nuclear warfare.

While the space between Syria and Iraq commands headlines this month, it’s Moscow and Beijing that leads researchers to offer an unexpectedly “go big or go home” proposition for the U.S. military. The route offered on Wednesday by budget experts at the Center for Strategic and International Studies, or CSIS, calls for moving $10 billion from the procurement budget and “force structure,” (military jargon for the number of people in the military and all that is required to support them, roughly) and giving those funds to investments. The CSIS plan would increase the number of attack submarines at sea, significantly ramp-up surveillance in both air and space, and emphasize select ground troops like special operations forces and heavy infantry. The costs would be absorbed by a reduction in aircraft carriers, F-35 Joint Strike Fighters and the Air Force’s shorter-range aircraft.

Like good commanders, the CSIS panelists offered several options ranging from one unlikely extreme to another, but said the best option was this middle one.

“The trend lines in the relationships between the United States and its near-peer competitors, China and Russia, are worsening—cooperation and competition have been largely replaced with competition, which itself is migrating toward conflict,” the authors of the study wrote. “We believe that a 2021 affordable military that is focused on the growing conflict with China and Russia is the ‘least bad’ option for this punishing fiscal context of fewer and weaker defense dollars.”

CSIS researchers estimated the Pentagon’s base budget—which peaked in fiscal year 2012—will fall by 21 percent between 2012 and 2021. Analysts balanced the Pentagon’s stated goals in the 2012 Defense Strategic Guidance and the 2014 Quadrennial Defense Review against sequestration spending limits currently in place through 2021, and came up with four options.

The first option, or “do nothing different”, spreads $492 billion in reductions across the entire department equally. The second option focuses on Asia and the Pacific region, leaning heavily on the Navy and Marines—including adding one carrier, guided missile destroyers and Joint Strike Fighter jets—and less on the Army’s heavy infantry brigades. The fourth option is a “soft power” approach that includes moving $10 billion from weapons modernization over to financial assistance programs.

It was the third option that scholars said offers the most bang for the Pentagon’s diminishing buck. The group made a wish list of “must-have capabilities” that came out of discussions among the CSIS working group and unnamed subject matter experts consulted in the process. The “must-haves” include:

The “must-have” package is costly, though the study refrained from laying out the costs for such a wish list. The Pentagon has requested $496 billion, along with nearly $80 billion for the Afghanistan war, for fiscal year 2015. That’s a $145 billion step down from what the Pentagon spent in 2011.

(Related: The Myth Behind the Hollow Force)

“No question, these are hard fiscal realities,” the study’s authors wrote. “’Wishing and hoping’ they will go away is not a strategy, as it leaves a [Defense Department] in denial unprepared in the event that they don’t go away.”

For nearly three years, Pentagon officials have been in varying states of denial and frustration over how long the sequester cuts would last. They’ve been even more nervous about their effect on how prepared their troops will be for future conflicts. Lawmakers, meanwhile, have warned that those budget caps are likely to last longer than defense officials would admit.

“Recent events—such as China’s more aggressive actions to secure its claims to 90 percent of the South China Sea and Russia’s annexation of Crimea—certainly reinforce the idea that relations between the United States and its near-peer competitors seem more conflict prone,” the study concluded. “In focusing its defense investments on the potential for greater conflict between the major powers, the United States is not preparing for a ‘war fight’ with the China and Russia but pursuing its traditional ‘peace-through-strength’ strategy for deterring, containing, and influencing its Cold War adversary. And by giving higher priority to capabilities that directly engage its powerful adversaries versus those aimed primarily at assuring U.S. friends and allies, the United States is sending the clear message, as the maxim goes, that ‘it will help those who help themselves.’ When establishing defense priorities during an age of austerity, [the Defense Department] must look to its own interests first.”

(Related: Dempsey Wants to ‘Rebalance the Use of Military Power’)

The “risks are beginning to accrue,” Gen. Martin Dempsey, chairman of the Joint Chiefs of Staff told PBS in March. But, he said, “Even at the budget level that has been submitted by the department, which is about $115 billion over the Budget Control Act…at that level we can still be the most powerful military in the world in 2020, which is about where we project out to.”

Read the “Building the 2021 Affordable Military” report in full here. 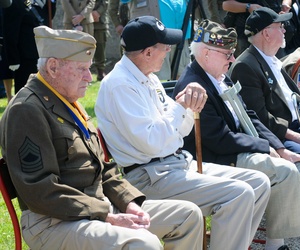 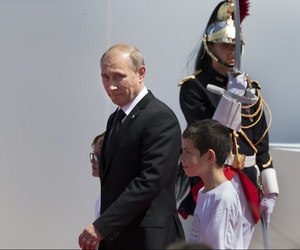 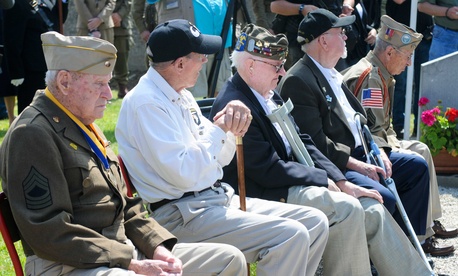 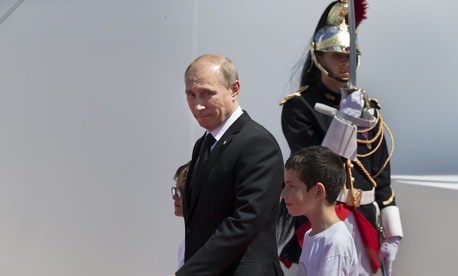