If the Iraqi forces are to defeat ISIS in Tikrit, they need local residents to rise up against the terrorists. But increasing Iranian influence is casting doubt on that outcome.

The Iraqi government’s latest attempt to retake Tikrit is long overdue. Saddam Hussein’s hometown has been in the hands of ISIL—aka the Islamic State, or ISIS—since early last summer. It is a strategically important milestone on the way to ISIL’s northern stronghold of Mosul.

The performance of Iraqi troops and air-force jets in the battle of Tikrit will indicate their preparedness for the much tougher fight in Mosul. Urban warfare is brutal and slow, so Tikrit will be a litmus test for both the fighting skills and the stamina of the Iraqi forces.

There’s already cause for alarm. Early reports indicate that Shia irregulars are leading the assault on Tikrit, under the supervision of Hadi al-Amiri, nominally Iraq’s transport minister, but better known as the leader of the Badr Organization, an Iran-backed militia notorious for brutal torture and murder of Sunnis.

Apparently unsatisfied with having a surrogate in the battlefield, Tehran has also despatched to Iraq’s Salahuddin province—of which Sunni-majority Tikrit is a part—the notorious Qassem Suleimani, the general who supervises most of Iran’s proxies, from Hizbollah in Lebanon and Hamas in Gaza, to the Houthis in Yemen.

One of the world’s most dangerous men, Suleimani has had the freedom of Iraq for over a year, building and reinforcing Shia militias that have been murdering and terrorizing Sunnis with almost as much enthusiasm—if not with quite as much efficiency—as ISIL has been slaughtering civilians.

This bodes ill for the campaign in Tikrit. If the Iraqi forces are to defeat a well-entrenched ISIL in Tikrit, they need local residents to rise up against the terrorists. But by inviting the Shia militias to the fight, the government in Baghdad is in effect putting Tikriti Sunnis between a rock and a hard place: If they help defeat the terrorists, they face the very real possibility of being killed by their “liberators.” This is not a theoretical danger: Only last month, Shia militias butchered 72 unarmed Sunnis—under the very noses of the Iraqi security forces—in the village of Barwanah.

If the residents of Tikrit haven’t already heard that Amiri and Suleimani, along with their militias, are part of the attack on their city, you can bet ISIL will make it a big part of its own propaganda messaging. Word will no doubt have reached Mosul, which is also overwhelmingly Sunni.

(Related: Clapper: People in Mosul May Be Getting Sick of ISIS)

Suleimani’s presence in Salahuddin is especially infuriating for many in Mosul, a city that prides itself as the birthplace of Iraqi military heroes. He is a veteran of the eight-year Iran-Iraq war, and is seen to have Iraqi blood on his hands. That he should now be effectively calling some of the shots in the Iraqi military campaign is a humiliating reminder of Baghdad’s subservience to the old enemy.

Perhaps it is to stay out of any sectarian conflict that the US military is keeping the Tikrit campaign at an arm’s length: It is not providing any air support to the Iraqi troops. But should the fight against ISIL devolve into a Shia-Sunni bloodbath, the US can hardly watch from the sidelines. 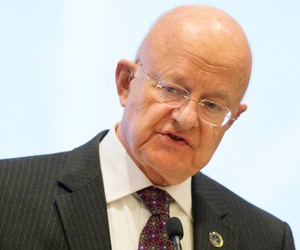 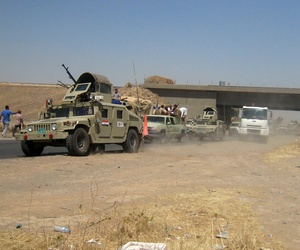 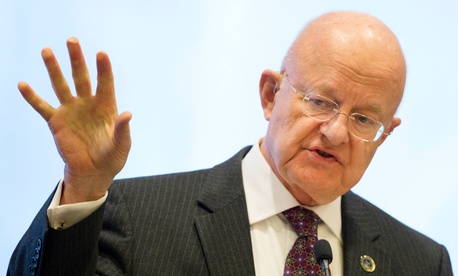 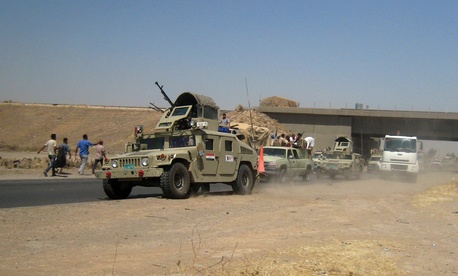