There’s no end in sight for an air campaign that has killed some 8,500 militants and cost more than $2 billion.

Today marks the nine month anniversary since the start of the U.S.-led air campaign, later named Operation Inherent Resolve , against the self-declared Islamic State (IS) in Iraq and Syria. The air war, which Secretary of State John Kerry then described as definitively not a war, but rather “a heightened level of counterterrorism operation,” shows no sign of ending. U.S. Central Command (CENTCOM) Commander Gen. Lloyd Austin told the House Armed Services Committee in March, “The enemy is now in a ‘defensive crouch,’ and is unable to conduct major operations.” The Pentagon has released a series of maps that purportedly detail the loss of territory under control by IS. However, the number and competence of Iraqi and Kurdish ground forces required to ultimately defeat IS militants on the ground, and then control, secure, and administer newly freed territory, are lacking. In an unnoticed indicator found in the prepared testimony before the House Armed Services Committee, two U.S. Air Force lieutenant generals acknowledged: “These combat operations are expected to continue long-term (3+ years).”

U.S. officials have gone to great lengths to emphasize the contribution of coalition members in conducting airstrikes against IS, and, in September, even refused to expand the scope of its targets until those partners publicly committed their support.  It is no surprise , given its vastly larger and more proficient aerial capabilities, that the United States has been the primary source of all airstrikes against IS, even while the number of participating militaries has increased from nine to twelve since September. The table below breaks down coalition support for the 3,731 air strikes.

One concern relayed to me from CENTCOM officials was that the Saudi-led intervention in Yemen would cause the Gulf Cooperation Council (GCC) coalition members to redirect their combat sorties from bombing IS toward striking Houthi militants in Yemen. It appears that this concern has not yet become a reality. Between March 25, when the GCC intervention in Yemen began, and May 7, a total of 791 airstrikes were conducted in Iraq and Syria, 74 percent by the United States and 26 percent by coalition members, according to data provided to me by the Combined Joint Task Force – Operation Inherent Resolve (CJTF-OIR). This is a slightly increased contribution from non-U.S. coalition members.

It is possible that the slight increase in coalition contributions since March 25 reflects Canada’s April 8 decision to expand its kinetic operations into Syria—becoming the only other country, besides than the United States, to do so. As of May 5, Canada had conducted 564 sorties by CF-188 Hornet fighter-attack aircraft. However, the Canadian military does not disclose how many of those sorties resulted in the actual dropping of bombs, so the percentage of overall coalition airstrikes that it is responsible for cannot be attributed.

Meanwhile, the U.S. military has documented that lots of people and things are being destroyed. For a military that often claims it does not do “body counts,” it has done so repeatedly. Most recently, General Austin declared in March that 8,500 IS militants had been killed. The Pentagon lists more than 6,000 IS targets as having been destroyed. Most notably, CENTCOM press releases indicate that more than 500 “excavators” have been destroyed—as if IS is the world’s first terrorist landscaping company. All of this destruction is coming at a direct cost to taxpayers of an estimated $2.11 billion , or $8.6 million per day. How this open-ended air war will shift when the United States begins providing close air support for trained Syrian rebels in a few months is unknowable. 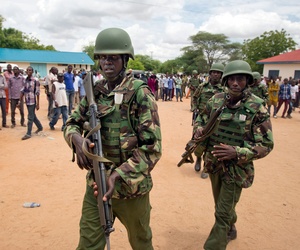 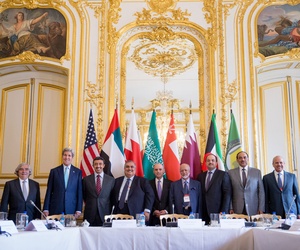 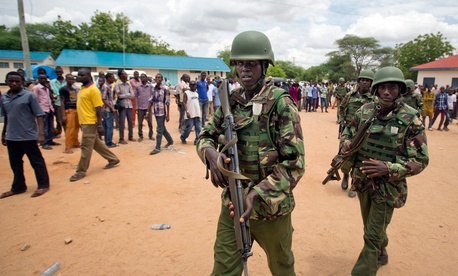 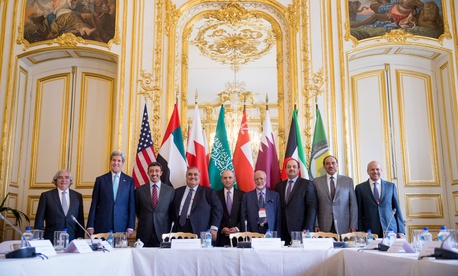