Paul Jamrowski wipes away tears as he speaks with the media about the death of his daughter at University Medical Center of El Paso, Sunday, Aug. 4, 2019, in El Paso, Texas.

FBI Director Christopher Wray said recently that the bureau doesn’t “investigate the ideology, no matter how repugnant. We investigate violence.”

There was, it seems, no time to avert the massacre.

The anti-immigrant, white-nationalist manifesto heralding an imminent attack was uploaded to the online message board 8chan only minutes before a shooter killed at least 20 people out shopping on a late-summer Saturday in El Paso, Texas.

But in another sense, if U.S. authorities confirm that the document was written by the 21-year-old white male suspected of committing the atrocity, then there was plenty of time—numerous years in which violence by far-right, white-supremacist extremists has emerged as arguably the premier domestic-terrorist threat in the United States. The government may be working to prevent these violent acts, but it’s devoted less attention and fewer resources to the toxic ideology that knits them together.

The Anti-Defamation League recently reported that right-wing extremists were linked to more murders in the United States (at least 50) in 2018 than in any other year since 1995, when Timothy McVeigh bombed an Oklahoma City federal building. The organization also found that in the past decade, roughly 73 percent of extremist-related fatalities have been associated with domestic right-wing extremists, relative to about 23 percent attributed to Islamist extremists.

Such extremists have been tied to deadly rampages over the past year at synagogues in Pittsburgh and Poway, California, and possibly to a mass shooting just last week at a garlic festival in California. The statement posted shortly before the El Paso shooting cited the live-streamed assault on two mosques in New Zealand earlier this year, along with that perpetrator’s sprawling white-nationalist manifesto, as inspiration. (The motive for a killing spree in Dayton, Ohio, mere hours after the El Paso shooting isn’t yet clear.)

President Donald Trump, who has stoked fear of immigrants, inflamed racial divisions, and excused the activities of white nationalists, has cut funding for, and in some cases wholly eliminated, initiatives begun under Barack Obama to counter violent extremism (known as “CVE”), including of the white-supremacist variety. But the Obama administration’s efforts also tend to be exaggerated. Today the U.S. government’s CVE programs “largely continue as they have for the past decade: underfunded, understaffed, and focused on individuals influenced by the Islamic State and other jihadi groups more than right-wing extremists,” the extremism experts Seamus Hughes and Haroro Ingram wrote in March.

“The overwhelming majority of our domestic counterterrorism infrastructure is geared toward the threat of international [jihadist] terrorism,” the former Department of Homeland Security official George Selim told me.

The FBI has noted that most of its domestic-terrorism cases featuring a racial motive involve white supremacists. The bureau doesn’t “investigate the ideology, no matter how repugnant. We investigate violence,” FBI Director Christopher Wray explained in July, adding that the agency operates with broad categories of “racially motivated” violence in mind.

Yet domestic terrorism by white nationalists is too often treated as “isolated, unconnected incidents,” argues the terrorism expert Clint Watts. This violence looks different than the sophisticated international jihadist attacks that Americans have come to associate with “terrorism” over the decades. It is carried out by Americans using guns, and thus bound up in the divisive political debate about gun violence. And it is largely a leaderless movement, in contrast to groups such as al-Qaeda and ISIS, which have identifiable leaders. (In this, it has more in common with homegrown jihadist terrorism.) These differences, however, are deceptive. Watts points out that in recent years, discernible patterns have developed in white-nationalist violence—the recurring targeting, for example, of minorities, and especially of black, Jewish, and Muslim places of worship.

Short of opening such an investigation or reacting to violent acts, Watts notes, it’s nearly impossible for federal investigators to prevent white-nationalist attacks, since would-be perpetrators’ speech is protected by the First Amendment and their access to arms assured by the Second Amendment.

All the government can currently do to combat the threat of white-supremacist domestic terrorism is “arrest, prosecute, and imprison” through investigations into possible violations of federal criminal law, explained Selim, who’s now with the Anti-Defamation League. We don’t yet have the full picture of the El Paso attack, he stressed, but considering what we know so far, the FBI had no basis for initiating an investigation or making an arrest prior to the shooting.

If the allegations and the alleged shooter’s connection to the manifesto are proved true, “then this is just another node of where the federal government, as well as state and local law enforcement, need to continue to expand the scope of their risk and threat detection into social-media channels like the ones allegedly used in this and other incidents of domestic terror,” Selim said.

“There’s an open and ongoing debate about whether the government has an appropriate role fighting ideologies at all, but if it’s going to fight one ideology, such as jihadism, it should take an even-handed approach and also confront white supremacist ideology,” J. M. Berger, an expert on extremist ideologies, told me by email. “The government was doing little programmatic work under the Obama administration in this respect, and it’s doing even less programmatic work now.”

“At this point,” he added, “it would be a win if the administration would just stop throwing red meat to white supremacists, but there seems to be little chance of that.” 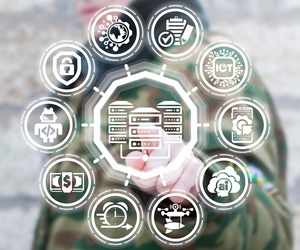 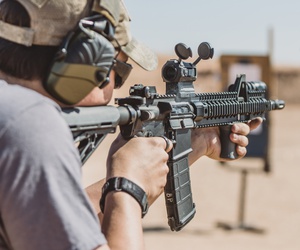 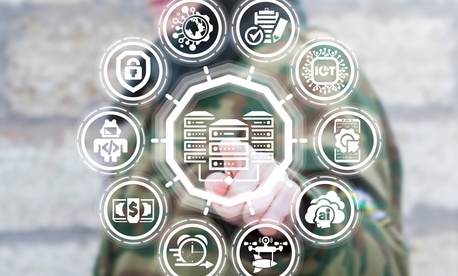 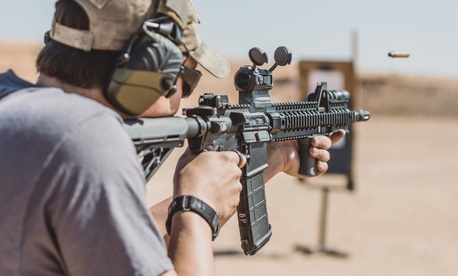