New VA Reform Bill Is a Stopgap, Not a Solution

A VA official helps out two vets at a crisis center set up by the American Legion in Phoenix, on June 10, 2014.

The Miller-Sanders legislation announced Monday should make great changes to a broken system. But don't mistake it for a comprehensive reform bill. By Jesse Sloman

The Department of Veterans Affairs has been rocked by repeated scandals over the past few months, revealing a shocking level of routine misconduct and a corrosive management culture which encouraged false reporting and reprisals against whistleblowers. On Monday, Senator Bernie Sanders and Representative Jeff Miller unveiled a bipartisan bill that gives the VA secretary greater leeway to fire senior managers, allows veterans to visit a civilian provider if a VA doctor cannot see them promptly, and sets aside extra funding for the hiring of additional doctors and nurses.

While the legislation is a step in the right direction, it still does little more than provide a quick fix for the Department’s most pressing problems. The root causes of the current crisis lie in the changing demographics of the American veteran population and the dramatic rise of the VA’s workload and costs. Tackling these challenges requires measures that go beyond the department. Veteran care is the responsibility of the entire federal government and it will take interagency reforms to create long-term solutions.

Over the past decade, the VA has faced a significant increase in claims requests and patient load caused by two external stressors. First, as older veterans age and face worsening health problems, their treatment and benefits become progressively more expensive. Many are only now submitting claims for injuries sustained years earlier, creating a surge in new applications even as the wars in Iraq and Afghanistan are producing additional beneficiaries. In 2011, despite the growing numbers of post-9/11 veterans in the VA system, 53 percent of individuals receiving disability compensation for the first time were over the age of 55.

Second, since 2001, over 2.5 million military members have served in Iraq and Afghanistan. Approximately 45 percent of these post-9/11 veterans file for VA benefits, making their claims request rate far higher than that of earlier generations. Thanks to advances in medical care, Iraq and Afghanistan veterans are surviving wounds that would have proved fatal in previous wars. This has driven the average number of diagnosed conditions per veteran up to six compared to just three and a half for those who fought in Vietnam.

The military compensation system is also partially to blame for the high percentage of post-9/11 veteran claims. Because the most valuable retirement benefits are contingent on a full twenty years of service, the vast majority of veterans—who serve honorable but shorter tenures—lack a pension or subsidized health care. This is true regardless of whether a servicemember has been in combat or has had to endure multiple extended deployments.

For example, an infantry Marine with four tours in Iraq would receive nothing if he left after 10 years in uniform. A Marine who finished his 20 years of service without ever getting shot at—or leaving the United States—would make close to 50 percent of his or her salary starting the day he or she retired. Harvard professor Linda Bilmes has argued that, “[F]or vets returning home after two or three grueling tours, disability compensation has become a kind of substitute for retirement benefits.”

The Miller-Sanders legislation should help to improve the VA’s organizational culture, relieve the workload of current providers by adding new hires, and create a much-needed second option for veterans who are unable to get timely treatment. However, it should not be mistaken for a comprehensive reform bill. The legislation does not address the dramatically rising costs associated with veteran care and benefits—expenses that have tripled in the last ten years and show no signs of decreasing in the near future. It also fails to tackle one of the most frequently cited weaknesses in the current system: coordination between the VA and the Defense Department.

Congress should commission a comprehensive study of veterans’ issues throughout the federal government, paying particular attention to areas of tension and duplication in the DoD and the VA. Both the Pentagon and the Veterans Health Administration (VHA) are responsible for administering massive health systems, serving 9.6 and 6.3 million patients respectively. Yet they are funded, administered, resourced, and housed almost entirely separately. Integrating some of the services and facilities offered by these two systems has the potential to not only deliver tremendous savings, but also to increase the standard of care for veterans and active-duty servicemembers alike.

Congress should closely examine the Captain James A. Lovell Federal Health Care Center, a jointly manned and administered hospital opened by the DoD and VA in 2010. The Center represents a radical new approach to federal health care provision and may be a model for future interagency collaboration.

Military compensation also deserves a closer look. Congress has already established a commission to assess the current system and recommend changes, but the investigation must consider compensation for military service holistically by taking into account VA benefits and health services as well as those provided by the DoD. The commission should be encouraged to explore innovative ideas for combining compensation in ways that simplify the administrative process for beneficiaries, improve benefits, and reduce costs.

For example, it may be useful to provide certain categories of veterans with subsidized health care through the military’s Tricare system rather than the struggling VA. Similarly, the process through which DoD retirement pay is offset to match VA disability benefits has become inconsistent and needlessly complex. The dual benefits should be reconciled.

There are some areas where the DoD and VA have begun to take important measures to improve integration, only to let them languish due to bureaucratic inertia. The creation of a combined electronic health record has long been seen as a crucial means of reducing processing times and smoothing the transition of patients from the DoD to the VA. Despite years of effort, a recent Government Accountability Office (GAO) report found that both agencies have failed to reach an agreement on a joint strategic plan or provide meaningful details on the new interoperable electronic health record.

Similarly, the Integrated Disability Evaluation System (IDES), a program created in 2008 to smooth the disability claims process for transitioning servicemembers, is still underperforming and failing to meet its goals for beneficiary wait times. If these initiatives are ever successfully implemented, they will likely improve veteran care while also saving money.

Ultimately, what veterans need most is creative problem solving and legislators who are willing to make hard choices. The VA is reaping the costs of a decade of conflict while simultaneously struggling to provide for the escalating needs of previous generations of veterans. Solutions to the current crisis, while important, will not be enough to ensure America has a veteran health and benefits system that is both comprehensive and sustainable.

Congress must continue to improve and streamline the VA’s current processes, but it must also look beyond the department and identify areas throughout the federal government where changes can be made, cost savings realized, and, most importantly, care can be improved. Our nation’s veterans deserve nothing less.

Jesse Sloman is a research associate at the Council on Foreign Relations and a member of the Truman National Security Project’s Defense Council. He served on active duty in the Marine Corps from 2009 to 2013. 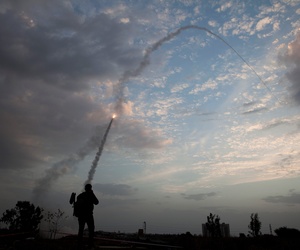 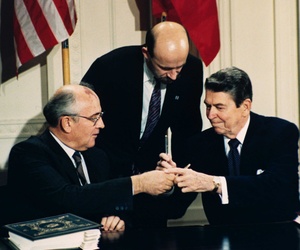 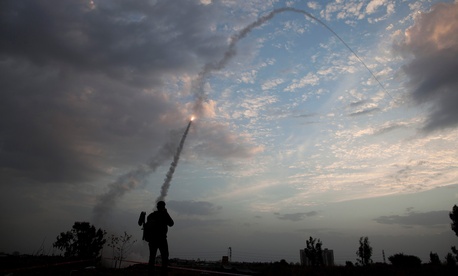 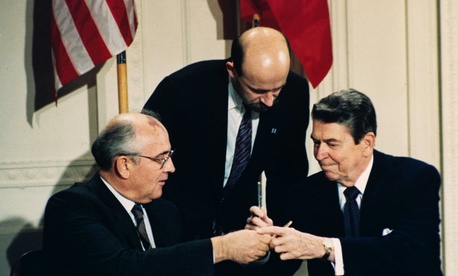